The ad is paid for by "Duty and Honor," an offshoot of "Majority Forward." 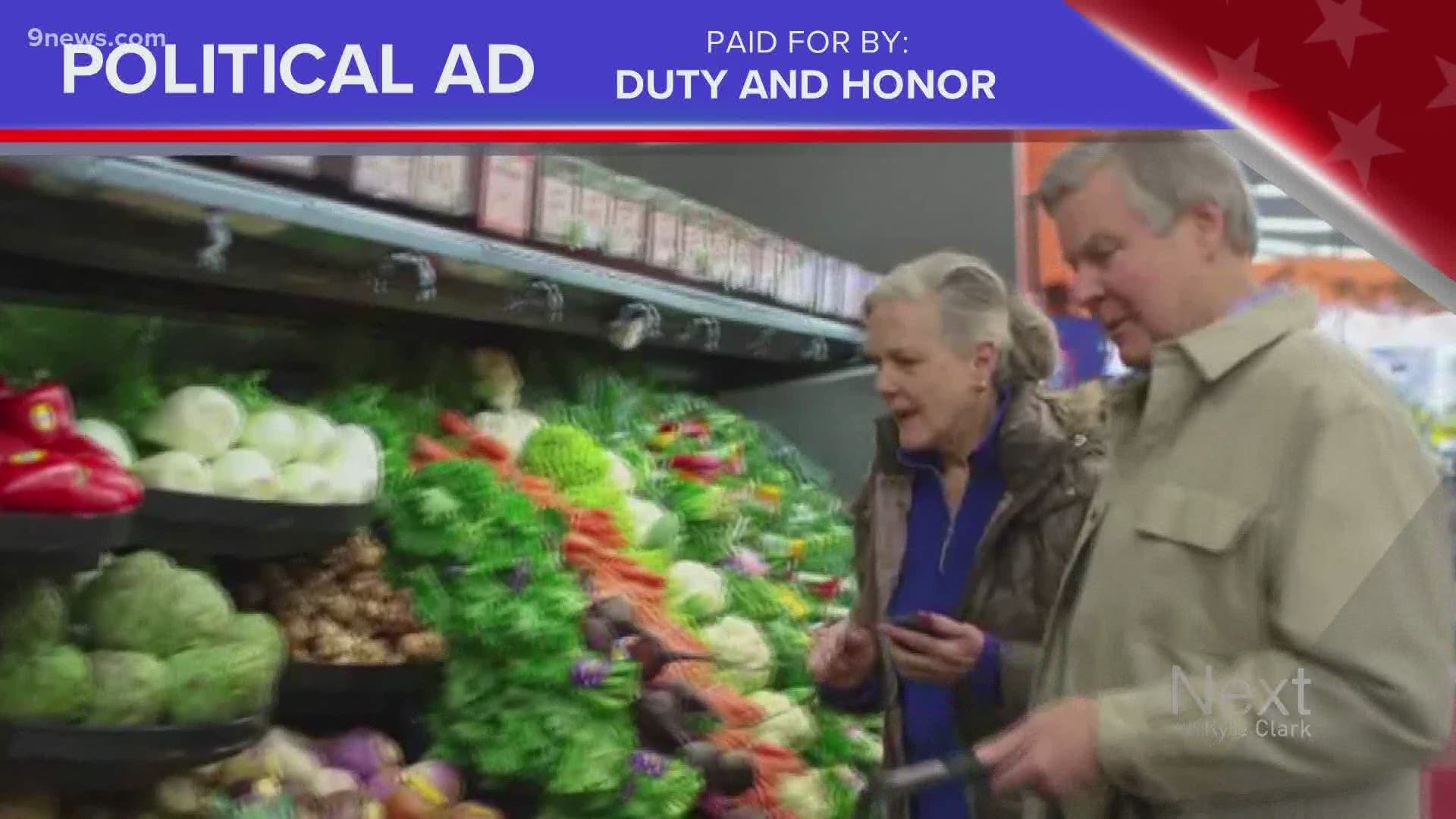 DENVER — Truth Tests normally begin with a look at the claims, but this one needs to start with the group responsible for the claims.

"Duty and Honor" is responsible for an ad going after Republican Colorado Sen. Cory Gardner and his votes regarding coverage for preexisting conditions.

What exactly is Duty and Honor?

OpenSecrets.org has a great flow chart to show the cozy relationship many dark money groups have with known political action committees.

Both reference Coloradans "fighting cancer, diabetes or heart disease" and then reference nine votes made by Gardner. Let's look at that claim.

AD/CLAIM: "Why did Cory Gardner vote with the insurance companies nine times to eliminate protections for people with preexisting conditions?"

VERDICT: The claim asks "why" which is a question of intent. This Truth Test will not answer the question of intent. It's not clear why the ad says he voted with insurance companies. Duty and Honor did not provide proof linking insurance company lobbying, with votes made by Gardner. The nine votes doesn't tell the whole story about Gardner and preexisting conditions.

BOTTOM LINE: Yes, Gardner has a voting history to weaken the Affordable Care Act, including coverage for those with preexisting conditions. However, voters should have known that when they elected him in 2014 in the first place.

When asked for supporting information for the claims, "Duty and Honor" provided nine votes Gardner recorded between July 25, 2017 and Oct. 30, 2019.

The end of the ad, as well as the Majority Forward ad, ask you to call Gardner and have him support S.466. That bill would prevent states from being able to waive parts of the Affordable Care Act, which would allow financial aid to go to insurance plans that don't cover preexisting conditions.

On Aug. 6, just before the Senate went on break, Gardner introduced bill S. 4506. The bill text is eight lines long, when you open it in pdf form. It's entitled: "To ensure coverage of pre-existing conditions under private health insurance, and for other purposes."

Here is the text of the bill:

Despite multiple requests to speak with Gardner about his bill, his Senate staff and campaign spokesman have not made him available.