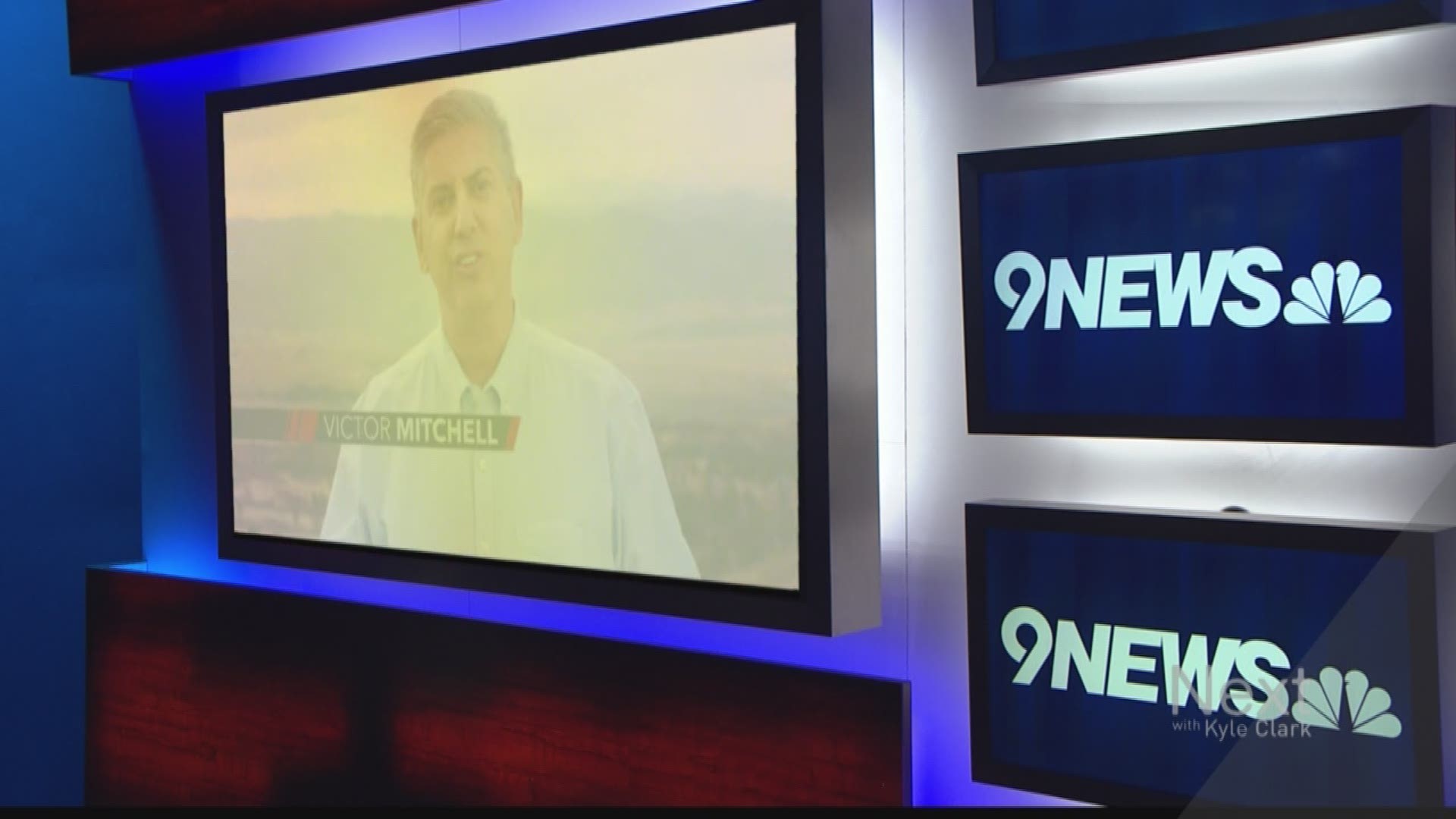 Vic Mitchell is running for governor of Colorado, but he has to beat three other Republicans in a June primary first.

Rather than directly campaign about who in the GOP primary has the better background, he's chosen to take the more roundabout approach of attacking California in a 30-second television ad.

It starts with Mitchell asking viewers what happens when you put “career politicians” in charge and goes on to describe the California as a violent, lawless and all around terrible place to call home.

Mitchell (a former elected member of Colorado’s state legislature) then tells the audience to vote for him, “the outsider businessman,” or else those career politicians will make Colorado the new California.

Mitchell doesn’t define the phrase “career politicians,” but the general idea that lawmakers become less connected to their constituents over time gives us some areas where we can compare numbers.

9NEWS compared term limit laws in California to Colorado and found that California’s rules for its state legislature are more restrictive.

California’s state lawmakers can serve a maximum of 12 years while Colorado politicians can serve up to 16 years in the state legislature.

California state lawmakers do get paid a lot more than their counterparts in Colorado. It’s a full-time job in The Golden State.

Both states have the same 8-year term limit for their governors.

9NEWS also checked on how long people elected to the U.S. Congress – where there are no terms limits – have spent in Washington D.C.

The numbers are similar. On average, Colorado’s U.S. representatives and senators have spent 9.2 years in office while California’s lawmakers have served 10.6 years.

CLAIM: Violent crime is up in California

The headline from the San Francisco Chronicle is accurate, but it leads viewers to believe that the recent rise in crime is unique to the California. It’s not.

The very first sentence of the article explains that violent crimes also increased “around the country in 2016” for the second straight year, according to an annual FBI report.

Coloradoans also reported more violent crimes in 2016 than they did in 2015. In fact, the percentage increase for Colorado (9.4 percent) was about double California’s (4.7 percent).

CLAIM: California has worst “quality of life” in US, study says

It's true that a U.S. News and World report rated California dead last for “quality of life,” but this needs context because "quality of life" in this report meant air quality, pollution, voter participation and social support.

Things like healthcare, education, economy, crime and infrastructure all counted as separate categories.

California ranks 32nd overall while Colorado comes in at No. 10.

The best overall state was North Dakota and the worst was Louisiana, according to the report.

California uses a progressive (or “graduated”) tax system, so how much you pay in income taxes depends on how much you earn.

Californians who earn more than $1 million a year pay 13.3 percent in state income taxes, which is the highest rate in the nation. However, the poorest Californians pay only 1 percent.

Coloradans all pay the same flat rate of 4.63 percent – meaning lower-income earners in California keep more of their money than the same workers in Colorado.

Comparing Colorado traffic to LA traffic is like comparing apples to watermelons.

L.A.’s metro area has nearly five times as many people as Denver and they’re packed in twice as tightly.

The bottom line is Mitchell paints California as the worst state in the union as part of an effort to cast himself as a political outsider.

But much like his last ad, this one ignores the fact that he's held elected office before.

Mitchell served a term in the Colorado House of Representatives, and he's running in a primary against the state treasurer and a former mayor.