Pit bulls and pools: The local questions 70 municipalities in Colorado will consider this election

Communities across Colorado will decide on more than 100 municipal ballot questions. 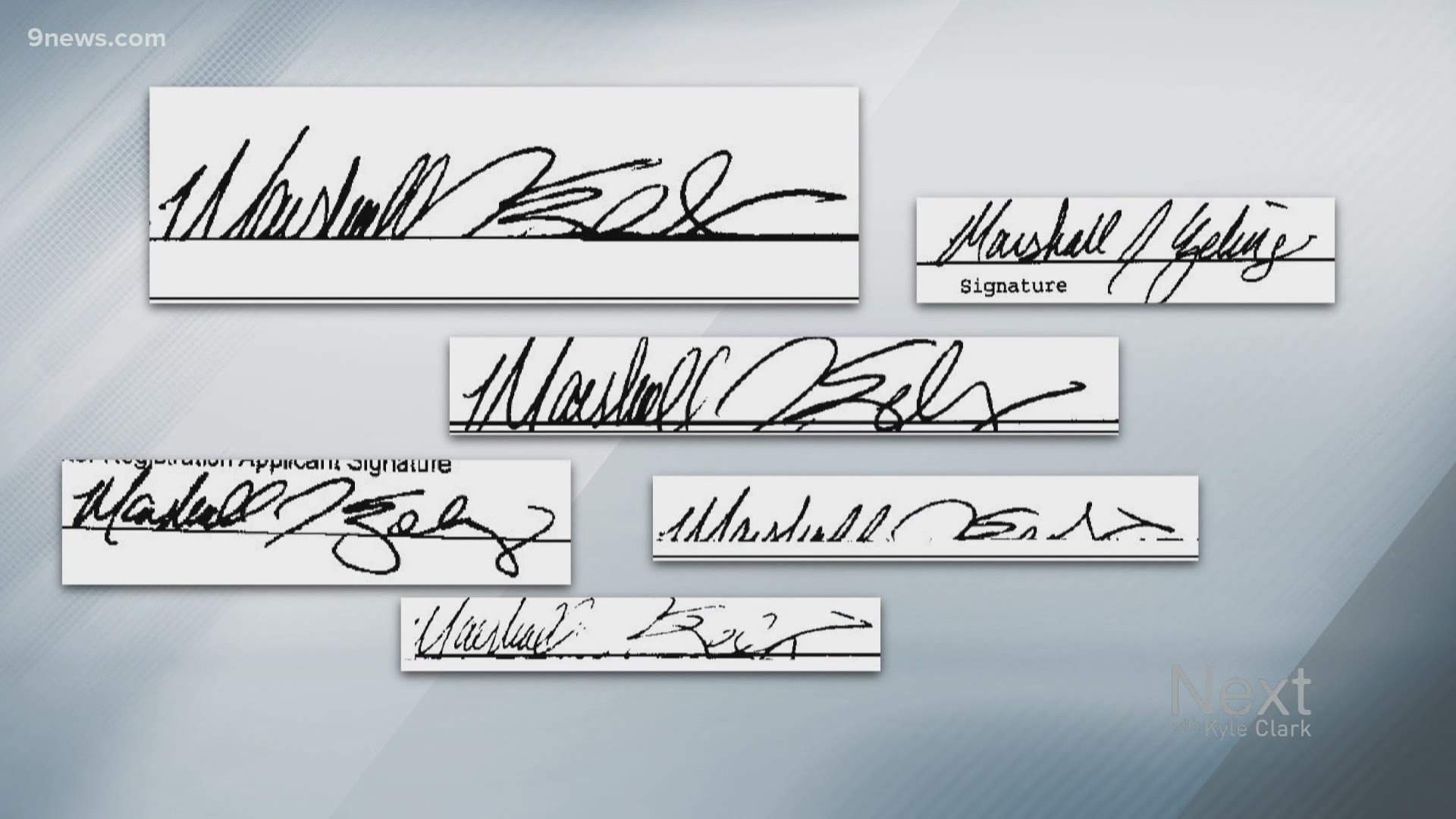 DENVER — From legal pit bulls in Denver to a new swimming pool in Eads, voters in 70 cities and towns across Colorado will decide on issues specific to their community this Nov. 3 election.

More than 100 municipal ballot questions are being considered across the state. That’s in addition to the 11 statewide ballot issues and the races on the statewide election.

Here’s a rundown on what communities will decide on this November courtesy the Colorado Municipal League.

> Watch the video above for a look at how Colorado officials verify ballot signatures.

- 2A: This would raise Denver’s sales and use taxes by $40.8 million per year starting on Jan. 1, 2021 to fund programs to eliminate greenhouse gas emissions and air pollution as well as adapt to climate change.

- 2B: This would raise sales and use taxes by 0.25% (or 2.5 cents per $10 purchase) to fund housing, shelter and services for people experiencing homelessness. It would amount to an extra $40 million a year.

-2C: This would allow the Denver City Council to hire for certain professional services without approval from the mayor -- which currently isn't allowed under city charter.

-2D: This would create an advisory board for the Department of Transportation and Infrastructure, which voters created last year.

-2E: This would allow members of Denver's City Council to consent to certain mayoral appointments.

-2F: This would allow for the removal of what proponents call outdated language in the city charter, which was written in 1904.

- 2G: If passed, this would give the Denver City Council more authority to alter the city's budget in the middle of a year as needed.

- 2H: This would allow Denver to opt out of a 2005 Senate bill and begin to consider public broadband.

-2I: This would restructure the Denver County Clerk's office.

-2J: This would overturn the city's ban on pit bulls and allow owners to register the dogs as long as they comply with certain breed-restricted requirements.

- 4A and 4B: One is a bond and one is a mill levy aimed at providing additional funding for Denver Public Schools.

- 2B: Voters will decide on an excise tax paid by landlords to fund a program to provide rental assistance for persons vulnerable to eviction, as well as to provide legal representation to people who face eviction.

- 2C: If passed, this would grant a franchise to Public Service Company of Colorado for gas and electricity distribution.

- 2D: Allow the existing utility occupation tax to be extended through 2025 and pay all the costs associated with a municipal electric utility as well as fund projects, pilots, initiatives and research that "support the city's clean energy goals and in the context of the city's racial equity goals and the community's commitment to the Paris Climate Agreement."

- 2E: This would amend the charter to allow for the people to directly vote for the mayor through ranked choice voting.

-2F: This would amend the charter to increase the size of the Boulder Arts Commission to seven members.

Eads: For the construction of a public swimming pool.

Eckley: For community infrastructure and maintenance.

Hayden: For parks and recreation.

Mead: One tax for police department expenses and a separate tax for street improvements and maintenance.

Louisville: This would add a new tax of up to $0.25 per disposable bag.

Eagle, Eaton, Englewood, Nucla and Windsor are all considering new lodging taxes. Holyoke is asking voters to extend the current one.

Snowmass Village: Voters will decide on a property tax extension for educational purposes.

The following communities are asking for debt authority:

Castle Pines: $30 million for road improvements to be paid from a mill levy increase.

Hayden: $3.8 million for parks and recreation.

The following communities are asking for permission from voters to adjust their respect mill levy rates to offset reductions caused by the restrictions from the Gallagher Amendment: Avon, Broomfield, Eagle, Fraser, Glenwood Springs, Kremmling, Vail and Winter Park.

Meanwhile, Grand Junction and La Junta are asking voters for permission to keep all the revenues allowed with voter approval under the Taxpayer's Bill of Rights (TABOR).

Speaking of TABOR, Colorado Springs is asking voters if it can keep excess revenue from 2019 and 2020, as well as for permission to use 2019 revenue rather than 2020 as the base from which future revenue and spending limitations are counted.

These Colorado communities will vote on changes to their local governments:

- Littleton is asking to change its charter to allow the mayor to be directly elected.

- Voters in Severance will decide if the town should become a home-rule municipality.

- Voters in Iliff will decide if they should reduce the number of trustees from six to four.

- Idaho Springs is asking if the city clerk should be appointed rather than elected.

Black Hawk, Central City and Cripple Creek will ask voters to replace the single bet limit of up to $100 with unlimited single bets.

It would also allow city councils to authorize additional games, as long as statewide Amendment 77 is passed.

In addition to Denver, Berthoud and Englewood are asking to be exempt from the rule regarding providing municipal broadband.

- Buena Vista: Voters are being asked to approve retail stores.

- Cedaredge: Voters are being asked to approve medical dispensaries and retail stores.

- Eckley: Voters are being asked to approve retail stores, cultivation, manufacturing and testing.

- Fort Lupton: Voters are being asked to approve medical dispensaries and retail stores.

- Kiowa: Voters are being asked to approve medical dispensaries and retail stores.

- Lakewood: Voters are being asked to approve retail stores and cultivation.

- Littleton: Voters are being asked to approve retail stores.

- Paonia: Voters are being asked to approve medical dispensaries and retail stores.

- Romeo: Voters are being asked to approve retail stores, cultivation, manufacturing and testing.

- Monument: Voters are being asked to move regulation elections to November of even-numbered years.

- Yuma: Voters are being asked to move regulation elections to the November of odd-numbered years.

Avon: Voters are being asked to change how city councilors are compensated.

Broomfield: To amend the charter to allow the extraction of minerals to be considered in areas designated as "open space."

Colorado Springs: To either allow conveyances of city-owned parkland to be approved by a super-majority of the city council or voters.

Edgewater: To allow the city council to consolidate city departments established by charter.

Longmont: Allow for leases of city property up to 30 years.

Canon City: Voters will decide whether to grant a franchise to Black Hills Energy.

Eagle: Voters will decide whether to create a downtown development authority.

Millken: Voters will decide on the sale of public property.

Montrose: Voters will decide whether to grant a franchise to the Delta-Montrose Electric Association for Energy Distribution.

Palmer Lake: The town is asking voters to allow it to no longer public the bills list or contracts awarded in the newspaper.

Fleming: The town is asking voters for permission to publish ordinances by title rather than in full in the newspaper.