Voter Guide: Colorado is home to one of the most-watched U.S. Senate races in the U.S.

Democrat John Hickenlooper is hoping to unseat incumbent Republican Cory Gardner in one of the most competitive U.S. Senate races in the country. 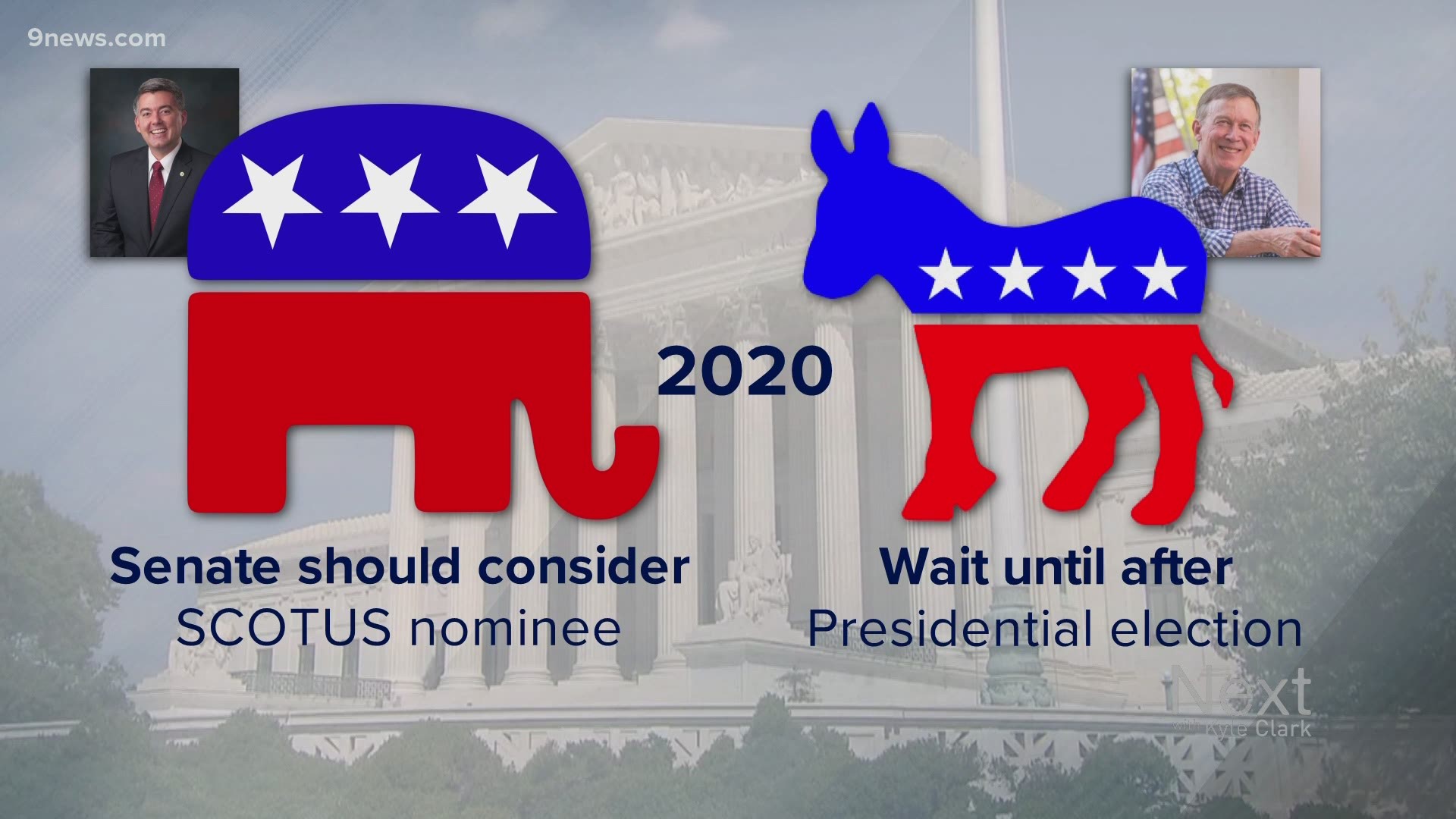 DENVER — One of the most closely-watched U.S. Senate races in the country is in Colorado, where Democrats hope to regain a seat from a vulnerable Republican incumbent in a swing state that’s trended increasingly blue in recent presidential elections.

Neither Hickenlooper nor Gardner has lost a political race in Colorado, meaning that one of their streaks will end on Nov. 3.

Both Hickenlooper and Gardner have made statements following Ginsburg’s death contrary to what they said in 2016, when Justice Antonin Scalia died 10 months before the presidential election.

Gardner, who in 2016 said the U.S. Senate should not vote to confirm a nominee until a new president has been elected, issued a statement last week saying he would vote to confirm a qualified nominee before Nov. 3.

Hickenlooper, who said in 2016 that he was in support of then-President Barack Obama appointing nominee Merrick Garland, has spoken out against the Senate replacing Ginsburg until after the general election, citing the precedent Republicans set four years ago.

Unlike in 2016, the Senate is currently controlled by the party the president belongs to.

RELATED: 10 congressional seats most likely to flip in November

Democrats currently control 45 seats in the Senate, but the two independent senators caucus with them, bringing the total to 47. Republicans have 53 seats, meaning for the Democrats to take clear control of the Senate, they’d need to gain four seats. If they gain only three, control of the Senate would depend on who wins the presidential race, since the vice president breaks a 50-50 tie.

In addition to Colorado, Arizona, Maine and North Carolina are also considered to have Senate races involving vulnerable Republicans.

As of Sept. 15, NBC News reports that $5.6 million has been spent on political ads for Colorado’s political race. The ads have dealt with everything from Hickenlooper’s ethics violations to Gardner’s record on heath care.

Find Truth Test ads on the claims made against both candidates below: