We answered your questions about the Colorado primary ballots

For the first time in 20 years, Colorado will have a presidential primary. Voters had some thoughtful questions about their ballots. 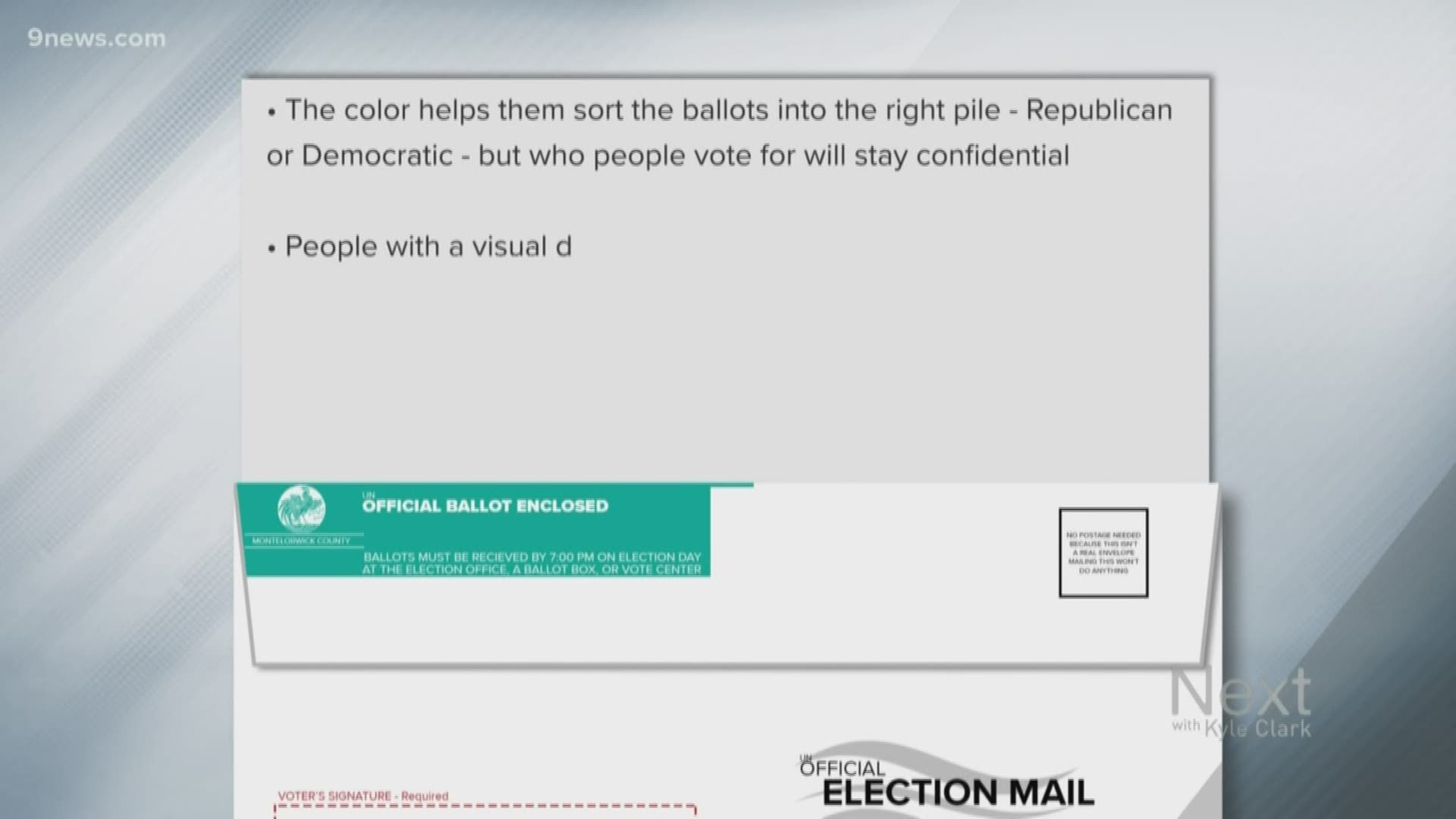 DENVER — For the first time in 20 years, Colorado will have a presidential primary.

Friday is the deadline for initial ballots to be mailed to voters.

Voters have been asking some thoughtful questions ahead of the March 3 primary. We tried to answer some of them, and you can read what we learned below.

Why are some 17-year-olds getting primary ballots?

Sara Healds wrote into Next with Kyle Clark wondering why her 17-year-old daughter was mailed a primary ballot.

The answer? There's a new Colorado law that allows this.

Since Heald's daughter pre-registered and will turn 18 before the November election, she can participate in the March 3 primaries.

Why are candidates who've dropped out of the race still on the ballot?

"The Democratic ballot includes many names that have dropped out of the race. Will votes for them be counted and if so might that keep real candidates from reaching the percentage threshold for receiving delegates?"

Ballots had to be certified by Jan. 3, so there's a long list of candidates whose names are still on the ballot, even after some of them dropped out.

However those candidates have to file paperwork to officially withdraw so votes for them are not counted. Friday the Secretary of State said so far only two former candidates have done that: Rep. John Delaney (D-Maryland) and Sen. Michael Bennet (D-Colorado).

As for the remaining candidates on the ballot, including those who have announced they are dropping out without filing the paperwork?

"Either way they are still candidates under Colorado law. We have to count those votes," Secretary of State Jena Griswold said.

Here is the Secretary of State's full news release on the matter:

As of Thursday, Feb. 13, only Maryland Congressman John Delaney and Colorado Senator Michael Bennet have submitted the proper paperwork to withdraw from Colorado’s Democratic Presidential Primary, meaning votes for those two candidates will not be counted. Even though candidates may publicly announce their withdrawal in the media or other places, votes will be counted if the candidates do not file the appropriate paperwork in Colorado.

When a candidate officially withdraws, notification will be posted on the Secretary of State’s website and county clerks will make similar notifications at their respective Voting Center and Polling Places.

Why do some ballot envelopes have holes punched in them?

The Secretary of State's Office said individual counties decided if the envelopes would have a hole punched in them to see the color of the ballot inside to help them sort into Republican and Democratic ballots.

Who people vote for would remain anonymous.

Both the Denver County Elections Office and interim deputy county manager for Adams County said the holes are also meant to help guide those with visual disabilities find where they are supposed to sign.

I'm an unaffiliated voter who got both ballots. What do I do with the unused one?

If unaffiliated voters did not indicate which party they had a preference for ahead of time they will get both the Republican and Democratic ballots and are only supposed to fill out one.

Mail back the one you choose to fill out, and destroy the unused ballot.

I want to vote in the presidential primary. Is it too late?

Are you unregistered but want a ballot by mail? People with new registrations, updated addresses and people who need replacement ballots can vote if they register by Feb. 24.

While early voting is happening now, you can register to vote in the primary up until March 3, Super Tuesday, if you're willing to go register and vote in person.

LINK: More Q&A on primary voting from the Secretary of State's website

Why aren't Senators on my ballot?

The Super Tuesday primary event does not apply to Colorado's U.S. Senate race. The Senate primary is June 30.