Why Jon Ossoff will be Georgia's senior U.S. Senator

They were elected on the same day, and they'll be sworn in at the same time - so do they determine who gets the 'senior' designation? 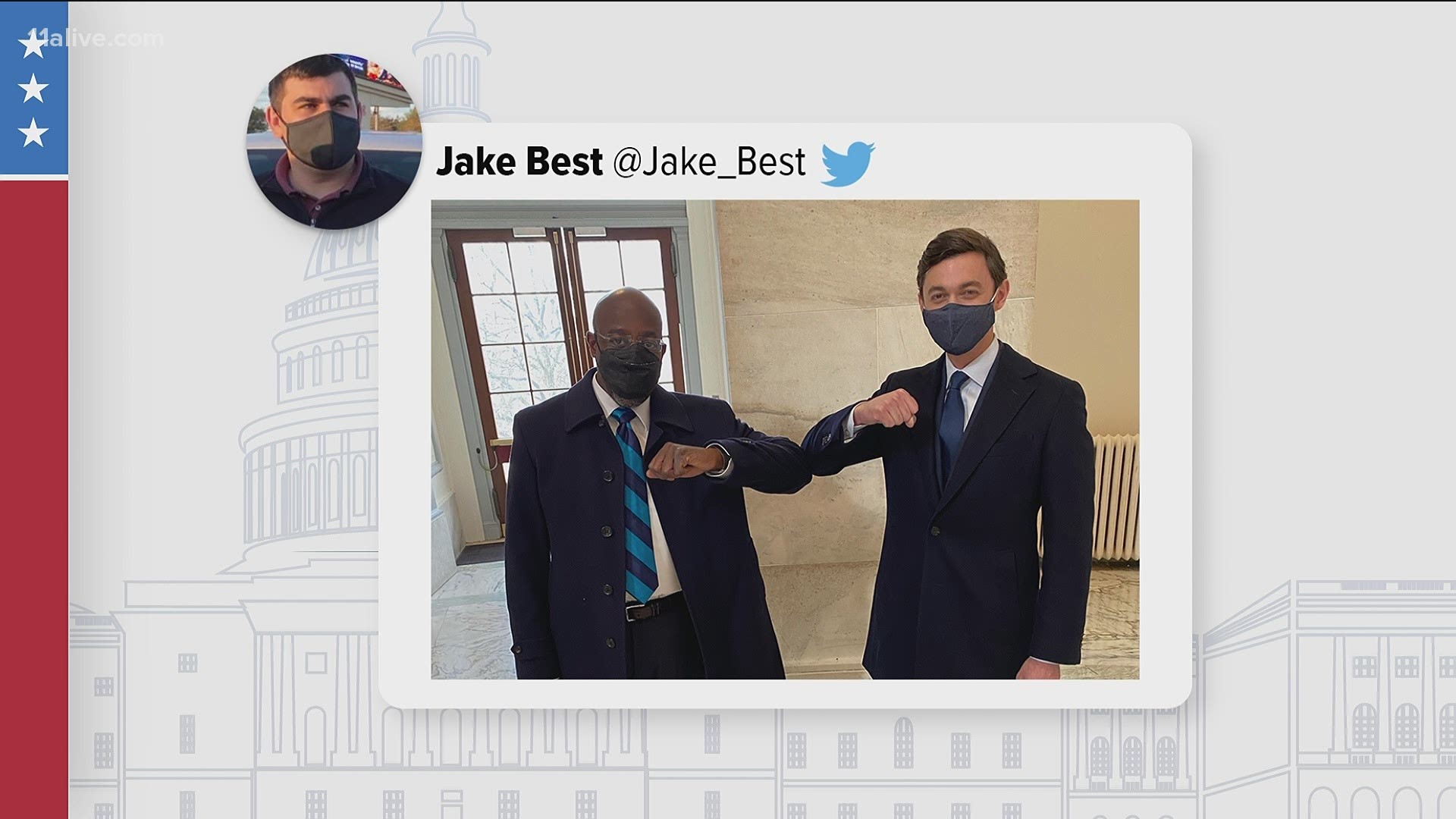 ATLANTA — Senators-elect Rev. Raphael Warnock and Jon Ossoff will be able to drop the "elect" from their title today and officially become U.S. senators when they're sworn in late this afternoon following Joe Biden's inauguration.

They were elected on the same day, and they'll be sworn in at the same time - so which one of them will get to have the "senior" designation?

It's not simply a ceremonial matter. According to the U.S. Senate glossary, seniority "entitles a senator with greater seniority to preferential treatment in matters such as committee assignments."

Committee assignments are deeply important - they're where bills are advanced, they're responsible for holding hearings and they provide a check on the various areas of the government they specialize in.

Senior senators are put on more influential committees, and in turn, wield much more influence over how laws get made and how the government functions.

The Senate Judiciary Committee, for example, holds the hearings for Supreme Court nominees before they're voted on to become justices. It's a coveted committee assignment, and typically its members are some of the highest-ranking of the Senate.

Which brings us back to Ossoff and Warnock - which one gets to be "senior" to the other? In this instance, it will be Ossoff, because he was elected to a longer-term.

.@ossoff trying to explain how he gets to be the senior senator from Georgia. pic.twitter.com/GxRwG9oLFh

"Of the two Senators from a state serving at the same time the one who was elected first - or if both were elected at the same time, the one elected for a full term - is referred to as the ‘‘senior’’ Senator from that state."

States usually do not have two Senate races in one year - the terms expire during different election cycles.

But this year, Georgia had to hold a special election after former Sen. Johnny Isakson retired last December. When Warnock ran for Senate, he was running for Isakson's seat against Kelly Loeffler, who'd been appointed to fill it by Gov. Brian Kemp until the special election was held.

Isakson was re-elected in 2016, so he has two more years on his term. Those are the two years Warnock will serve in the Senate.

Ossoff, meanwhile, was running against David Perdue, whose full term was up. With his victory, Ossoff earned a full six-year term.

And, by the rules of Congress, that will make him senior to Warnock.