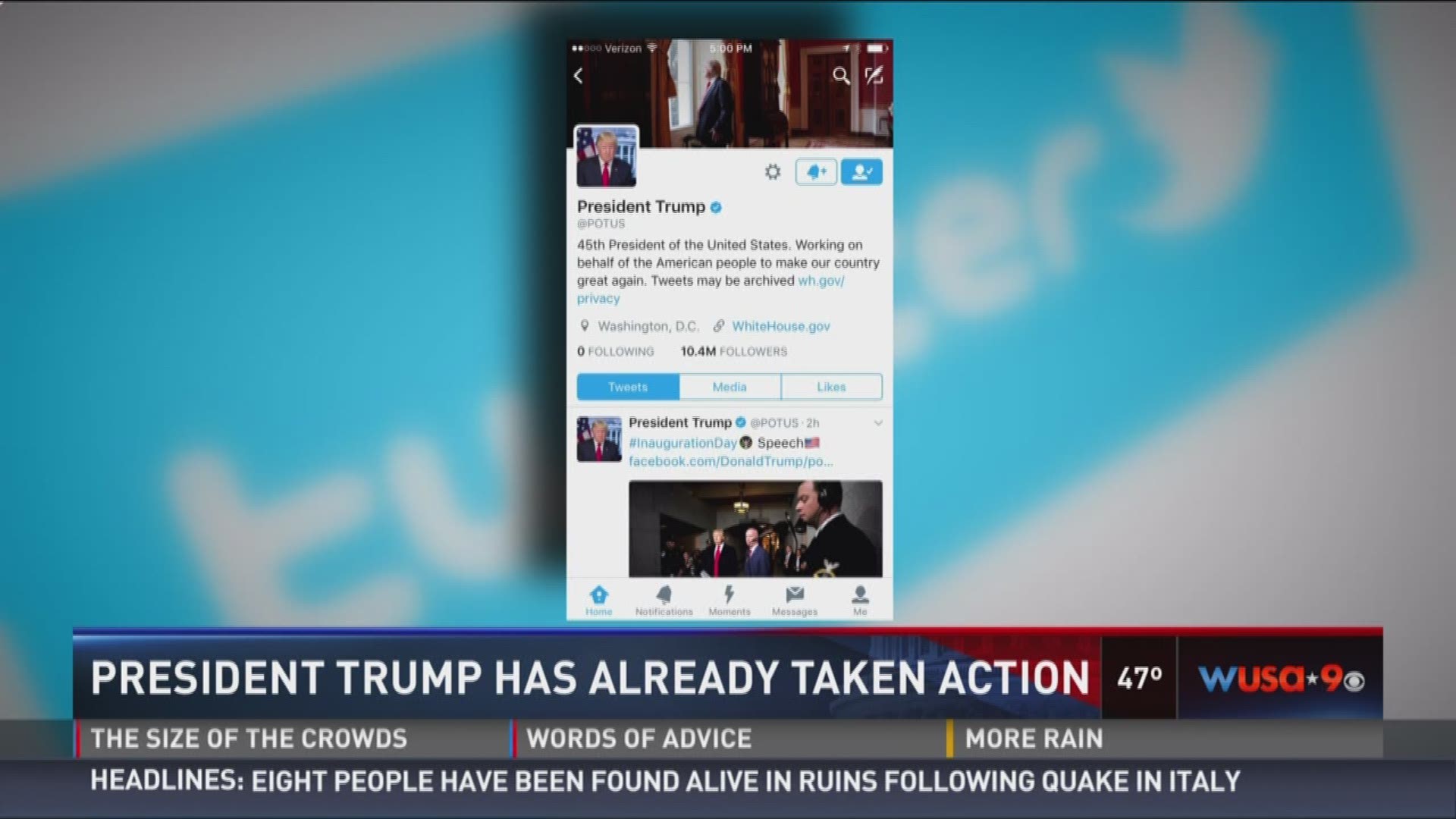 Donald Trump promised change in his inaugural address today, and tonight some changes have already begun with the new administration.

Most of the changes to how the White House works are cosmetic, like President Obama’s furniture and belongings getting moved out Friday and President Trump’s brought in. Others signal big policy overhauls to come.

Toward the end of his inaugural speech, President Trump told the American people it was time to go to work.

But behind the scenes, change had already begun.

We noticed it first on Twitter. The “@POTUS” account became President Trump’s, giving him a second account with ten million followers collected by his predecessor. President Obama reclaiming @BarackObama.

On behalf of my entire family, THANK YOU! #InaugurationDay pic.twitter.com/v2nEMoanIX

Similar swaps took place across official Washington – that’s how Sean Spicer tweeted from Josh Earnest’s old @PressSec account when President Trump signed his first documents as president: a waiver for General Mattis and the formal nominations of his cabinet secretaries.

The “issues” tab now touts “America first” policies on energy and foreign policy, and a section on standing up for law enforcement.

A section on the cabinet remained blank into the evening, awaiting senate approval of any of President Trump’s nominees.

What we do not know is what changes will come next. There’s no mention on the website of repealing Obamacare, for example, and President Trump has kept his next big policy goals relative close to the vest.