Denver is creating 8 high-comfort bikeways to increase safety and connectivity throughout the city. 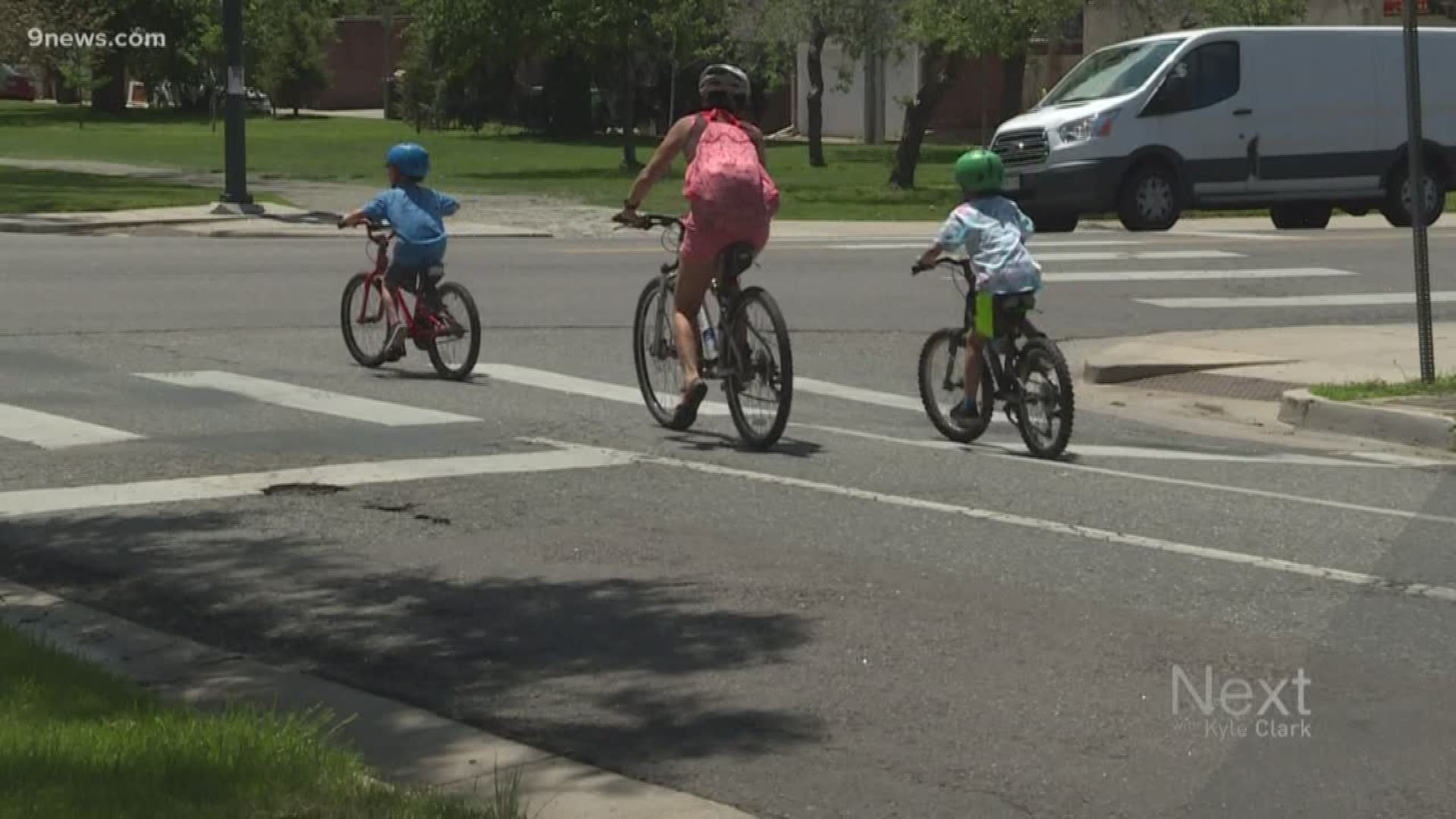 DENVER, Colorado — As Denver grows, the way people get around the city is changing.

Piep van Heuven, the policy director for Bicycle Colorado, told 9NEWS that "8% of people who commute to work downtown are going by bike."

In an effort to increase safety and connectivity, the city is putting funds from the Elevate Denver Bond Program to work by creating 8 high-comfort bike lanes.

"It’s identified for a protected bike lane because the city wants to increase biking for everyday trips and they need to build lanes...that are comfortable for people 8 to 80," van Heuven said.

The city designates the parkway as historic.

Brown and other parkway residents are concerned about that status as changes are floated regarding the bike lane already in place.

"From my viewpoint, when I watch the traffic from the 14th floor, I see bikers going along and they’re doing very well. The cars are as well. I just don’t see the need to ruin a beautiful parkway that is historically designated," Brown said.

According to Brown, "the historic guidelines are very very thorough, detailed for both homeowners that live on a designated parkway and for the parkway itself."

However, Denver Public Works told 9NEWS the historic designation doesn't prevent it "from managing the safety and operations of the transportation network."

Denver Public Works says the parkway has seen 37 vehicle crashes over the last five years with six involving a bicyclist and two involving a pedestrian.

The department will work with Denver Parks & Recreation to "ensure the design/concept we move forward with is in line with parkway rules and regulations."

Denver Public Works told 9NEWS it expects to present a concept for "a preferred bike lane on S. Marion Street Parkway as well as the other 7 high comfort bikeways" to the community by the fall.

Brown told 9NEWS that she submitted a petition signed by many of her Parkway neighbors to the Mayor's office urging the city to reconsider the changes.

A representative of the Mayor's office told 9NEWS that they had not, to her knowledge, received a petition.

Denver Public Works also told 9NEWS it had not received a petition.

Van Heuven argued that the parkway's historic designation could be interpreted differently.

"If you really want to talk historic, then go back to the beginning of the nature of the parkway. The first thing that we really should be looking at is whether or not we have cars on that street," she told 9NEWS.

Brown doesn't believe there is a problem with how bicyclists and cars use the parkway now.

"Our goal is just to let the bikers coexist with us the way they are. It’s working really, really well," Brown told 9NEWS.