Local Kurds took to Capitol Hill on Sunday protesting the president's decision to pull US troops out of Syria. 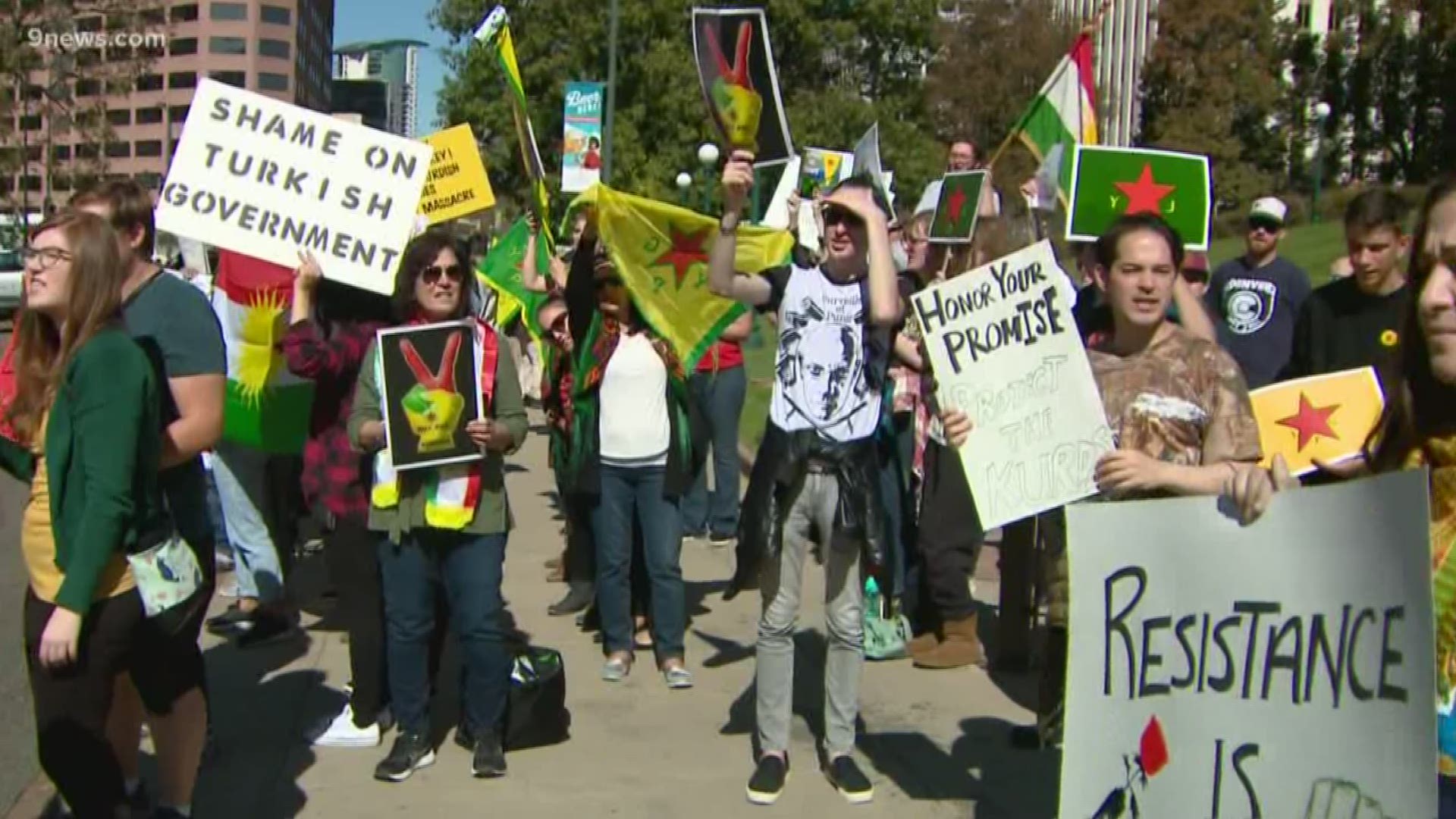 DENVER — President Trump ordered the remaining U.S. troops out of northern Syria on Sunday according to U.S. Defense Secretary Mark Esper. The decision comes as Kurdish forces in the region are being attacked by Turkey and its allies -- the same Kurdish forces that helped the U.S. defeat ISIS in Syria.

RELATED: Syria's Kurds look to Assad for protection after US pullout

The decision to abandon the Kurds has prompted condemnation and pleas for help from Kurds around the world who fear a genocide. In Denver, the local Kurdish community gathered at Capitol Hill on Sunday to protest.

"This is heartbreaking for the Kurdish community because we were betrayed. Just simply we feel so betrayed and left alone," said 27-year-old Trifa Mahmood, a Kurdish woman born in Erbil, the Kurdish region of northern Iraq.

"As Kurds, we have to unite since we are a country-less people," Mahmood said.

Kurdistan is not a country but a region that spans across several countries in the Middle East; Southeastern Turkey, northern Iraq, northwestern Iran, and northern Syria where the attacks are happening.

"Trump’s promise to the Kurds in exchange for their fight was to protect them from Turkey," Mahmood said. "But this was pure betrayal by Trump to the Kurds."

"They’re being slaughtered," Mahmood said of the Kurdish people in northern Syria who are under Turkish attack. "They’re being driven from their homes, children are dying.

"These people don’t know where to go," she said. "They have nothing when they flee. They have no one."

Mahmood was young when her family fled to northeast Syria for protection. Today, that same region offers no safety for the Kurds.

"The city of Qamishli is being completely bombarded by airstrikes right now. And this is the same city that my family and I fled to in 1996 when we had to flee for our safety," she said.

Mahmood and at least 100 other Kurds gathered in Denver on Sunday, many in tears, asking President Trump to reconsider his decision to pull troops out of Syria.

Mahmood suggested a few simple ways to join the protest against the Turkish invasion of northern Syria. Check on your Kurdish friends, she said. This is a painful time for their community.

If you don't know anyone who is Kurdish, you can still pick up the phone and call your elected officials to express your concern.