The city shut down traffic and the Uptown streetcar line ahead of planned protest Sunday surrounding the Confederate monuments. 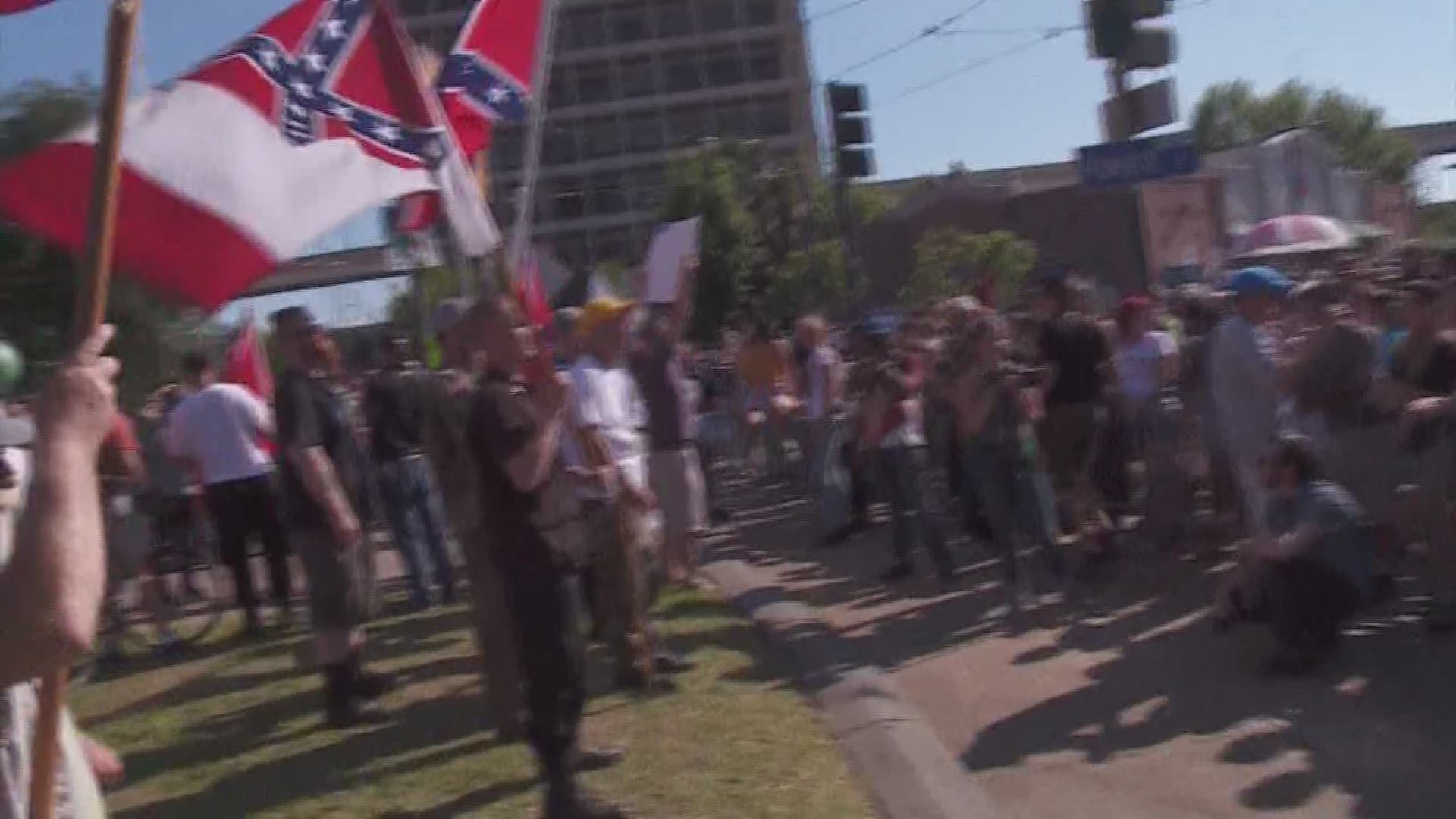 NEW ORLEANS – Streets are back open after a large protest Sunday from both sides of the debate surrounding the removal of the Confederate monuments.

Early in the day, police shut down traffic and the Uptown streetcar line ahead of the planned protests.

1 / 32
<p>Protesters surround the monument at Lee Circle in New Orleans May 7, 2017. Lee Circle is one of four Confederate monuments slated by the city for removal. Photo via Wynton Yates / WWL-TV</p>

Police said there at least 700 protesters at the site during the afternoon demonstration.

Three people were arrested during the day/ Police said they made the arrests early in the afternoon before marchers from pro-monument group Take 'Em Down NOLA arrived at Lee Circle. All three of the people arrested were booked with disturbing the peace.

As a group from Take ‘Em Down marched from Congo Square to Lee Circle, others from pro-monument groups surrounded the monuments.

#takeemdownnola is gathered in Congo square in celebration of the removal of confederate monuments in New Orleans pic.twitter.com/a8Ndgrmqqq

Around 4:30 p.m., hundreds of people from both sides surrounded the monument.

“It’s a part of our heritage, and we want it to stay,” said Michael Hill, President of The League of the South. “We don’t advocate starting anything with anybody. We push our ideas, and if people don’t like our ideas and want to attack us, we’ll defend ourselves. Most of our guys are military and law enforcement, so we know how to do that. We’re out here for a peaceful afternoon of exercising our rights.

Protesters with Take Em Down NOLA chanted "White supremacy's got to go!," as they arrived.

A large group of New Orleans Police Officers were also present and in place for the protests. The area immediately surrounding the monument has been split in two so that both groups could protest.

He said masks and weapons of any kind would not be allowed, in contrast to demonstrations held Monday in Mid-City at the Jefferson Davis monument.

Anti-monument demonstrators burned Confederate flags, and a scuffle ensued. Eventually, NOPD barricaded off the area and had protesters move across the street. The monument has since been fenced in and surrounded by police cars.