Rare hantavirus pops up in Denver

It's rare because, in Colorado, deer mice typically carry the virus but usually aren't found in the city. 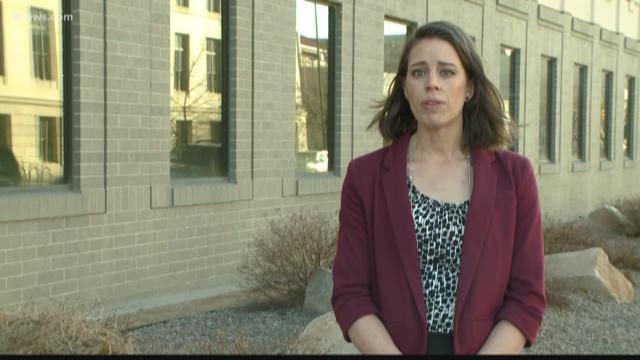 The mystery goes on. For the second time since 1993, someone fell sick with the hantavirus in Denver.

"It's very rare to see diagnosed hantavirus illness in Denver," she said.

It's rare because, in Colorado, deer mice typically carry the virus but usually aren't found in the city.

"House mice are not the type of mice we are concerned about here," Lee said.

But the apartment manager who fell sick lives in central Denver. People generally contract hantavirus through breathing in the virus from infected mice droppings, saliva and urine.

"Most of the exposure comes from significant rodent materials," Lee said. "You often hear about people cleaning out barns and garages and areas that may have been closed off for an extended period of time and have pretty extensive rodent material. It's pretty uncommon to have any type of urban cases like this one."

Health department investigators think the person likely fell sick in Denver. But they searched the patients building near Colfax and High, surrounding areas and used a black light but didn't find any evidence of rodent problems. They were first alerted about the case late last month.

"We don't have a clear answer as to where this person was exposed to the virus. And that may be may something we are never be able to determine conclusively," Lee said.

The virus has been tracked since 1993 and in some cases can morph into fatal respiratory problems, according to the CDC. But even without all the answers, the local department says they are certain there is no reason to panic.

"There were no signs of rodents in the resident of this individual, or around the building or nearby. So we do see this time to time we are simply not able to identify where that exposure occurred," Lee said. "This is one of those cases. Generally, in situations like that those cases are isolated and not a cause for alarm to the public."

The patient is expected to make a full recovery. Sometimes detecting the virus is tricky because it shares symptoms with the flu, according to the CDC.

Here are a few of their tips:

• Keep mice and other rodents away from the living areas of your home.

• Spray dust, dirt and rodent droppings, and dead rodents with a mixture of bleach and water (1 ½ cups of household bleach to one gallon of water) or other disinfectants. Allow the mixture to sit wet for at least 10 minutes before cleaning.

• Never vacuum or sweep areas where there is evidence of rodent infestation. Clean up debris while it is wet.

• Remove wood, junk and brush piles near your home. Keep vegetation around the house well-trimmed.

• Repair window screens and ensure weather-stripping is tight under all doors.