The African Community Center offers a bicycle class to refugees. That's one way it's finding new ways to use its resources as the number of refugees coming to the state dwindles. 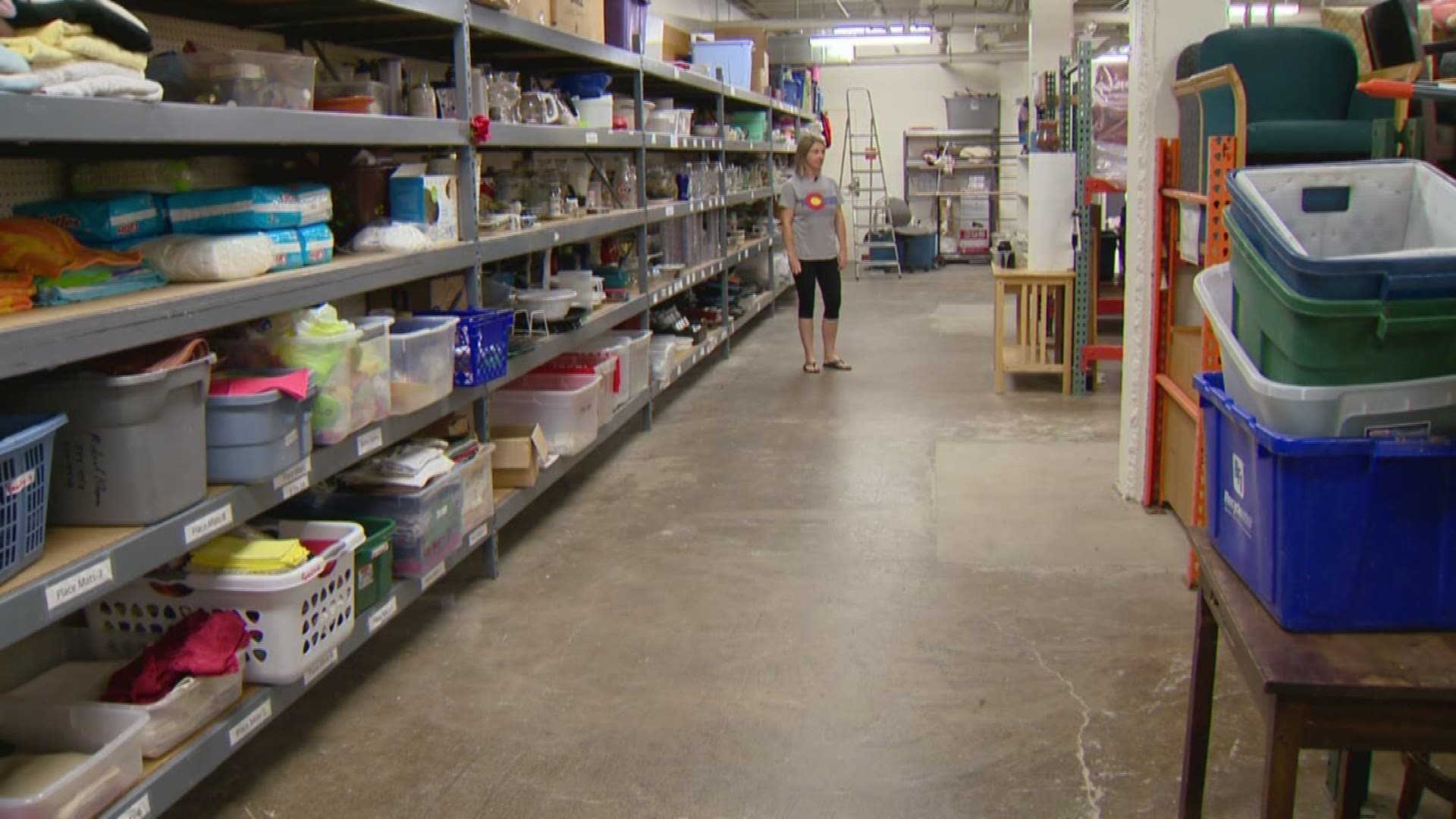 Women, grown women, were on their pedal-less bikes practicing “step-step-glide,” as Jamie Perkins from Bicycle Colorado instructed and cheered them on.

Credit: KUSA
The African Community Center offers a bicycle class to refugees. That&#39;s one way it&#39;s finding new ways to use its&nbsp;resources&nbsp;as the number of refugees coming to the state dwindles.

“We have five women here representing three different countries, a couple from Afghanistan, two from the Congo one from the country of Eritrea,” said Kelli Woodard, community connections coordinator with the African Community Center of Denver.

This is the second year The African Community Center, which helps refugees settle in the state, has offered the biking class. That’s because fewer new refugees are coming to Colorado.

And fewer refugees means donations for new refugee families are sitting in storage, waiting to be used.

Refugees are people seeking refuge from violence and persecution. Their legal status is granted by the U.S. government before they arrive on U.S. soil. Once in the U.S., they are legally here, able to live and work. Refugees are different form asylum seekers in that asylum seekers are asking to stay in the U.S. after having come here.

“I think it's really sad to see this place as full it is [with donations] because we really have a desire to give things away and support our new arriving families,” Woodard said.

Instead, the center is using its resources to find other ways to help by reconnecting with the community already here, and it still needs volunteers and donations.

‘It was dangerous for me and my kids’

Nasreen Azizi, who participated in the bicycle program, moved here with her family from Afghanistan about a year and a half ago.

She said she was able to move because her husband was a translator for the U.S. Army.

“It was dangerous for me and for my kids,” Azizi said in broken English. “Now family lives there. When a person wants to go outside, he is scared by bomb attack.”

Friday was Azizi’s first time on a bicycle; she’s 22.

“In a lot of countries of the world, women aren’t allowed to ride bikes,” Woodard said. “Sometimes that’s a cultural or religious belief. Women don’t get that freedom. [In] other countries … they might not have the finances to afford a bike.”

Ordinarily, Woodard would be focused on teaching new refugees integrating into American society: how to call 911, open a bank account, save and plan to buy a home.

“With the slowdown of numbers, [it] allows us to get creative and think outside the box,” Woodard said. “Instead of solely being in the classroom teaching community orientation, I have the opportunity to partner with Bicycle Colorado, use our time and resources and energy in helping women how to ride bikes.”

The Colorado Department of Human Services’ refugee program tracks how many refugees are being resettled in the state, how fast they can find work, how long they keep it and their economic impact.

The refugee arrival numbers are tracked through September, so more refugees may come here before then.

“We have a refugee program that feels like it’s being dismantled piece by piece” Woodward said. “It’s both infuriating and really, really heartbreaking. These women are fleeing persecution, traumatic experiences, horrible situations we wouldn’t wish on anybody. They’re looking for a place of safety and we are closing our doors.”

“The vetting procedures took a long time to figure out,” Theesen said. “I believe refugees go through the strongest vetting process of any individual coming into our country.”

Theesen added that having only three months left in the fiscal year “means we'll be lucky to get about 200 new arrivals into our office, a third of the number we resettled 2 years ago.”

“Through the U.S. Refugee Admissions Program, the United States has offered new beginnings to more than 3.3 million refugees since 1975 – more than any other country in the world. The United States will continue to resettle the most vulnerable refugees while prioritizing the safety and security of the American people,” wrote a spokesperson for the department in an email to 9NEWS.

The department cited the executive order signed by President Donald Trump in March 2017, Executive Order 13780, Protecting the Nation from Foreign Terrorist Entry Into the United States.