Aftershocks are likely, according to Utah Emergency Management. 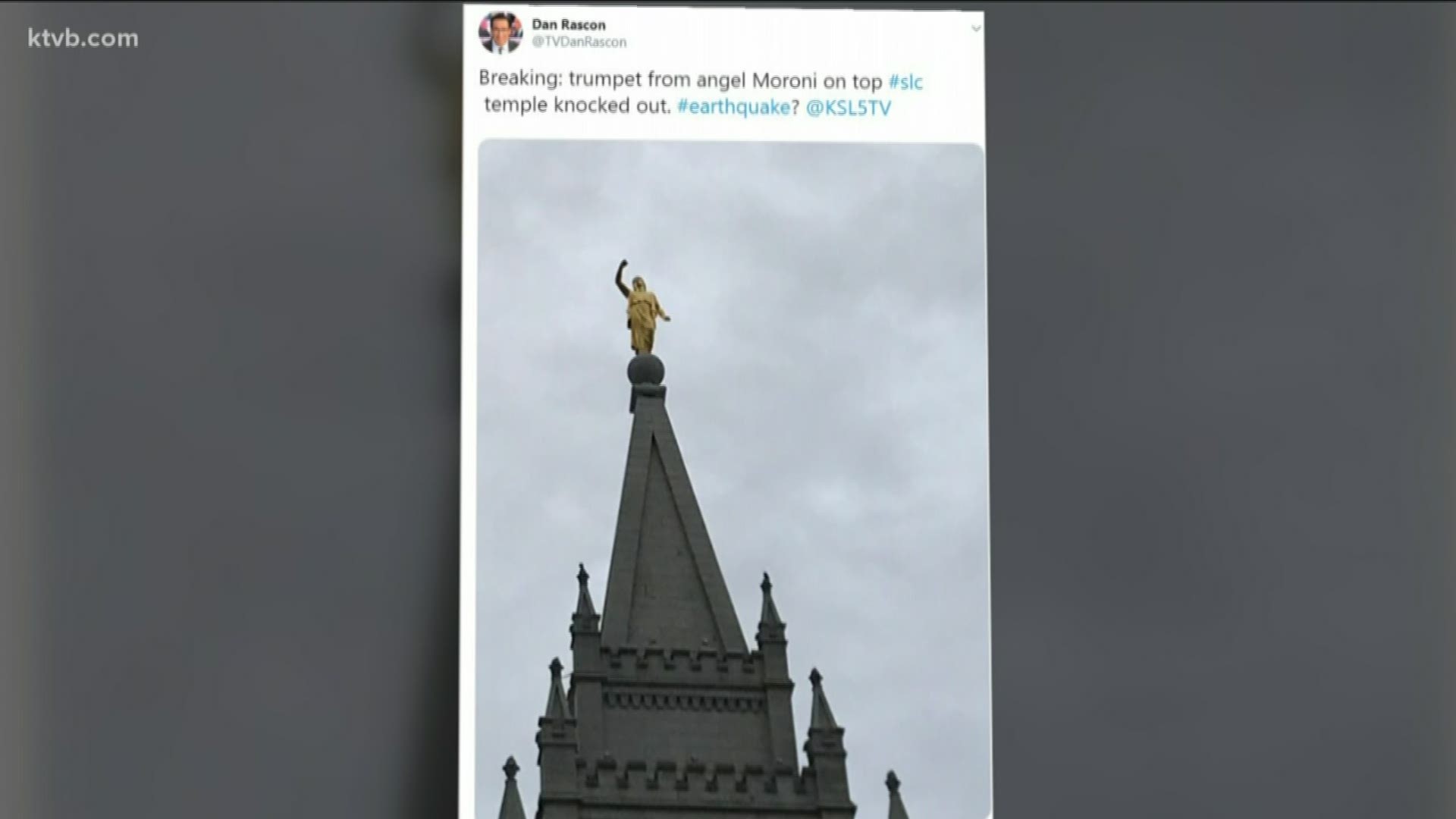 The quake hit just after 7 a.m. on the west side of the city, just north of the town of Magna. According to USGS, the earthquake was recorded as a 5.7 magnitude.

Utah Emergency Management says the quake was felt from Logan to Riverton in Utah, with the strongest shaking felt in Salt Lake City itself.

Power has been knocked out to more than 55,000 people in the area. Rocky Mountain Power said in a tweet that crews are assessing the damage and working to get electricity restored as fast as possible. It's not yet clear whether anyone was hurt.

The earthquake marks the strongest quake to hit Utah since 1992, when a 5.9-magnitude earthquake rattled St. George.

Aftershocks are likely Wednesday, according to Utah Emergency Management. Check back for updates.

Utah Gov. Gary Herbert is asking everyone to stay away from downtown Salt Lake City while emergency responders work.

The Salt Lake City Airport "is not currently operational," according to the airport. The FAA tower, terminals, and concourses have been evacuated, and the road to the airport has been reopened so passengers can be picked up.

The Utah Department of Health said the inspection of the lab building will be prioritized, and they will resume laboratory operations as soon as they are able. A COVID-19 press conference scheduled for Wednesday afternoon has been canceled.

KTVB is working to gather more information, check back for updates.