We went inside the hangar at United Rotorcraft in Englewood to see how military helicopters are reconstructed into Firehawks. 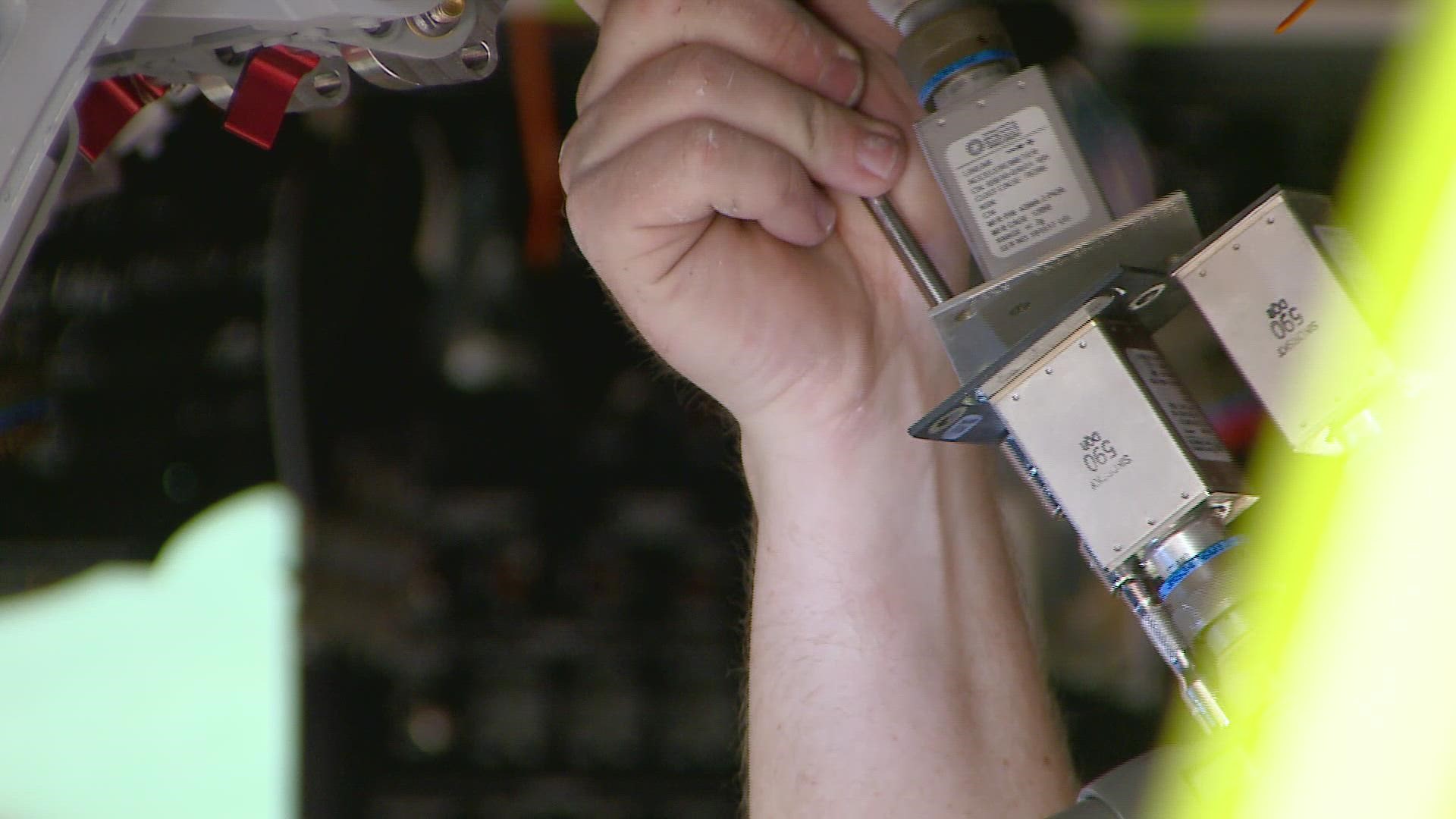 A variety of aircraft are used in these dire situations. Some of the best are built in Colorado, at United Rotorcraft in Englewood.

“These helicopters are built by the Sikorsky corporation, they are Black Hawk helicopters as they roll off the factory assembly line," said Michael Williams, United Rotorcraft's senior director of programs and customer support. "They are then shipped to United Rotorcraft, where we go through a process of converting a factory-built Black Hawk into the Firehawk that we see today.”

It’s a six- to eight-month reconstruction process. Every Firehawk is custom-built to meet customers' firefighting needs.

“Each aircraft that we do is largely bespoke," Williams said. "While we have a standard package and recommended equipment, we do bespoke configurations."

It’s a multi-mission aircraft with high power and unique modifications that makes it ideal for fighting wildfires. That’s mostly due to the fact that these helicopters are initially designed for military combat.

For years, some California agencies have used Firehawks to battle fires, making their fight a lot easier.

“They have very high performance compared to what Cal Fire is flying at the moment," said electrical engineer Justin Steinback. "And most things in the field, generally there’s a handful out in LA, but this is a massive fleet upgrade for all of these operators."

Seven Firehawks are being operated throughout California. One is being used to battle the Dixie Fire, burning in the northern part of the state.

“Directly contributing in the field today, to help put out the fires, particularly the Dixie Fire that's smothering Colorado today," Williams said. "So, in essence, we are helping ourselves."

The Firehawk has high landing gear that’s raised 20 inches off the ground to accommodate the 1,000-gallon water tank that sits underneath.

“The 1,000-gallon water tank provides an enhanced mission capability over traditional or the more common water delivery systems, such as the buckets that some of the smaller helicopters will carry under them from a long line,” Williams said.

The Firehawk, which is roughly three times the size of the aircraft it’s replacing, has a retractable snorkel that can fill the water tank in less than a minute without having to land.

“These carry more, and they move faster," Steinback said. "So at higher altitudes out here in California, they just perform better than a smaller helicopter would because they have so much power."

There’s also a small foam tank for fire retardant controlled by the pilot. An external water tank provides the advantage of carrying up to a dozen firefighters to the scene with their gear.

“It’s able to transport up to 12 firefighters to the scene, land in rugged terrain with its high lift landing gear. Drop off those firefighters with all of their equipment -- the axes, and chainsaws, and such. Then depart, fill up with water at a nearby water source, turn, and continue fighting the fires in the air,” Williams said.

Those who fight fires also commonly perform rescue missions. The Firehawk has a rescue hoist that has the ability to lift up to 600 pounds from more than 100 feet.

“A track-and-search lighter with a night sun. Massive searchlight. Along with a PA siren system, to be able to alert people that you are about to do a water drop or be able to talk to somebody on the ground," Steinback said. "Through the smoke, you need to be able to communicate."

The construction of the aircraft is important, which is why many of the mechanics formerly worked in the military.

“Our employees, many of whom are former military and have worked in aircraft as a career, have excellent craftsmanship and have a pure dedication to high quality in their product,” Williams said.

The employees call it an honor to assist with such a big need.

“It’s very fulfilling knowing that we are saving lives, saving people’s property, saving towns, roadways, all of it," said sheet metal mechanic Dan Haldeman. "The firefighters, this is I believe, is one of the most superior firefighting helicopters out there to be able to keep everybody safe."

Now many of them are more excited to be able to work on the first Colorado Firehawk, which is expected to be completed in 2022.

“I’ll be really excited to see those flying around. That will be a really proud moment where I’ll be like ‘everybody look, I made that,’ " Haldeman said.

Cal Fire 8, 9, and 10 are currently being reconstructed inside the hangar. All are expected to be in use by the end of the year. California has ordered another 12 to continue battling fires throughout the state.