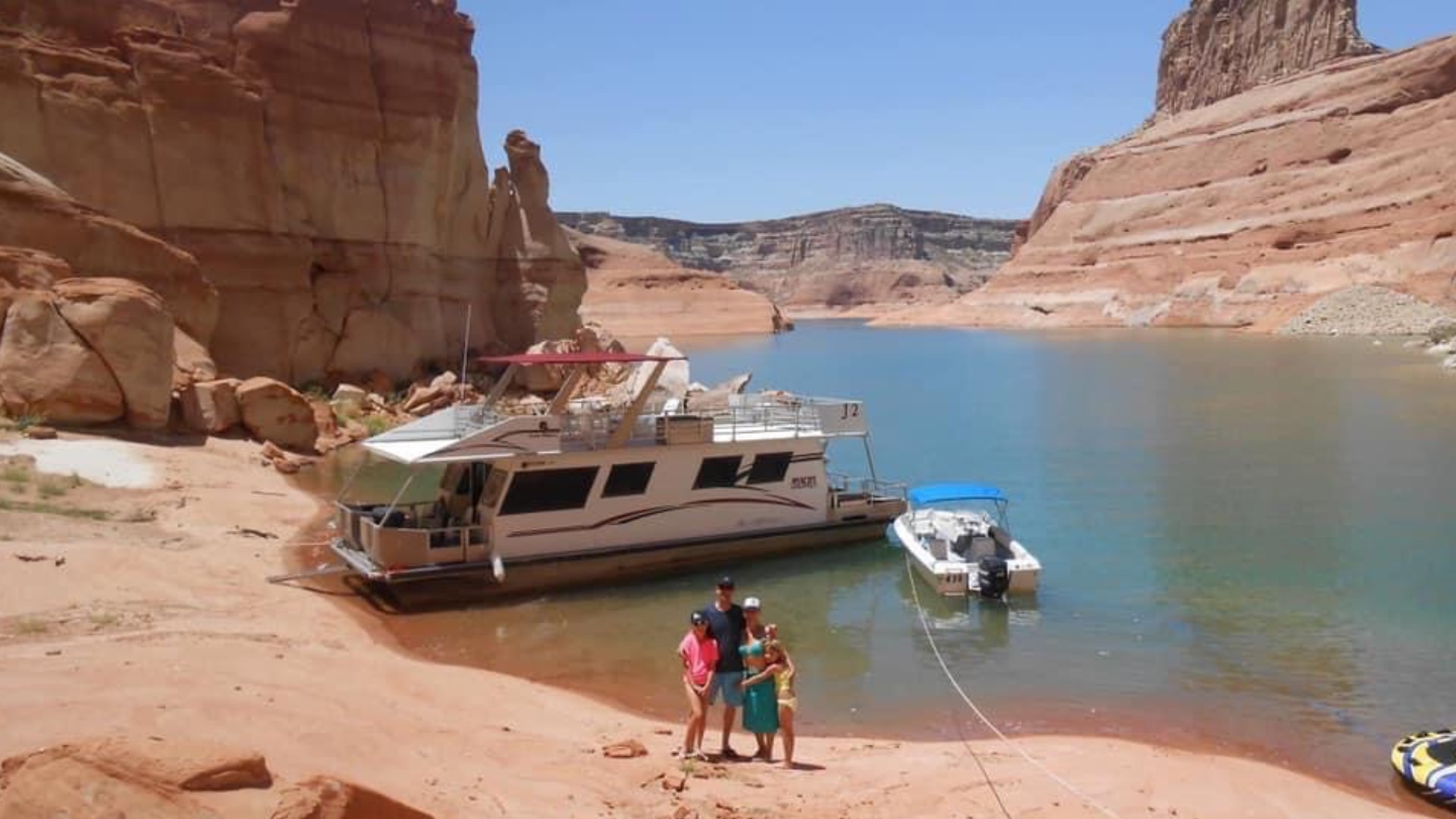 LAKE POWELL, Ariz. — What's being classified as an Exceptional Drought has hit the Western United States. Extreme summer heat is threatening the power grid and water supply as well as Lake Powell, the nation's second-largest man-made reservoir. In part two of a three-part series, I visited Lake Powell which sits on the Utah and Arizona border to see first-hand how low water levels are affecting boaters.

I started visiting Lake Powell as a child and brought my family back for a houseboat trip in 2014, but my visit this summer during a megadrought wasn't a vacation.

Lake Powell is known for its boating and beauty, but 30 million people also rely on the reservoir for its drinking water. The Western states are experiencing an Exceptional Drought which is the highest category of drought. An Exceptional Drought is classified as a D4 which means it can create widespread crop and pasture losses, fire risk, and water shortages that result in water emergencies. A water emergency is any disruption of clean water to a person's home.

Sandstone cliffs that surround the lake show a water level that's down to 38% capacity.

The Denver resident has visited Lake Powell more than 80 times. We took a boat ride with him as he told us on this trip due to the low water, he and his friends were forced to make their journey with multiple gas docks closed.

They traveled 96 miles from the Bullfrog Marina to the Wahweap Marina on one tank of gas. We asked if that was nerve-racking for the boaters.

"A little bit, yeah," said Chambers who told us he pulled into Wahweap with about a third of a tank of fuel.

His first mate, Landon Smith, told us just launching the boat was a challenge.

"The ramp we have gone down a couple of times. They had to make a separate ramp in the dirt just because the concrete was too high," said Landon.

Credit: KFMB TV
The water level at Glen Canyon dam has dropped 150 since the early '80s.

Makeshift boat ramps can be found across Lake Powell, but some ramps are unusable for power boats because where the concrete ends, the water is still 100 feet or more away.

Plummeting water levels have changed the way boaters navigate the 186-mile lake. In 2014, when I left Wahweap Marina in my houseboat rental, there was a man-made trench or shortcut that took boaters to the other side of the lake. That shortcut is no longer useable because it's all dirt.

But many things haven't changed in the past seven years. Lake visitors are still able to water ski, fish, kayak and sightsee. Boaters are still enjoying the lake in all the same ways despite the drought. Low water levels have exposed new beaches for visitors to camp on. A year ago, these campsites would have been 30 feet underwater.

"The water level is kind of sad in a way but it's still Powell," said Michael Chambers.

Although the lake is still filled with boats, visitors say the so-called "bathtub ring" tells a story. The ring consists of the sandstone cliffs that line the reservoir with discoloration on the rocks. The different stains show a 150-foot water level drop from the water line in the early 1980s.

"It's actually really sad, honestly. I was sad to see how low the water has gotten even in the past year," said boater Olivia Crory.

We asked several people if they believed people in more populated states such as California are using too much water?

"I look at the 1922 treaty between the seven states, how to share the Colorado River and I'm like 'huh,'" said Chambers.

The Colorado River Compact was signed on Nov. 24, 1922. It was the first time more than three states negotiated an apportionment for the waters of a stream. The States of Arizona, California, Colorado, Nevada, New Mexico, Utah, and Wyoming, entered a compact under an Act of the Congress of the United States to share the water from the Colorado River.

Chambers feels West Coast residents are using more than they should and stronger water conservation should be enforced. He has a message for the West Coast about drinking water.

"It starts in Colorado, baby. Colorado and Wyoming. It's the Colorado River for a reason," said Chambers. "I'm just concerned about the state that I'm from and I love Lake Powell and I want this place to stay alive and open to boaters like me."

Although Lake Powell is currently projected to fall to its lowest level since the lake was filled in the 1960s if water users cherish every drop, one of the crown jewels of the West could be saved.

In part three of our Exceptional Drought series, we'll tell you how conservation will not only save water but possibly the town of Page, Arizona which relies on Lake Powell for drinking water and tourism. 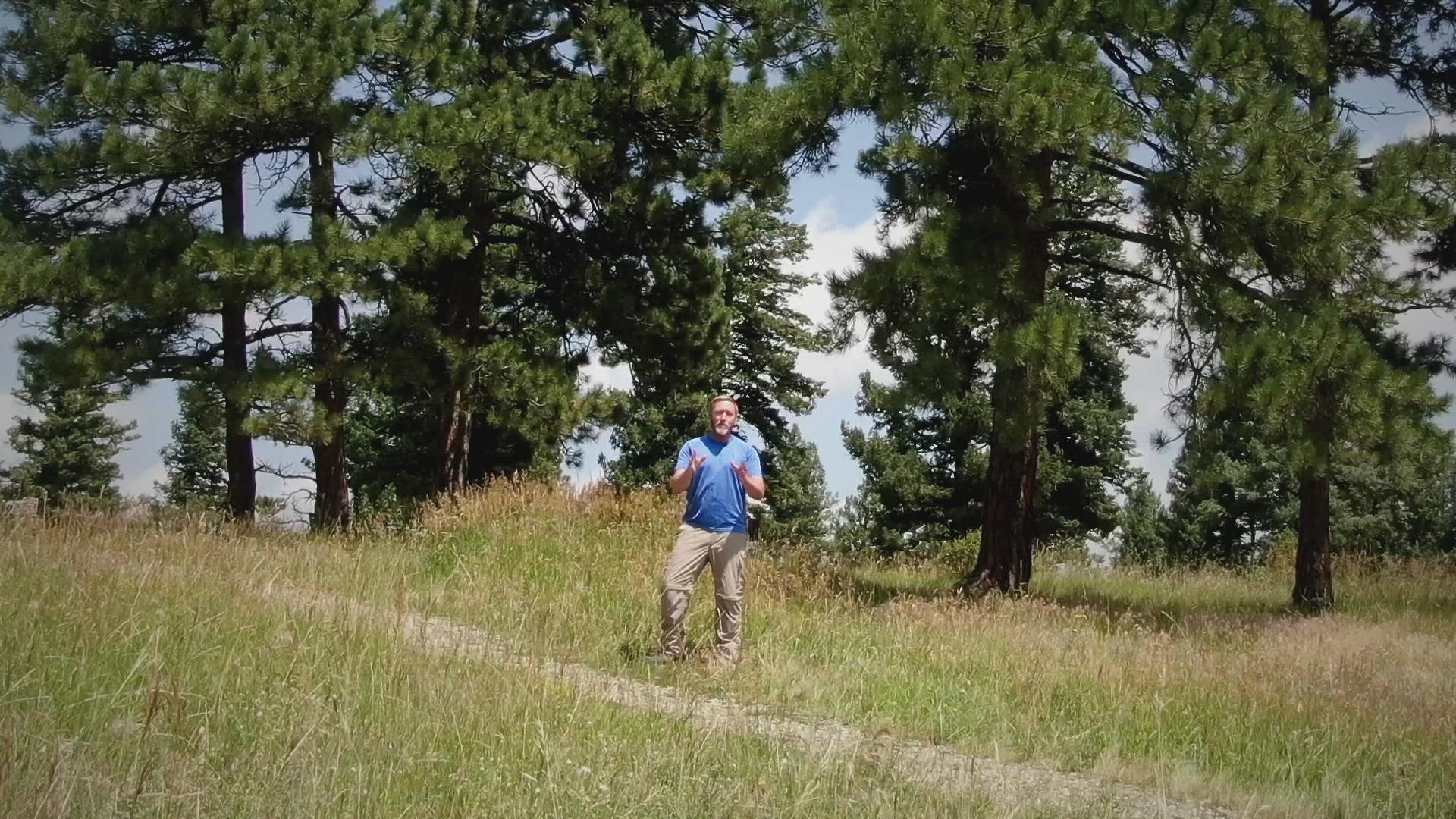