A local artist took scrolls of paper to events, parks and festivals throughout Denver and invited people to write stories on them. Now, the scrolls are featured at Denver Public Library through July 21. 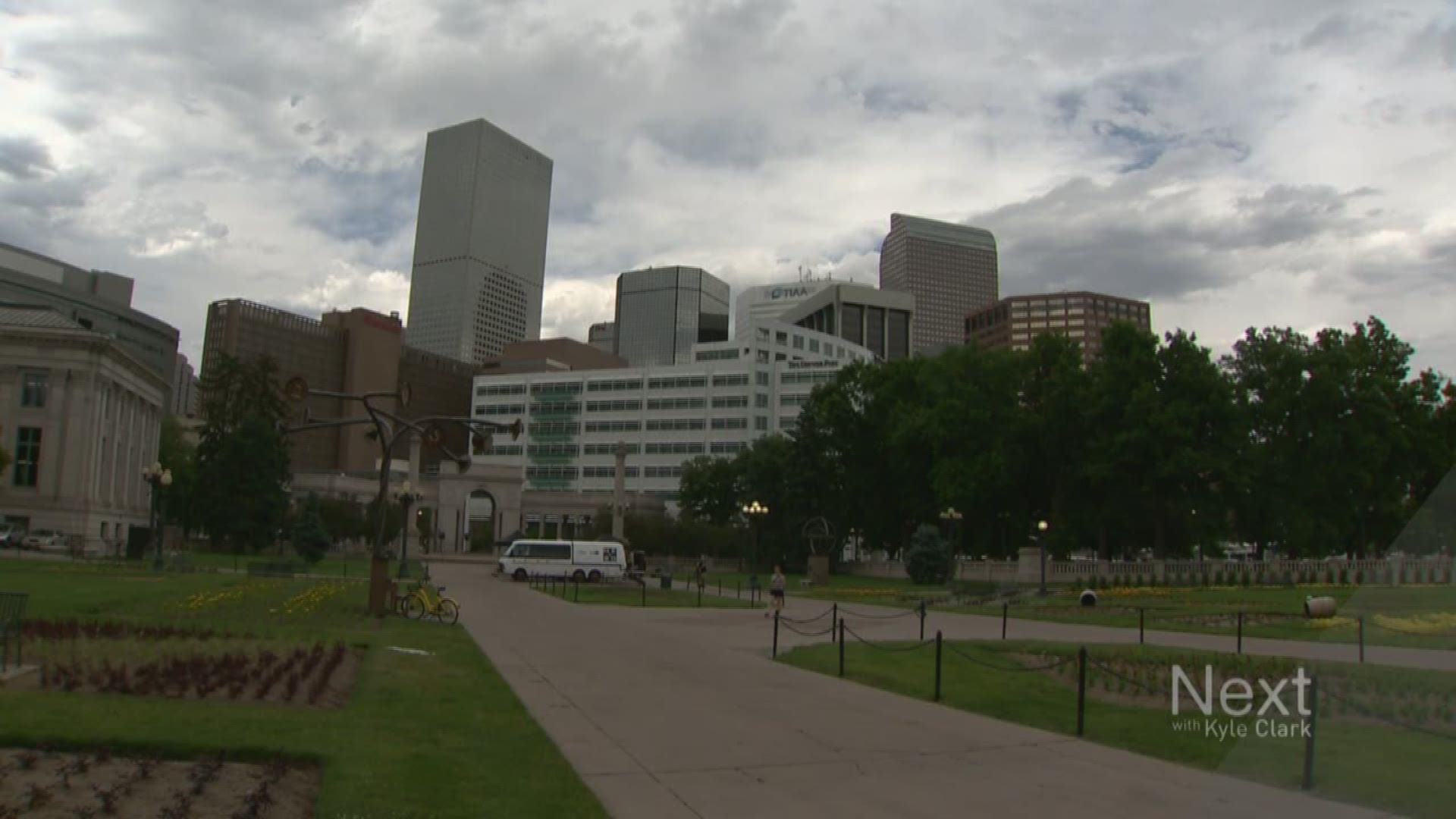 Head to Denver Public Library's central branch, take the elevator to the fifth floor, and walk into a world of stories.

Massive scrolls line the walls. They're filled with the personal histories of hundreds of Denverites.

"Each one is special," Garrett Suydam said. He's the artist behind this project, which launched at the library mid-May and runs through July 21.

An art installation at Denver Public Library features scrolls chock full of stories written by people at events, parks and communities all over the city.

Suydam said he started the project four years ago as a way to collect folk history about people who live in the Mile High City.

"Then it sort of morphed into going into different neighborhoods, different communities and really trying to focus on trying to amplify voices that are often unheard," he said.

He invited people at events, festivals and parks to write their story on the scrolls or share pictures. The result was massive scrolls, chock full of individual stories of people in and around the city.

The stories are as simple as love between a brother and sister, and as complicated as teaching in an underfunded inner city school.

"The interesting thing was that most people tended to stay positive," Suydam said. "So I did appreciate when people were willing to offer their criticisms of the city as well."

An art installation at Denver Public Library features scrolls chock full of stories written by people at events, parks and communities all over the city.

Suydam only wrote one thing on the front of the scroll: "Denver, Queen City of the Plains; Sits 5,280 feet above sea level at the foot of the Rocky Mountains. Upon this page is the history, stories and facts of this city written by the people of this city."

Those were the words that prompted every one else.

He said he hopes he can use what he learned from this project to next create something "that gives a bit more tangible benefit to people in the communities around us."