City council members say they are open to redirecting police funds into other public safety programs after mass protests against racism and police brutality. 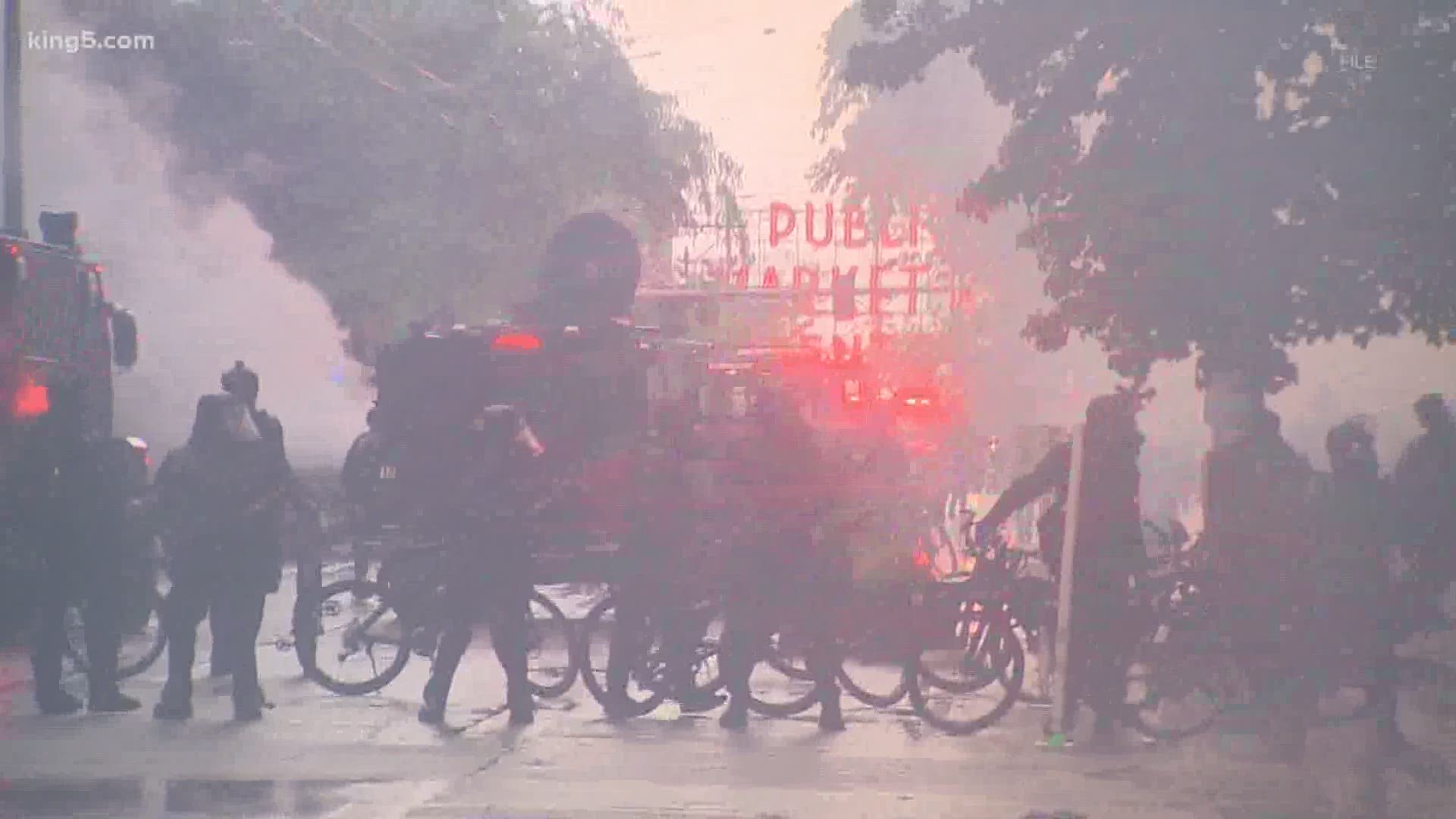 SEATTLE — The Seattle City Council began what it is calling an "inquest" into the police department budget, in the wake of the death of George Floyd in Minneapolis and the violent demonstrations that followed in Seattle, as well as across the nation.

It will likely set up a lengthy debate about a "re-imagining" of the police department, which could involve cutting millions to be redirected to other programs, referred to as defunding the police.

That’s at least the early discussion as presented by the council on Wednesday, the first of many expected meetings and negotiations between Mayor Jenny Durkan and the city council.

Several council members have already expressed openness to discuss decreasing the police budget, in the wake of the protests against racism and police brutality.

The Council’s Central staff says the 2020 budget for the police department is $409 million, with 82% just for personnel alone.

A small fraction of the budget, just tens of thousands of dollars, has been used for riot gear and non-lethal devices like blast balls and tear gas, according to the staff report.

However, that is one of the immediate line items which could be targeted for elimination, based on statements made by council members.

The discussion about defunding, or redirecting SPD money, also comes at the city looks to cut upwards of $300 million overall because of the economic collapse associated with the coronavirus crisis.

The discussion has also cropped up in other cities, including Minneapolis, where the nearly 9-minute video of George Floyd being killed by a Minneapolis police officer sparked protests nationwide and globally.

The debate also comes a year after the Seattle City Council and the mayor approved signing bonuses to boost the number of police officers on the street.

RELATED: When protesters cry 'defund the police,' what does it mean?