Heath Gumm was remembered as someone who wanted to give back, a former teacher said. 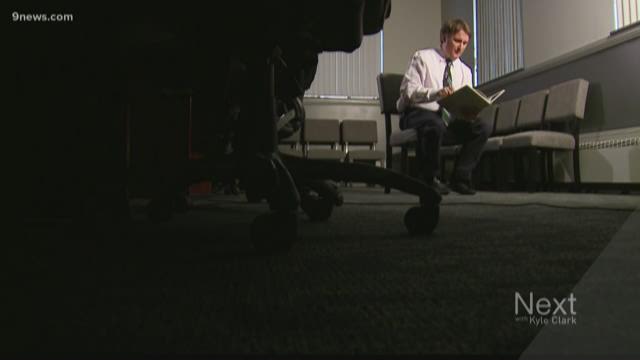 We're learning more about the life of the deputy who was shot and killed while responding to an assault call on Wednesday evening in Adams County.

The Adams County Sheriff's Office says Heath Gumm, 31, was shot in the chest on Jan. 24 in a neighborhood just east of Interstate 25 and 88th Avenue.

He had been with the Adams County Sheriff's Office since 2012, the agency tweeted.

There is a story behind this, that we will soon share. Deputy Gumm you will forever be known to us as #gummball

This is what we've learned about him so far:

According to the Mullen High School Alumni Facebook group, Mullen graduated in 2004.

Sean Keefe, assistant director of alumni engagement, sat down with 9NEWS on Thursday to speak about Gumm. Keefe said Gumm was loved and easygoing.

"He was kind. I think of affable...easygoing," Keefe said. "People change a lot from their freshman year of high school, but one thing we see from Heath is a consistency centered around kindness. He was a great kid. He was a great friend to his friends."

"The heartbreaking thing, at 32-years-old, obviously so much more to give," Keefe continued. "And when that sneaks up on you, that hurts. And that's what we're dealing with. A life taken away way too quickly."

He had a wife

The Adams County Sheriff's Office said in a press release it is "praying for the wife and the family of our fallen deputy."

He played on a club hockey team in town

The Fighting Nemos Hockey Club posted on its Facebook page that Gumm, who was #17 on the team, was a defenseman.

"Deputy Gumm played hockey like he lived his life, full of fun, passion, toughness, and with a little bit of goofiness mixed in," the post read in part.

The club plans to honor Gumm in an upcoming game, it said.

A woman named Michelle wrote into the sheriff's office about an encounter she had with Gumm and Sgt. R. Hannah. In the post that the sheriff's office later put on Facebook, Michelle told the story about about a time her son's UHaul trailer lost its tire while he was driving. She said Sgt. Hannah and Deputy Gumm helped her son and made sure he was safe.

"In these times that we live in with so much adversity and hostility, we wanted to relay to you a positive message regarding these officers who also were assisted by some neighborhood gentlemen who were of different ethnicities and everyone was just willing to help make sure things went right and were resolved safely."

NOTE: Gumm is the man wearing the suit in this post.