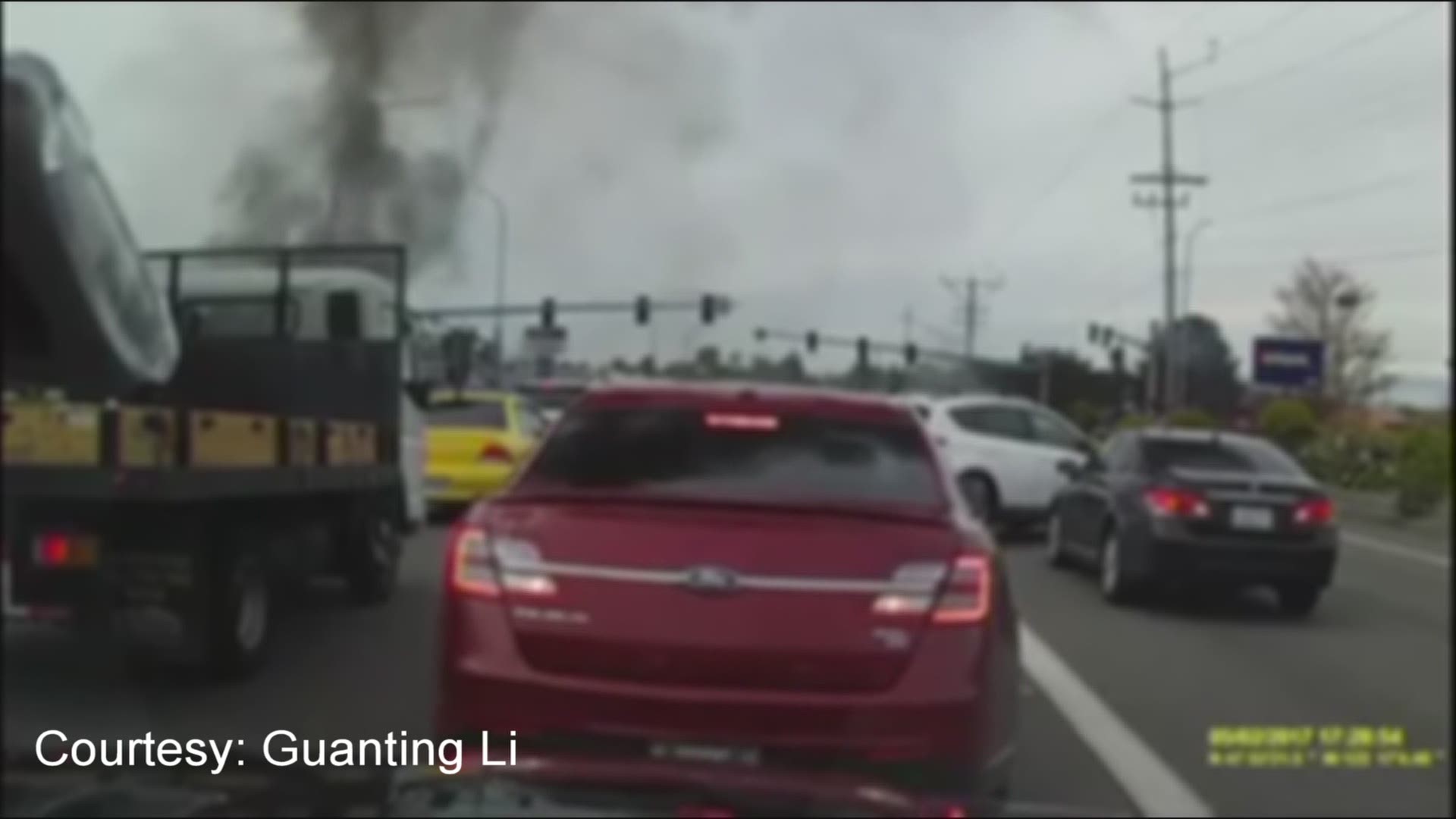 A single-engine Piper PA32 crashed on Harbour Pointe Boulevard Southwest and Mukilteo Speedway about 3:30 p.m. immediately after taking off the runway at Paine Field, according to the Federal Aviation Administration.

Tom Little, an Aviation Accident Investigator with NTSB, said, "maybe 500-1,000 feet off the ground, they experienced an engine anomaly."

"It struck the light pole where it erupted a fuel cell. It spilled fuel onto the roadway, onto a vehicle which ignited," said Officer Davis.

Amanda Hayes says her work vehicle was scratched by a wing of the plane. 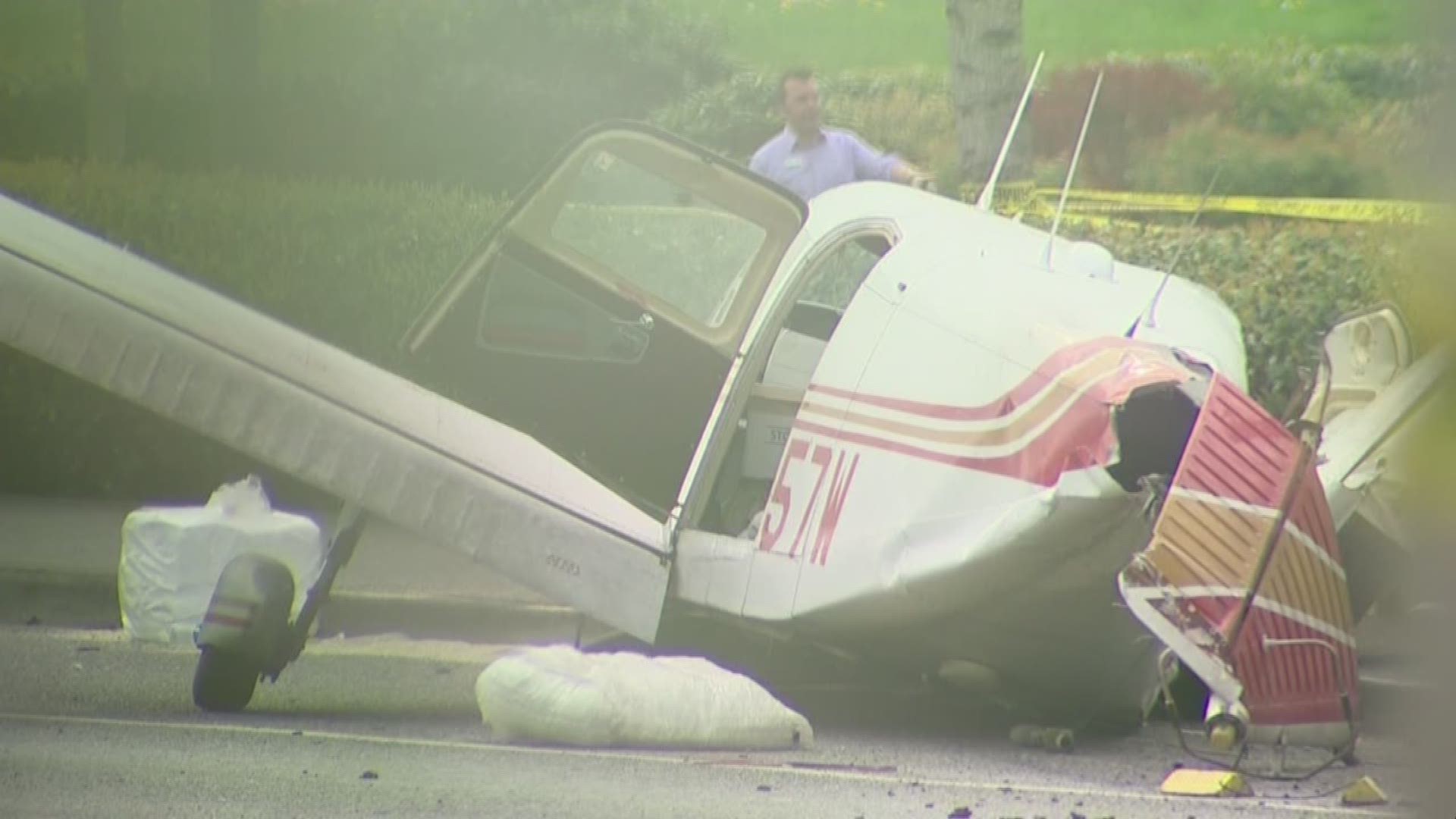 "We definitely felt the fireball as it went over the van," said Hayes. "I'm just thankful to be here."

Khal Nouri was stopped at a red light with his wife and son in the car when the plane went right over them.

"I thought it was the end of our lives," said Nouri who praised the pilot.

The plane's right landing gear collapsed, and the pilot with one passenger onboard, skidded to a stop away from vehicles, a few hundred yard away for the intersection. 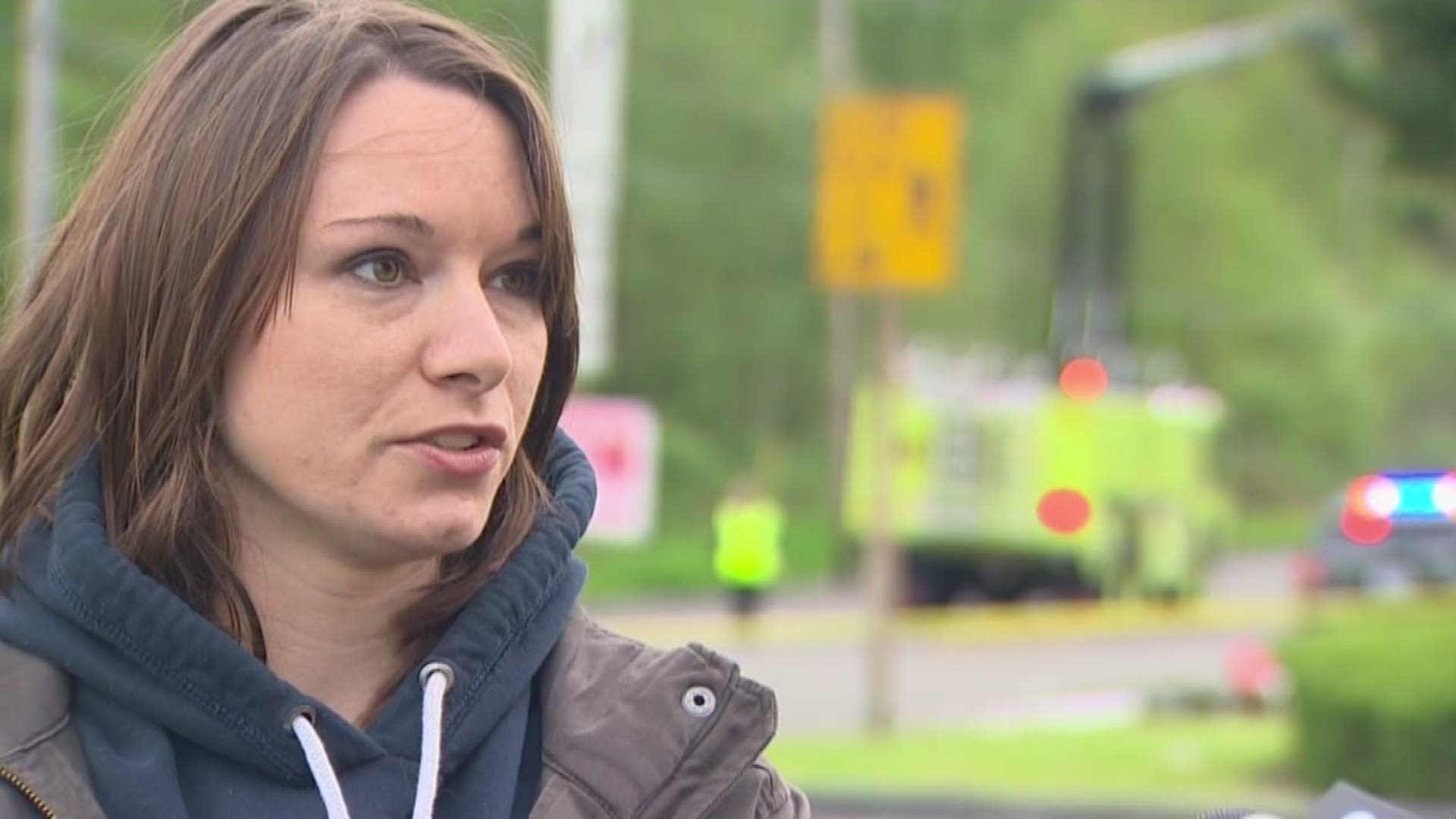 There were no injuries, according to Mukilteo Police.

Snohomish County PUD reported some power outages right after the crash. Power was restored within a couple hours..

Thank you Jesus no 1 killed