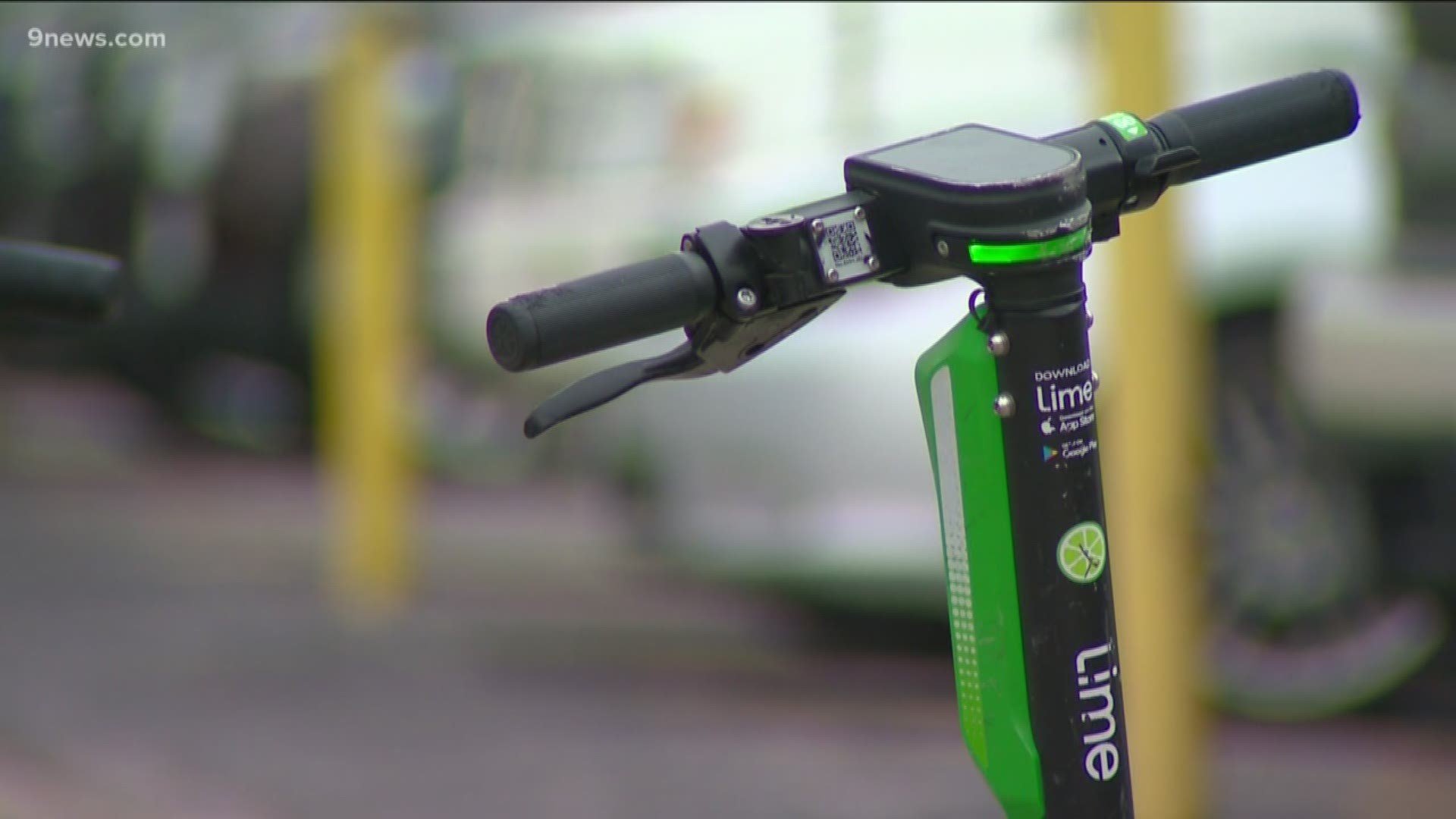 DENVER — The electric scooters zipping around some of Colorado's busiest streets sure look fun. But, surprise, surprise, there can be consequences to moving 20 miles per hour in and out of traffic.

There were about 40,000 of those painful consequences, brain injuries, cuts, bruises and more, nationwide from 2014 to 2018 according to a new study published in the Journal of the American Medical Association.

It's a growing phenomenon that some Colorado cities are just starting to navigate. Boulder still doesn't even know if they want them. Fort Collins allowed them in October and have reported an injury already.

RELATED: Fort Collins is picking a company to bring electric scooters to the city by end of summer

Denver will soon release a report on how many scooter injuries it's seen. Denver police have recorded 78 traffic accidents involving scooters since August of 2018. Officers cited or arrested 25 riders in those accidents and four of those were DUIs.

The study shows hospital visits for scooter injuries nearly doubled from 2017 to 2018.

The study’s author noted that most riders never wear a helmet, which could obviously have an impact on the number of serious injuries from scooter crashes and falls.