Police said the suspect stole an RTD bus, with a driver but no passengers on board, at Federal Boulevard and Howard Place and then crashed into a retaining wall. 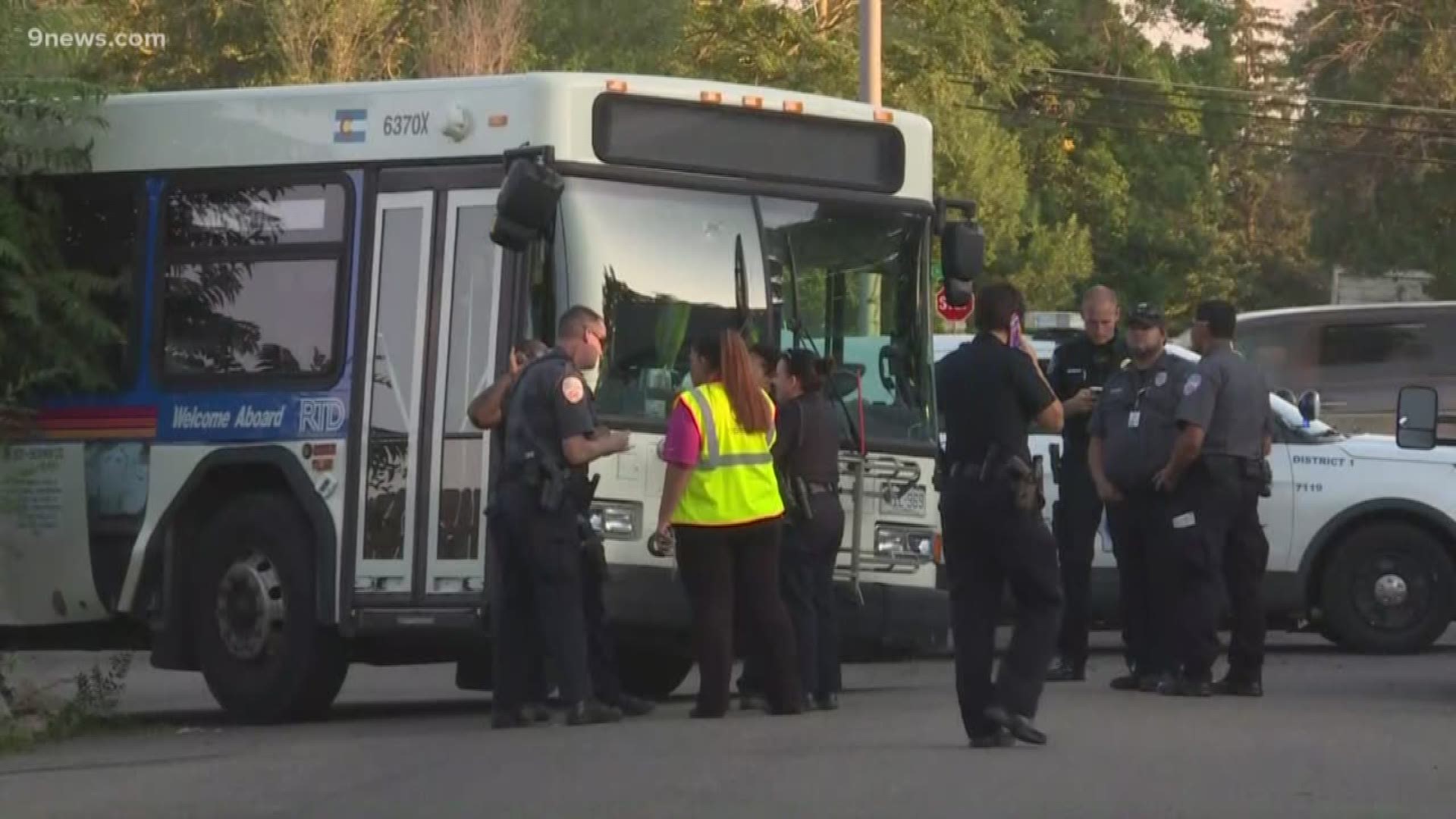 DENVER — Officers have arrested a carjacking suspect at 1st Avenue and Sheridan Boulevard, Denver Police said in a tweet.

Police said at about 6:15 p.m. Monday, an adult male jumped on an RTD bus driving down the road, with a no passengers on board, near Federal Boulevard and Howard Place.

The man hijacked the bus after threatening the driver with a weapon. The suspect, later identified at Solomon Garcia, 36, allegedly told the bus driver, "I have a gun get out of the bus," according to a probable cause statement by Denver Police.

Garcia then crashed the bus into a retaining wall then went into a nearby home, police said. He then stole a Hyundai Santa Fe near 6th Avenue and Lowell Boulevard, drove up Sheridan at a high rate of speed, lost control, went off the road, struck another vehicle and came to rest outside a 7-Eleven on 1st and Sheridan, police said.

Garcia suffered a leg injury in the second crash and was taken to the hospital, police said. He's being held for investigation of aggravated robbery. 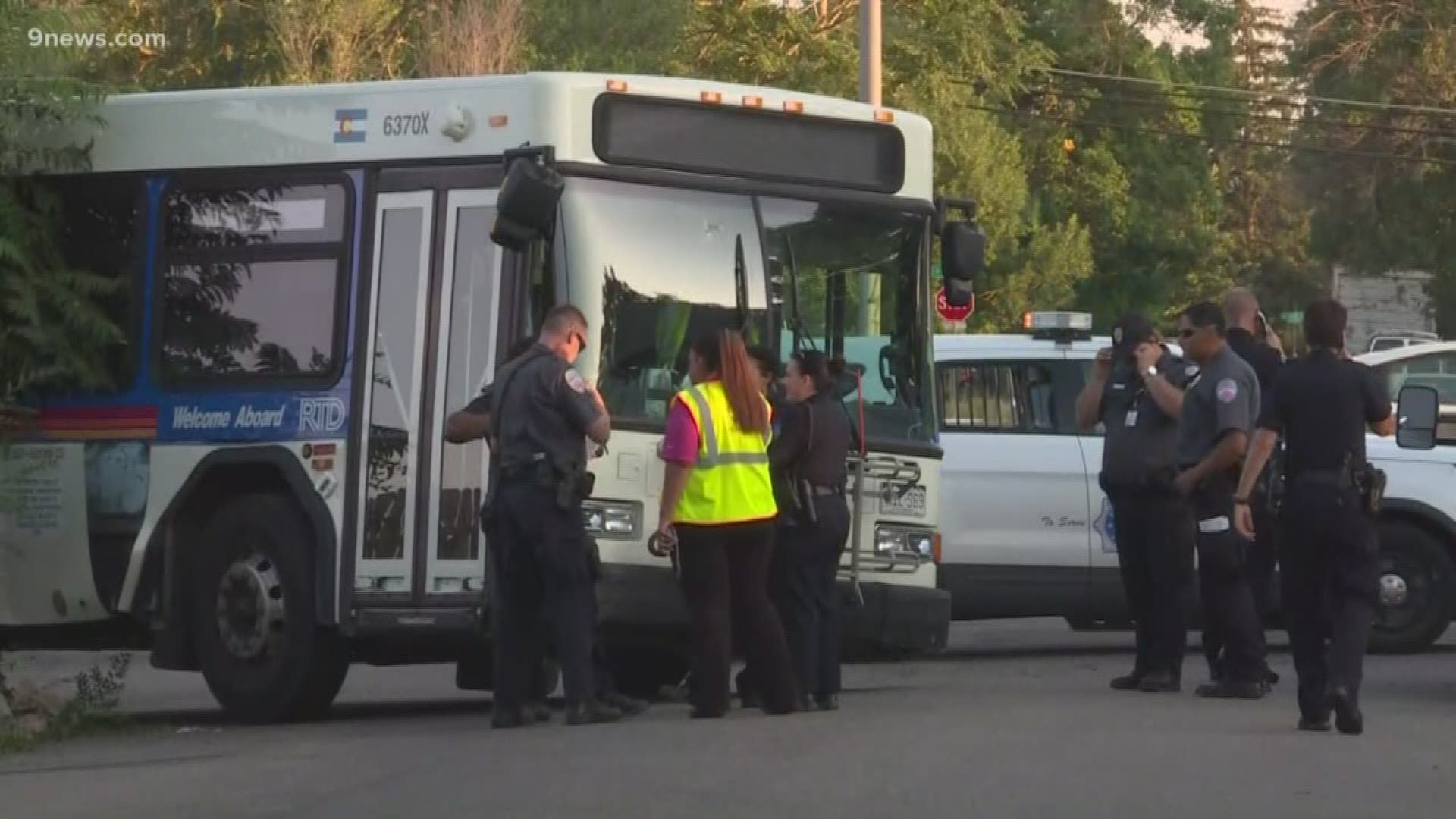 People in the other vehicle in that crash were also injured but were not taken to the hospital. The driver of the Honda Santa Fe and the driver of the RTD bus are both OK, police said.

Rylan Summit was sitting at a traffic light, waiting to turn, when the carjacking suspect slammed into the back, passenger-side of his car. Summit was not injured, but his car has significant damage.

“I was shaken around, but I’m fine. I am out alright, thankfully,” he said

Summit said he was on his way to dinner with friends when the crash happened.

“It honestly reminded me of a chase scene in COPS,” he said.