Ted Bundy: A look at the Colorado connection to the notorious serial killer

The serial killer's story has gained renewed interest with Netflix's recent release of "Conversations with a Killer: The Ted Bundy Tapes."

KUSA - It was just over 30 years ago when one of the U.S.'s most notorious serial killers was executed in the state of Florida.

The serial killer's story has gained renewed interest with Netflix's recent release of "Conversations with a Killer: The Ted Bundy Tapes."

His death was about 11 years after he escaped from custody twice in Colorado -- once in June 1977 and another time, about six months later, just before the 1978 new year.

James Crone, who recently retired as county sheriff for Morgan County, was brand new in law enforcement at the time. He was at the Garfield County Jail, where Bundy was housed following the June 1977 escape.

"We were there picking up a prisoner from Garfield and the jailer pointed out his cell as we walked by to get our guy," Crone said. "I peeked in and Bundy was typing away. He looked up, smiled and gave me a wave."

Crone also said he grabbed a local wanted poster for Bundy off a bulletin board in the office, which he still has today.

Crone said the experience is a reminder that although Bundy often steals the limelight, there are many sexual and violent predators today who are similar.

Bundy was extradited to Colorado in 1977, suspected in the January 1975 abduction and murder of 23-year-old nurse Caryn Campbell in Aspen. He had been in Utah, where he was serving time in prison after being found guilty of kidnapping and assault.

It was in Colorado, after being transported from the Garfield County Jail in Glenwood Springs to the Pitkin County Courthouse in June 1977, that Bundy escaped. During a hearing, the judge granted Bundy's request to use the courthouse library. Law enforcement later determined he jumped out of the second-story window to escape.

A massive manhunt throughout west Colorado ensued as Bundy hiked the area, breaking into a cabin and trailer to steal supplies. Aspen police captured him in a stolen car after he'd been on the run for six days.

Bundy was jailed again in Glenwood Springs. There, over about a six-month period, he orchestrated a detailed escape plan that involved sawing a hole in his cell's ceiling. He escaped on Dec. 30, 1977, by crawling through that hole, breaking into the chief jailer's apartment to steal clothes and walking out the front door. 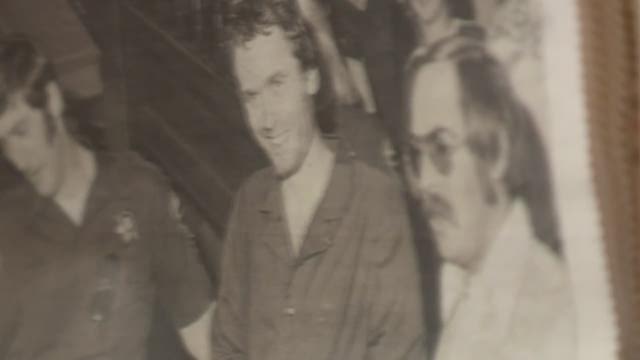 Bundy was eventually recaptured in Florida in February 1978 after attacking and murdering more victims.

Bundy ultimately confessed to 28 murders before his 1989 execution, although some estimate he was responsible for hundreds more.