Tennessee bill would allow adoption groups to turn away gays

The GOP-dominant House on Monday overwhelmingly voted 67-22 in support of the proposal after a brief but tense debate. The bill must now pass the similarly GOP-controlled Senate before it can reach Republican Gov. Bill Lee's desk for final approval. 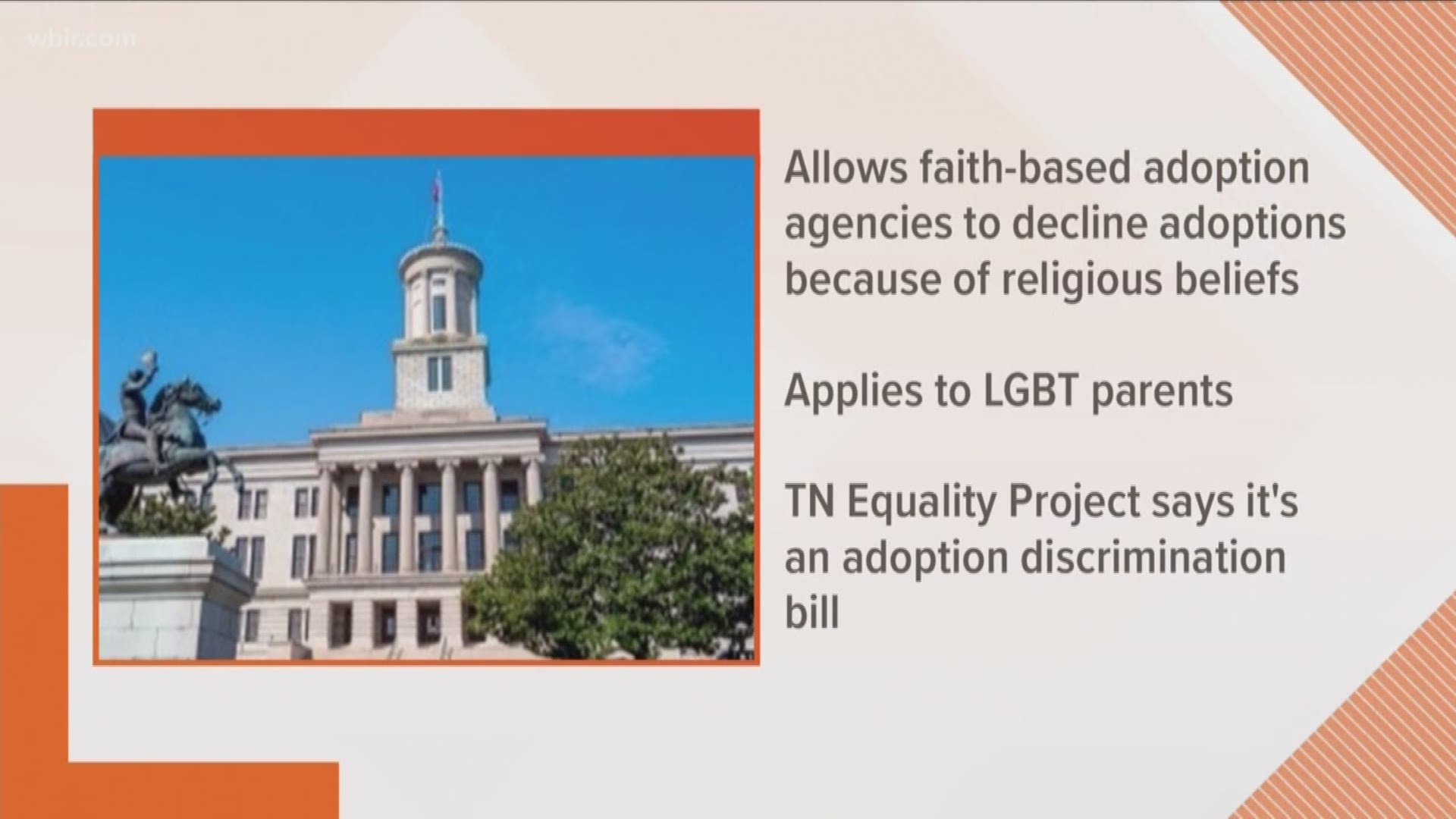 NASHVILLE, Tenn. — Tennessee lawmakers are working to become the latest state to ensure faith-based adoption agencies can refuse to place children with gay parents and other families because of their religious beliefs with facing any penalties.

The GOP-dominant House on Monday overwhelmingly voted 67-22 in support of the proposal after a brief but tense debate. The bill must now pass the similarly GOP-controlled Senate before it can reach Republican Gov. Bill Lee's desk for final approval.

Lee hasn't said publicly whether he supports the legislation but his religious faith has often been a cornerstone of his political career. Kansas and Oklahoma enacted similar laws last year

Supporters argue that while faith-based adoption agencies in Tennessee have been operating without issue, the move is needed to protect against potential lawsuits hostile to the group's religious beliefs.

Furthermore, if the proposal becomes law, current adoption practices in the state aren't expected to change. Some faith-based agencies already do not allow gay couples to adopt. But this measure would provide legal protections to agencies that do. For example, denied applicants couldn't sue an agency for damages if the religious belief or moral conviction was cited a reason.

"We're doing the same as nine other states have done," said Republican Rep. Tim Rudd of Murfreesboro, the bill's sponsor. "Throughout the country, these faith-based organizations have been sued to the point they're being driven out of business due to costs."

However, opponents counter the measure will give adoption agencies free reign to discriminate against LGBT families, single parents and non-Christians in placing children based on "religious or moral convictions or policies."

Some experts have said same-sex couples are nearly three times as likely to adopt as heterosexual couples.

"We have children across this state looking for loving homes, why are we doing anything to prohibit a loving family or a couple from being able to care of a child and take it in and provide for it, why?" said Democratic Rep. John Ray Clemmons after a brief back and forth with Rudd over the bill's purpose.

In 2011, Illinois declined to renew its state contract with Catholic Charities adoption services due to its policy of refusing child placement to same-sex couples. Catholic Charities has also stopped handling adoptions in Washington D.C., Massachusetts and San Francisco over concerns they would be required to act against their religious beliefs. 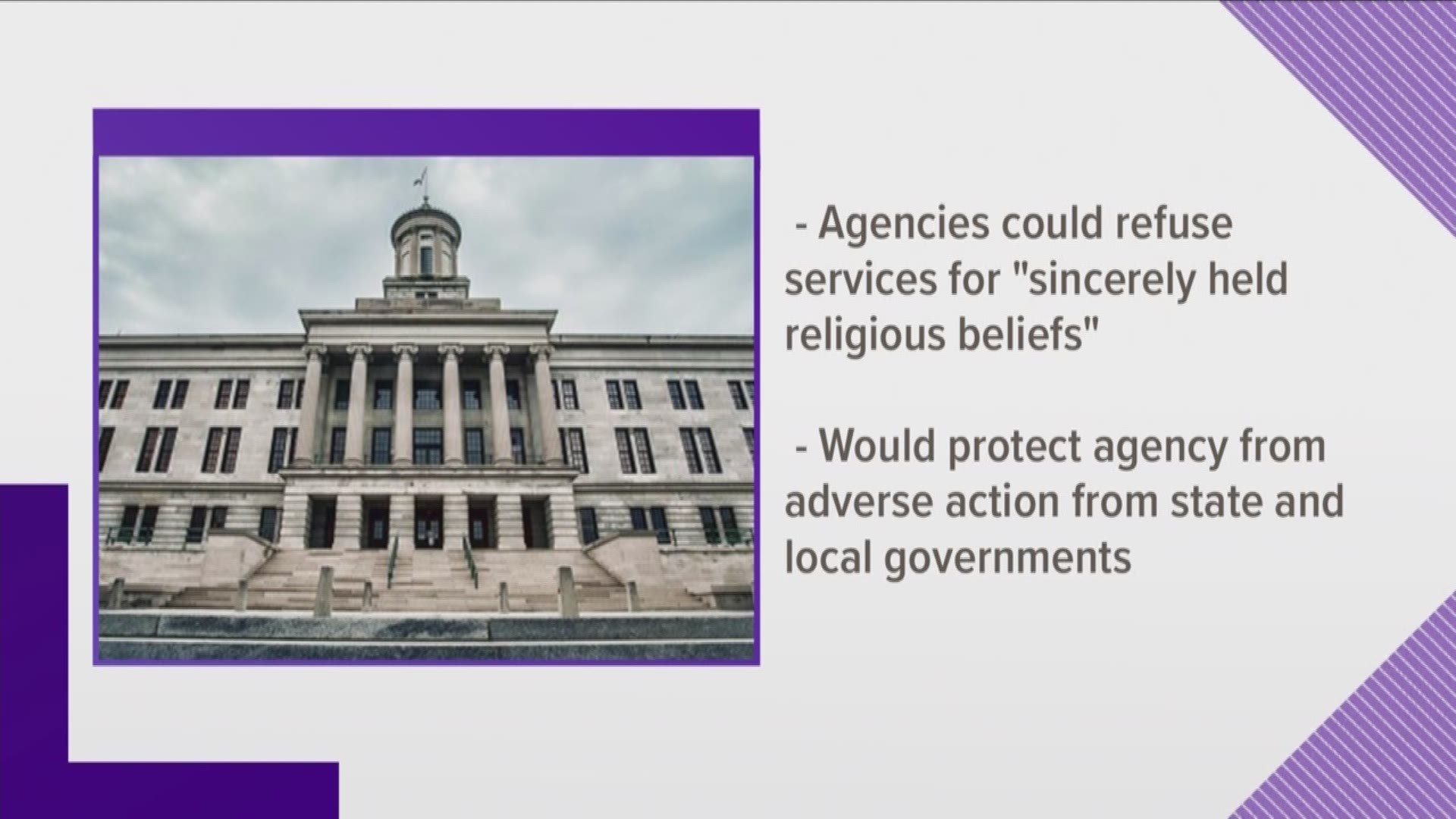