The Baker Mayfield Report: Nothing but positives in Cleveland Browns’ win in preseason opener

Cleveland Browns quarterback Baker Mayfield did not play long in the preseason opener, but he engineered a touchdown drive early in the game. 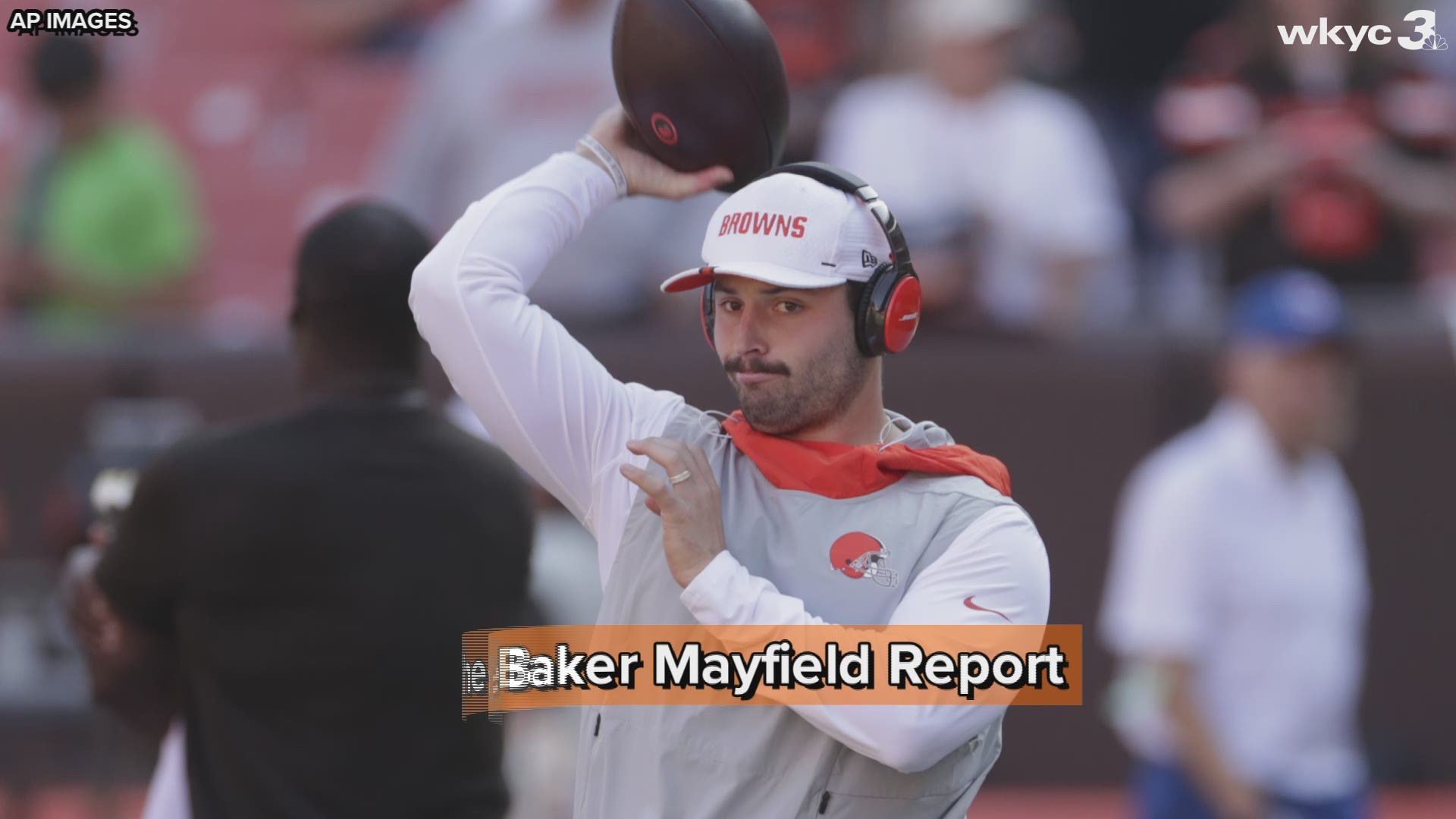 CLEVELAND — Second-year quarterback Baker Mayfield did not get much work against the Washington football team in the Cleveland Browns’ preseason opener, but it was a successful night for the first-team offense as a whole and its leader individually.

Mayfield got just one series in the game against Washington, but it was a meaningful one in the 30-10 win in front of the home fans at FirstEnergy Stadium in Cleveland Thursday night.

Here is a look back at Mayfield’s night in the 2019 preseason opener.

The Browns won the coin toss, took the ball and Mayfield led a scoring drive on the first possession of the game, as his touchdown pass to Rashard “Hollywood” Higgins gave Cleveland a 7-0 lead over Washington with 12:47 to play in the first quarter.

Facing a first-and-10 from Washington’s 24-yard line, Mayfield took the snap from center JC Tretter and fired a throw down the left hashmarks to Higgins, who broke open between the second and third-level defenders to create the window for the touchdown pass.

Mayfield was five of six for 77 yards with the touchdown pass on the first drive of the game.

RELATED: Quotable Kitchens: Cleveland Browns starters sitting is ‘nothing to write home about’

Mayfield was efficient and effective in his limited work against Washington, but more importantly than the touchdown drive was the fact that his jersey still was clean by the time he was pulled after the first series.

Despite some inconsistent play throughout the first two weeks of training camp, the offensive line kept Mayfield clean and gave him enough time to make the throws, move the ball down the field and end a drive in the end zone.

Mayfield’s hardest hit was perhaps early in his only drive.

As Mayfield backed up into the shotgun formation after calling an audible at the line of scrimmage, an official bumped into the second-year quarterback, knocking him briefly off course before play resumed.

RELATED: Freddie Kitchens is pushing a lot of the right buttons for the Cleveland Browns -- Bud Shaw's Sports Spin

After practices in Berea on Friday, Saturday and Monday, the Browns will take the show on the road, literally.

What are they saying?

Mayfield said the Browns “were calling it as it goes” on the opening drive of the game.

“We kind of had an idea of what we wanted to do not really knowing exactly what they were going to come out when we were playing that fast,” Mayfield said. “It was just seeing the adjustments and checking the ball down when they are carrying their seams and stuff like that. Get the ball down to your back quickly and let them do some work, and they did a good job.”

Higgins added, “Baker is smart. He is going on his second year and there is a lot of development that he has completed, and we only saw a taste of it today. He did a great job of reading coverages and doing what he does, which is win games.”