HCCO Precinct 1 says the product was leaking into a nearby waterway. 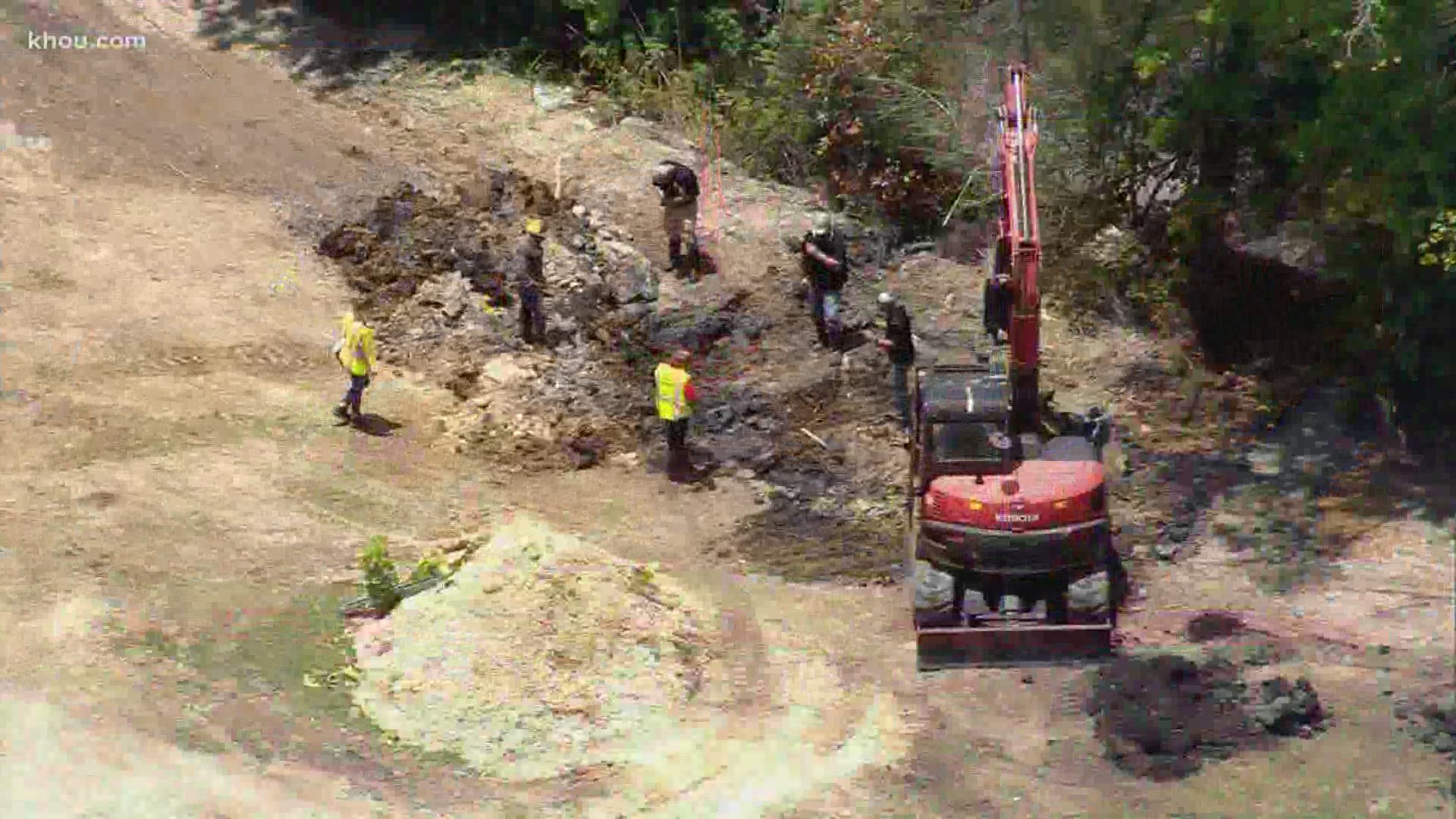 CROSBY, Texas — The Harris County Constable's Office environment crimes unit was in the Crosby area Friday where deputies said thousands of gallons of oil have been illegally buried.

Precinct 1 officers were in the area around 11 a.m. Friday serving a search warrant in the 1000 block of Church Street.

Investigators said the oil is leaking into a nearby waterway.

Precinct 1 was notified May 28 of a black, oily substance spotted by a resident in the ditches adjacent to the property. The discharge appeared to be coming off the property on Church Street and stretched at least a quarter mile west along Church Street and 655 feet to the south along the San Jacinto River Authority’s clean water basin.

Officials said a Harris County contractor is working to remediate the area before any storm spreads it further. Since last week, remediation teams have removed more than 20,000 gallons of contaminated oil/water mix from those ditches.

Several large containers of an oil-like substance were located at the scene, but the source of the contamination is still unclear, officials said. Precinct 1 investigators believe the suspect buried barrels or containers of oil on the property repeatedly over an extended period of time, possibly years.

The Harris County District Attorney’s Office assisted in obtaining the search warrant, allowing investigators to dig and take samples from the soil. The samples will undergo chemical analysis. If investigators can prove the chemical on the property is what has been seeping in the ditches, they can seek criminal charges.

No one is charged or in custody at this time, however, the investigation is still underway.