A history of Colorado through 9 historic hotels

Colorado is home to some incredible historic hotels. What's your favorite? 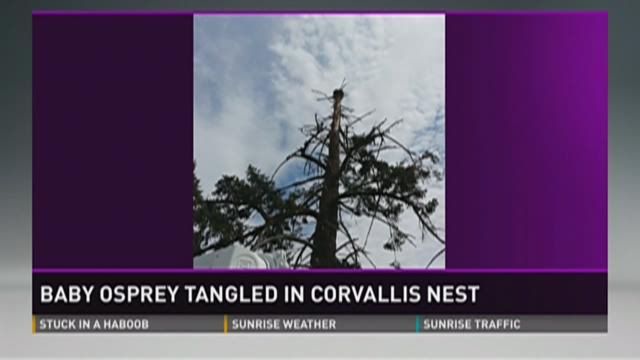 KUSA - Colorado is home to some incredible historic hotels. We are learning more about the inns and resorts that helped our state grow as part of our celebration leading up to Colorado's 139th birthday this Saturday! Here are a few of our favorites:

Located at the base of Pikes Peak, the Cliff House has been in operation longer than Colorado has been a state! Originally known as "The Inn," the 20-room boarding house once served as a stagecoach stop for trappers and hunters travelling between Colorado Springs and Leadville. Manitou Springs soon became well-known for its mineral-infused spring water and The Inn was bought and renamed the Cliff House. It became a vacation destination for rich guests who wanted to take advantage of the healing powers of the springs. The 200-room four-story building that stands today is still from that initial renovation in the early 1900s.

If you are interested in antiques and collectables, this is the hotel to visit. Leadville's population boomed with the discovery of silver in 1877. By the mid-1880s several merchants has moved into the town and built the hotel as a monument to their home state. The lower floor was designed to house shops and restaurants while the upper two floors were comprised of lavishly decorated rooms. Guests of the hotel included: Doc Holiday, Houdini, John Philip Sousa, Butch Cassidy, Molly Brown, and Baby Doe Tabor who would walk from Matchless Mine to warm herself and write letters. Today, most of the lobby of the hotel is filled with original antiques, most of which are for sale.

The Beaumont was also built during the mining boom of the 1880s. Construction on the hotel was completed in under a year: from July 5 1886 – December 15 1886. It was also one the first hotels in the country to have alternating current electricity. After its initial heyday, declining tourism forced the hotel to close in 1964. Sitting empty for 30 years the hotel fell into disrepair and was even considered for condemnation before being sold in 1998. The Beaumont was beautifully restored, rooms were expanded, and when it reopened in 2003 it received the Governor's Award for Historic Preservation.

Cleveland pharmacist Henry Strater built the grand hotel when Durango was still just a mining camp with the vision that it would eventually prosper. The hotel did prove to be very popular, but with a different group that Strater might have originally thought. Many Durango residents would leave their homes in the winter and move into the hotel. Each room had its own wood-burning stove for the harsh cold and it was a social gathering place. By the mid-1900s townsfolk had stopped moving into the hotel, but it has continued to draw in visitors from around the country.

The oldest still-running hotel in Denver, the Oxford has been in continuous operation since 1891. When it opened the hotel boasted its own power plant, barber shop, library, pharmacy, Western Union office, stables, dining room, and saloon. The "vertical railway," or elevator, was known as being very advanced for its time. The hotel is also known for its art collection, some of which were traded to the hotel in exchange for saloon and hotel tabs. Expanded and remodeled several times, the hotel is a showcase of the transformations of the city itself.

Photo Tour of the Oxford:

The Brown Palace has always been a place of luxury – construction began in 1888 and 4 years and $1.6 million later (an incredible sum of money for the time), the hotel opened its doors. The atrium-style design was ahead of its time and its triangular foundation has always given it a distinctive look. The hotel is known for housing many famous – and picky - guests including the Rolling Stones (who reportedly brought 222 pieces of luggage along), Don Henley (who traveled with his own bed), and the Beatles (who now have a suite named after them). Because of its tradition with the city, the Brown Palace also has a tradition of displaying a grand champion steer from the National Western Stock Show in its main atrium each January.

When the Hotel Colorado opened in the late 1800s it was truly a sight to behold: the courtyard held a large pool with a spectacular electrically-lit fountain in the center, shooting a rainbow of water 185 feet into the sky. In the lounge another pool, filled with trout guests could catch, framed by a huge waterfall. It was meant to cater to the rich and provide a playground for the elite. In World War II, the navy leased the hotel to house those injured from the war. The basement even held a morgue and ovens supposedly used as crematoriums for those who died.

Most famous for being the inspiration for Stephen King's book The Shining, the history of the Stanley started well before then. F.O. Stanley moved to Estes Park in the 1903 due to poor health, but wasn't happy with the amenities so he began building the hotel. Most of the timber came from the burn scar at Bear Lake, which gives much of the hotel a faint smell of wood smoke. Stanley would transport guests to his hotel from Lyons in a Stanley Steamer on the road he built. This was the first time in history an automobile, not a train, was used to bring people to a resort.

The hotel Boulderado was built in 1909 by selling community stock subscriptions at $100 per share. The centerpiece of the hotel is a famous stained-glass canopy ceiling that was modeled after the Palace Hotel in San Francisco. It was heavily damaged by heavy snowfall in 1959, but was redesigned and renovated between 1977 and 2004. The operator-elevator in the main lobby is over 100 years old, the mosaic tile in the entryway, lobby and dining room are original, and much of the history of the hotel is on display throughout the halls.

Did we miss your favorite historic hotel? Let us know what it is using #COBirthday!