Ballots are going out in Denver as Mayor Hancock puts out a negative ad that includes a false claim about his opponent. Marshall Zelinger puts it to a Truth Test. 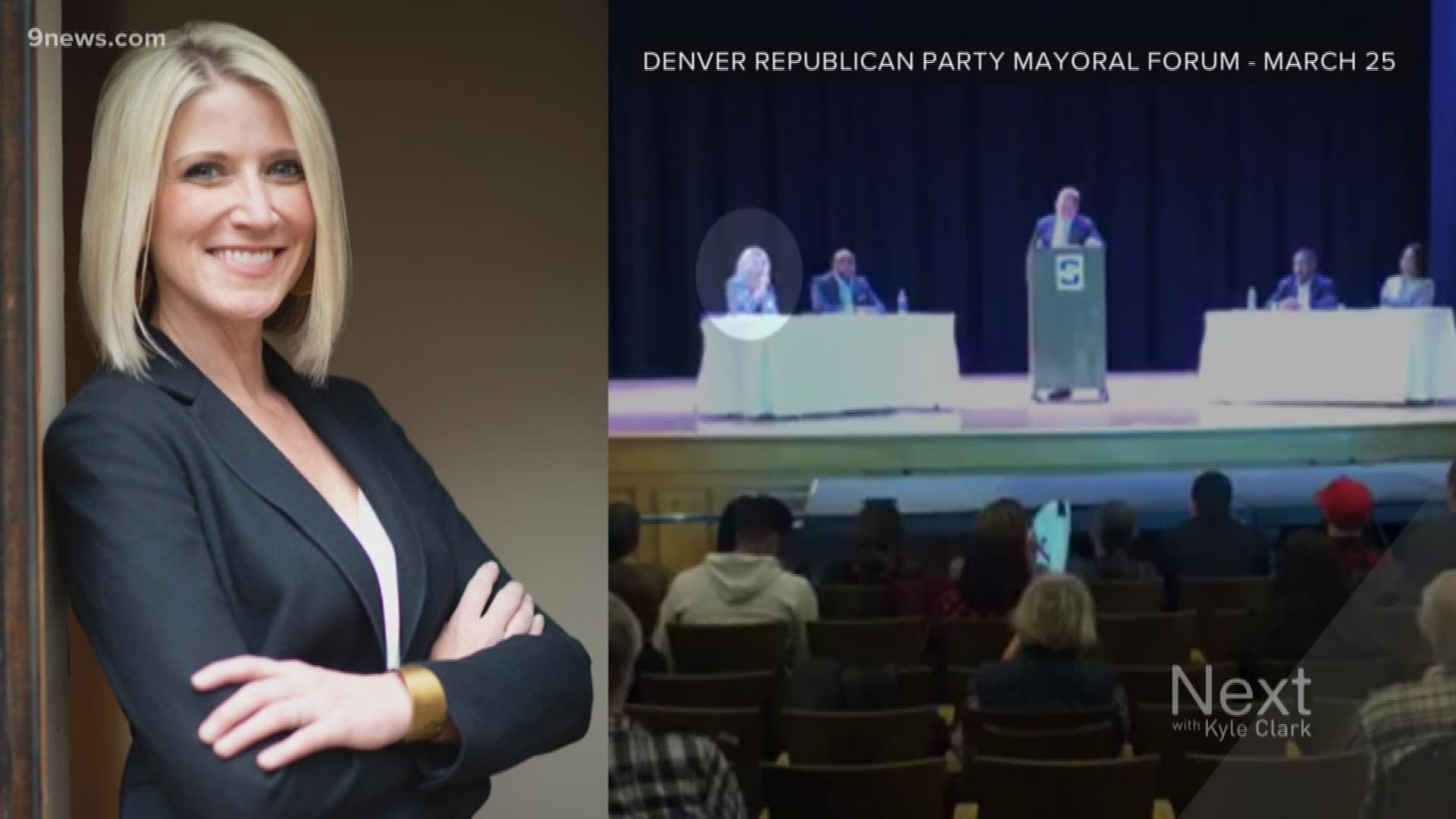 DENVER — For the first time in recent memory, there is a negative political television ad in the race for Denver mayor, paid for by one of the candidates.

VERDICT: No, the ad makes a false claim about what Giellis said.

The statement was from a mayoral forum on March 25, hosted by the Denver Republican Party and the Lincoln Club of Colorado.

The question was about each candidate's thoughts on the "Denver (Heart) Immigrants" sign that Hancock hung from the city and county building in February 2018.

"What do you tell those who oppose the city of Denver being a so-called sanctuary city," asked moderator Stefan Tubbs.

"I agree with Ms. Calderón, that this is not about doing things in which they're protecting people that have had taken illegal actions here," said Giellis.

Later in her answer, she continued, "Yes, we won't tolerate crime or criminal activity. We will comply with authorities. We will comply with ICE, in that regard, but immigrants and people coming into our community, do provide rich opportunity and diversity that we see other cities really working with."

Giellis' statement is about working with ICE to catch those who have committed a crime, her answer does not state that those here illegally are criminals.

Narrator: "What does NAACP stand for?"

Giellis: "National African American (laugh), you gonna test me on this?"

VERDICT: True, Giellis did not know what NAACP stood for.

During a Facebook Live on Brother Jeff Fard's Facebook page, Giellis was asked if she knew what the acronym NAACP stood for. She did not. When asked about it after her appearance, she provided a statement saying "I momentarily struggled to recall" and "Moments after the show, while collecting my thoughts, it came to me… I told the hosts what it stood for and apologized for my momentary lapse."

Giellis addressed the issue again in an interview with 9NEWS on Saturday.

"To be able to not answer, in that forum that I was in last week, about the NAACP, was insensitive. It shows that there is a blind spot, that I am not totally tuned in to every that's going on," said Giellis.

VERDICT: This has to be taken in two parts. One, yes tweets were deleted. Two, determining if they were racially insensitive is a decision you'll have to make.

Her tweet from 2009, stated: "Here's a question: Why do so many cities feel it necessary to have a 'Chinatown?'"

The tweet deleted from her campaign account promoted her fundraiser at a local Mexican restaurant, inviting voters to a "nacho/taco bar, lowriders, and a conversation about Denver."

In response to her 10-year-old Chinatown tweet, Giellis told 9NEWS last week, "throughout my work and travels I have shared personal observations about what I was seeing in neighborhoods around the world. The comment about Chinatowns is one example. I was noticing that those neighborhoods were changing, that "Chinatowns" became less of the cultural centers that they once were."

Regardless of her reason, you may have felt that it was insensitive. A Truth Test can't tell you whether or not that is true or false. You'll have to decide based on what you read, her explanation, and if you feel it was inconsiderate or lacking compassion.

BOTTOM LINE: The ad focuses on a week that Giellis would probably like to do over. However, it starts with a false claim that is easily explained just by listening to the statement Giellis makes in the clip they show. The NAACP claim is accurate. The claim of deleting racially insensitive tweets is based on an emotion you're going to have to make for yourself. Hancock's campaign team told 9NEWS that this is not a negative ad, but rather an ad that holds his opponent accountable for her words. This is, indeed, a negative ad.