Colorado Treasurer and candidate for governor Walker Stapleton claims he stopped a tax increase, beat back single-payer healthcare and went out on a limb for tax reform. 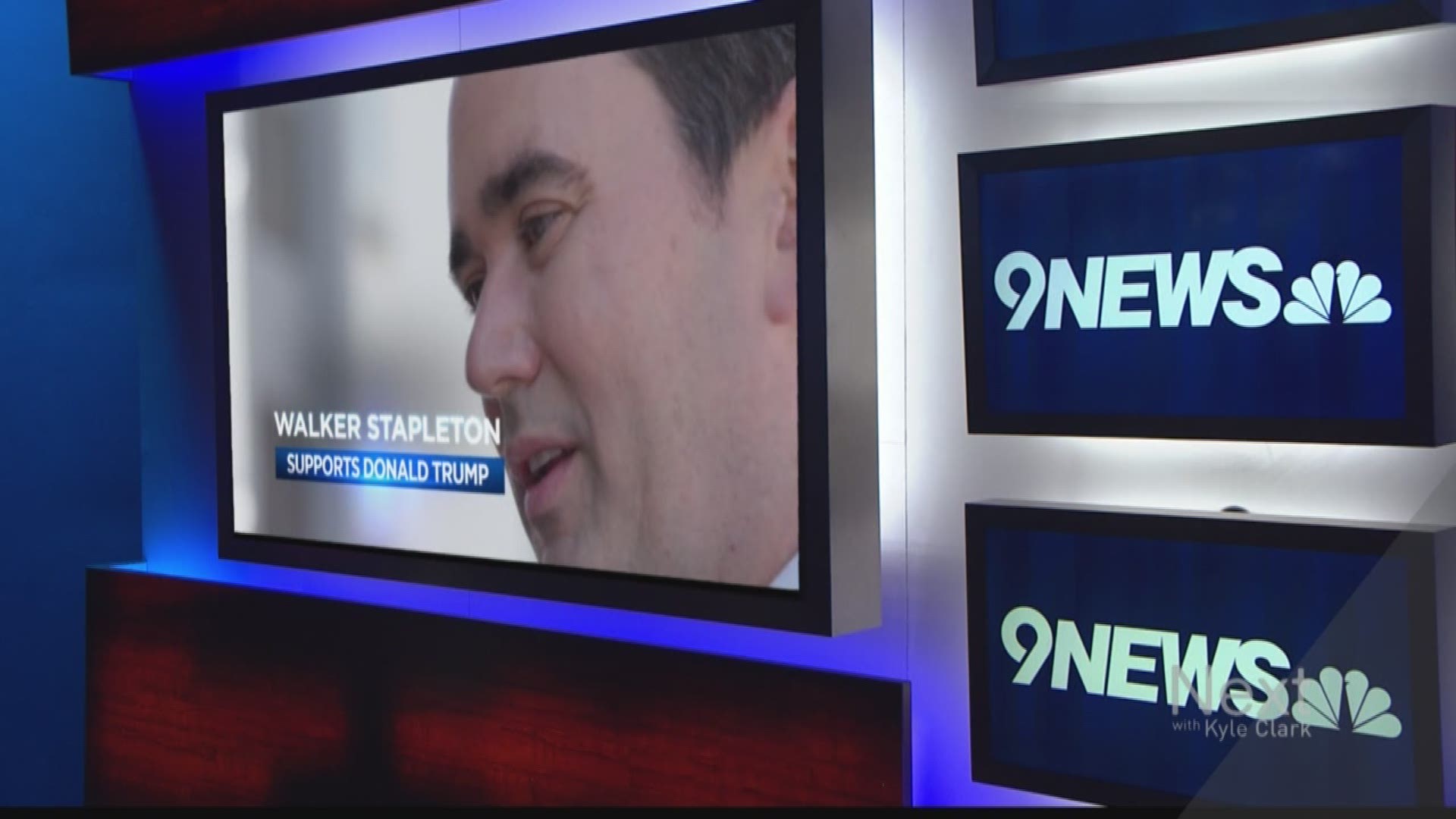 Colorado’s Treasurer Walker Stapleton wants to be the next Republican governor of the Centennial State, and he’s running an ad boasting his conservative credentials.

The 30-second television ad is called “Courage.” Stapleton tells viewers that he had the courage to fight against tax increases, single-payer healthcare and support President Donald Trump on tax reform.

CLAIM: “I was the only treasurer in the country with the courage to support Donald Trump’s tax cuts. “

Walker is one of 31 Republican state treasurers across the country and many of them supported Trump's tax plan.

The treasurers of Kentucky and Utah both penned opinion pieces in favor of federal tax reform.

And the treasurers of Idaho and Missouri traveled to Washington D.C. to talk about tax reform with the president’s team while the bill was being debated in Congress.

'We held a press conference just outside the west wing in support of the tax bill," Idaho Treasurer Ron Crane said. "It had just passed the [U.S. House of Representatives], so we were very excited about that and very supportive."

Crane even got a shout out on Twitter for his work on tax reform from Oklahoma’s treasurer.

9NEWS asked the Stapleton campaign how it justified the claim in its ad, and they pointed to one White House press release from December where he’s the only state treasurer quoted on a long list of supporters.

CLAIM: “As treasurer I stopped the largest tax increase in state history.”

Stapleton’s talking about Amendment 66; a proposed constitutional amendment from 2013 that would have raised Colorado’s income tax and spent it on public education.

Voters overwhelmingly shot down that idea.

It's true Stapleton campaigned against Amendment 66, but he was one of dozens of conservative politicians publicly pushing for a no vote.

The state treasurer has no veto power to stop a tax increase. He or she is basically the state's accountant, investment advisor and works to reunite people with their unclaimed property.

The people of Colorado were the ones who stopped the proposed tax increase when they rejected the initiative by an almost two to one margin.

Much like that tax hike for education, a lot of people campaigned against the ColoradoCare ballot initiative in 2016.

And it wasn't just conservatives.

Democrats like Governor John Hickenlooper, U.S. Senator Michael Bennet and Morgan Carrol, who's now chair of the state Democratic Party, all urged people to vote no.

Even liberal groups like Progress Now and Planned Parenthood opposed the constitutional amendment.

About 80 percent of Colorado voters rejected Amendment 69 on Election Day.

Stapleton is giving you an accurate picture of where he stood on these issues. But in the name of making himself seem like the most courageous voice on all of them, this ad is writing checks his record can't cash.