The VERIFY team is still monitoring viral videos or images coming out of Afghanistan. Here is the latest. 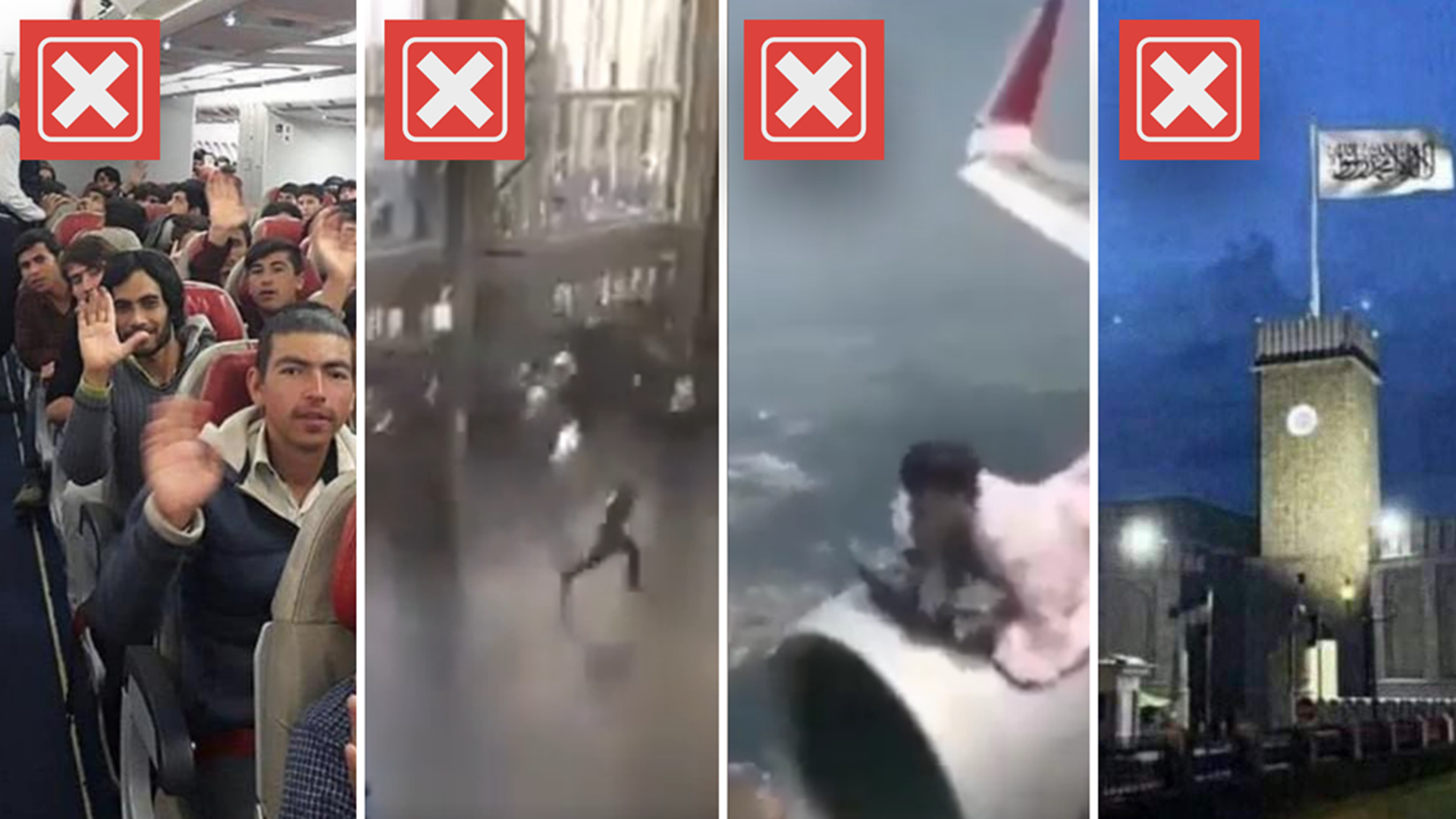 It’s been less than a week since the Taliban seized control of Afghanistan’s major cities, and in those days, the VERIFY team investigated several viral images or videos social media users claimed to be from the current events.

This is Part 2 of a fact-check of viral images and videos. For Part 1, click here.

Is it true individuals fell to their deaths from a U.S. C-17 cargo plane as it took off from Hamid Karzai International Airport in Kabul, as this image shows?

BREAKING Two people fell from the landing gear of a USAF C-17 taking off from Kabul this morning according to Aśvaka - آسواکا News Agency https://t.co/R5ZEEh4TWo pic.twitter.com/IdFbupvG8P

An archive of the photo can be found here.

The U.S. Air Force Mobility Command Public Affairs Office said they are investigating the incident from the Hamid Karzai International Airport (HKIA) in Kabul. They told VERIFY there was a “loss of civilian lives” and they are analyzing videos posted to social media as part of the investigation.

In a statement to VERIFY, the U.S. Air Force Air Mobility Command Public Affairs Office said the Department of the Air Force Office of Special Investigations (OSI) is currently investigating the events from Aug. 16 and the “loss of civilian lives.”

“In addition to online videos and press reports of people falling from the aircraft on departure, human remains were discovered in the wheel well of the C-17 after it landed at Al Udeid Air Base, Qatar,” the statement said.

The OSI investigation includes reviewing the video documentation and source of the social media posts, they said in the statement to VERIFY.

The Public Affairs team also provided this timeline of events to VERIFY:

“Maxar collected new high-resolution satellite imagery this morning (10:36 AM local time, 16 August) of the chaotic scene underway at Kabul’s Hamid Karzai International Airport in Afghanistan as thousands of people converged on the tarmac and airport runways as countries attempt to evacuate personnel from the city,” the company said in a statement.

The U.S. Air Force Mobility Command Force Public Affairs office said they could not provide any additional information about the identities of the deceased.

Does this video show people rushing into the Hamid Karzai International Airport in Kabul?

Surreal footage from Kabul airport as soon as it opened this morning - Afghanistan pic.twitter.com/2wg6klrlRC

The video was posted by Twitter account @conflict_zones on Aug. 16. An archive of the tweet can be found here. The video had been viewed more than 39,000 times as of Aug. 19.

No, the video was taken from AT&T Stadium in Arlington, Texas.

This video was not taken from HKIA but was actually taken ahead of a Dallas Cowboys and Seattle Seahawks football game on Jan. 5, 2019.

The video was originally tweeted by Jon Machota, a reporter with The Athletic. A preview of the game on Jan. 5, 2019, was published by TV station WFAA, which corroborates the date.

AT&T Stadium doors have opened for Cowboys vs. Seahawks pic.twitter.com/UTl68lVNwr

The interior of AT&T Stadium in Arlington, viewable via Google Maps, helps confirm the location of the original video.

More from VERIFY: Yes, former President Trump made a deal with the Taliban to pull US troops out of Afghanistan by May 2021

Does this video actually show a man riding on a plane’s engine to escape the Taliban?

VIDEO : Citizens of #Afghanistan scared of TB occupation hugging deaths and riding on the wings of the Airplane#Afghanistan pic.twitter.com/0mJzYAzmgc

As of Aug. 18, the video had been shared hundreds of times across Twitter and had over 29,000 views. An archive of a tweet alleging the video was taken from Afghanistan can be found here.

No, that footage dates back to at least Aug. 2020, and one of the earliest versions was posted as a compilation of memes.

Using InVid, a video verification tool, VERIFY was able to isolate the keyframes of the video in order to conduct a reverse image search using the RevEye Chrome extension. RevEye searches for a single image across Google, Bing, Yandex and TinEye.

VERIFY was able to trace the footage back to the TikTok account of Huy Xuân Mai, who posted this exact meme in Aug. 2020. Other examples of memes from plane engines were posted around the same time (see here and here). Huy Xuân Mai, a Vietnamese graphic designer, has been described as “the God of photoshop.”

More from VERIFY: Yes, fighting terrorism was the original US mission in Afghanistan, but nation-building also became a goal

Is this photo showing a Taliban flag over the Afghan presidential palace real?

Since first appearing online around Aug. 15, VERIFY found more than 20 examples of this photo shared across Facebook and Twitter, with hundreds of shares.

No, the photo was altered to show the Taliban flag raised over the presidential palace. The photo was manipulated using an original photo posted by Afghanistan and Dubai news station Shamshad TV in July 2021.

In July, Shamshad TV, a radio and television network that covers Afghanistan and Dubai, posted a photo of the presidential palace from its verified Facebook page.

Credit: Screenshot
A comparison showing how the doctored photo on the right contains the same elements and features as the original, pictured left.

Does this photo show a plane packed with only men leaving Kabul?

The photo has been shared in connection with the Taliban takeover in Afghanistan, with users claiming that only men were being evacuated out of the country. The Taliban has a history of having restrictive policies for women. An archive of a Twitter post with this photo can be found here.

No, it actually shows migrants being returned from Turkey to Afghanistan and was taken in 2018.

Using reverse image search, VERIFY was able to trace this photo to a 2018 article from the Anadolu Agency, a news outlet based in Ankara, Turkey.

The article states (translated via Google Translate): “6,846 illegal immigrants from Afghanistan, who entered Turkey illegally through Iran, were allowed to return to their countries.”