VERIFY: No, there were not ballots found in a dumpster behind the Spalding County elections office

11Alive's VERIFY team is breaking down what actually happened. 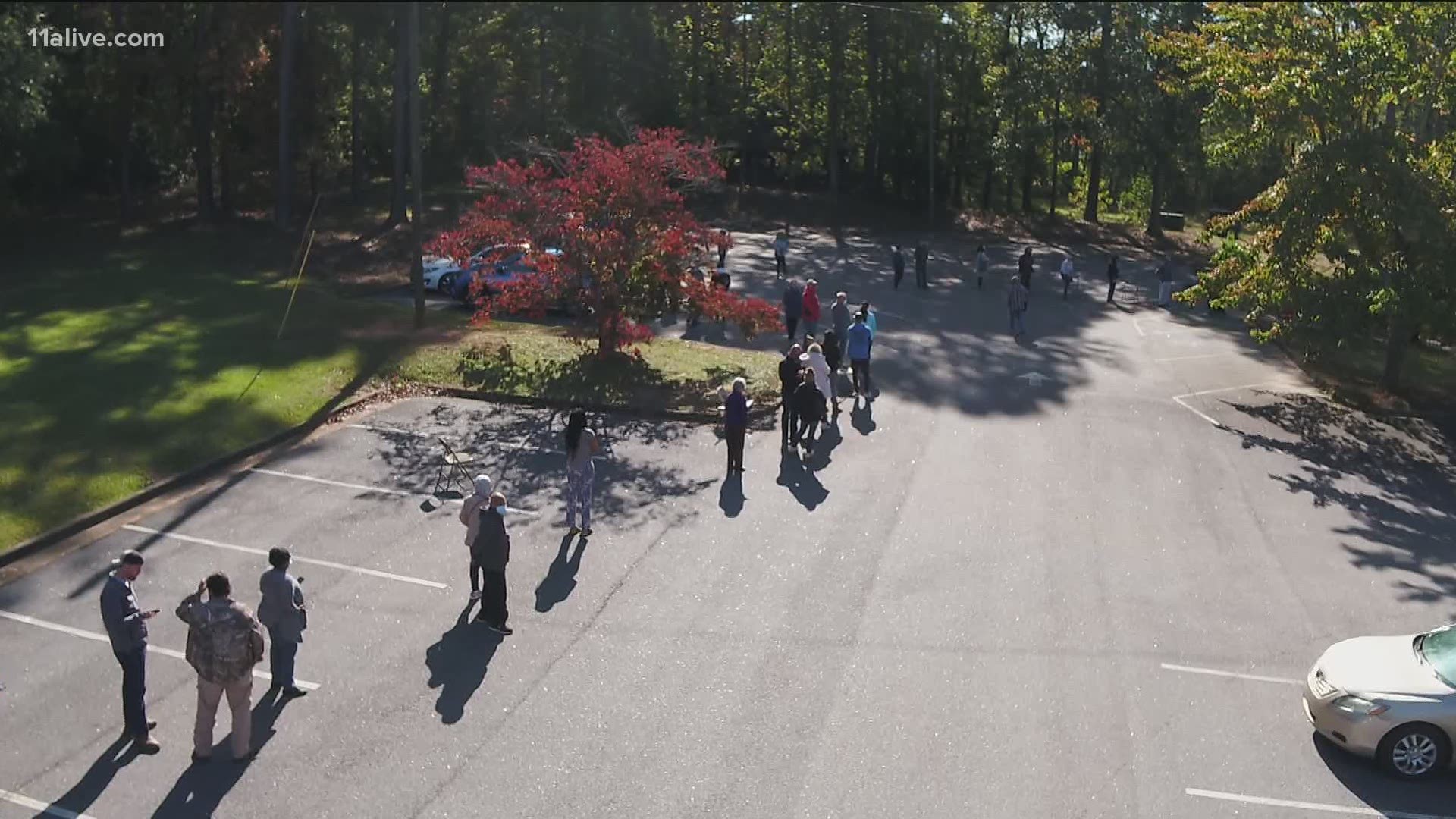 SPALDING COUNTY, Ga. — The Spalding County Sheriff's Office is responding to allegations of ballots being found in a dumpster Wednesday night, as vote counting continues in Georgia during a contentious election.

"There has been a great deal of bad information, misinformation, rumor, and gossip over the chain of events that occurred last night at the Spalding County Elections Office," Sheriff Darrell Dix said in a lengthy statement Friday afternoon.

Sheriff Dix said his office has been been fielding questions from local and state officials, as well as community groups, about what happened, and is keeping them informed of the situation.

"I will continue to do so if further incidents occur," he added.

11Alive's VERIFY team is breaking down what happened.

Were ballots found in a dumpster behind the Spalding County elections office?

No. This claim is FALSE.

According to the sheriff's office, a deputy supervisor responded to the county's election office Thursday night after getting calls about observers reportedly being denied access to the elections office.

The supervisor heard the complaint and took down a report, and then advised those involved to share those complaints with the Secretary of State's Office. The supervisor, according to the sheriff's office, said everyone he spoke to was "very peaceful and understanding."

A short time later, the supervisor and another City of Griffin Police officer went back to the elections office - at the request of employees there - to escort elections employees to their cars.

"There again was no incident and all was peaceful," the sheriff's statement said.

But, the sheriff's office got a third call to respond to the elections office - this time regarding paperwork that had been found in a dumpster behind the building.

The supervisor again responded, and indeed found paperwork. He contacted the sheriff, who instructed the area be cleared of people and blocked off with tape.

When more sheriff's investigators got to the scene, they took pictures of and documented the dumpster, its contents and the area around it. They then bagged the dumpster's entire contents, loaded it into a truck and took it to the Spalding County Sheriff's Office where it was "secured under lock and key."

"We allowed anyone on scene that wanted to follow the truck transporting the materials to the Sheriff’s Office to do so, and some did," Sheriff Dix said.

He said he had deputies go to all of the county's 18 polling locations to check the dumpsters for any "election related documents" - none were found.

Around 9 a.m. Friday morning, the sheriff said an investigator with the Secretary of State's Office arrived and went through all of the contents taken from the dumpster, alongside deputy investigators - all under the watch of Sheriff Dix.

Here's what they found:

1. There were no ballots found in the dumpster by anyone last night.

2. There were no ballots found in any of the contents of the dumpster that were searched this morning by the Secretary of State’s Office and sheriff's investigators.

3. What was found were empty envelopes that were used to mail ballots to the elections office. Those envelopes are marked “Ballot." Each had been opened and they were all empty.

4. There were documents, not ballots, found in the contents of the dumpster that for security reasons, were improperly disposed of.

The sheriff added that no one was ever allowed into the elections office last night - and those who had the complaints were told to contact the Secretary of State's Office. He also added that there was at no time an "angry mob" that he said had been described on social media. And while the investigation has been turned over to the Secretary of State's Office, there were ultimately no arrests.

"These are facts, not rumors allegations, misinformation, or gossip," Sheriff Dix said.

So, 11Alive can VERIFY that rumors of ballots being found in a dumpster behind the Spalding County elections office are FALSE.