Verify: Is it legal to buy and sell police badges?

A 9NEWS viewer noticed a Facebook group where a person was buying and selling police badges. She thought it sounded fishy. So we looked into her question: Is that even legal? 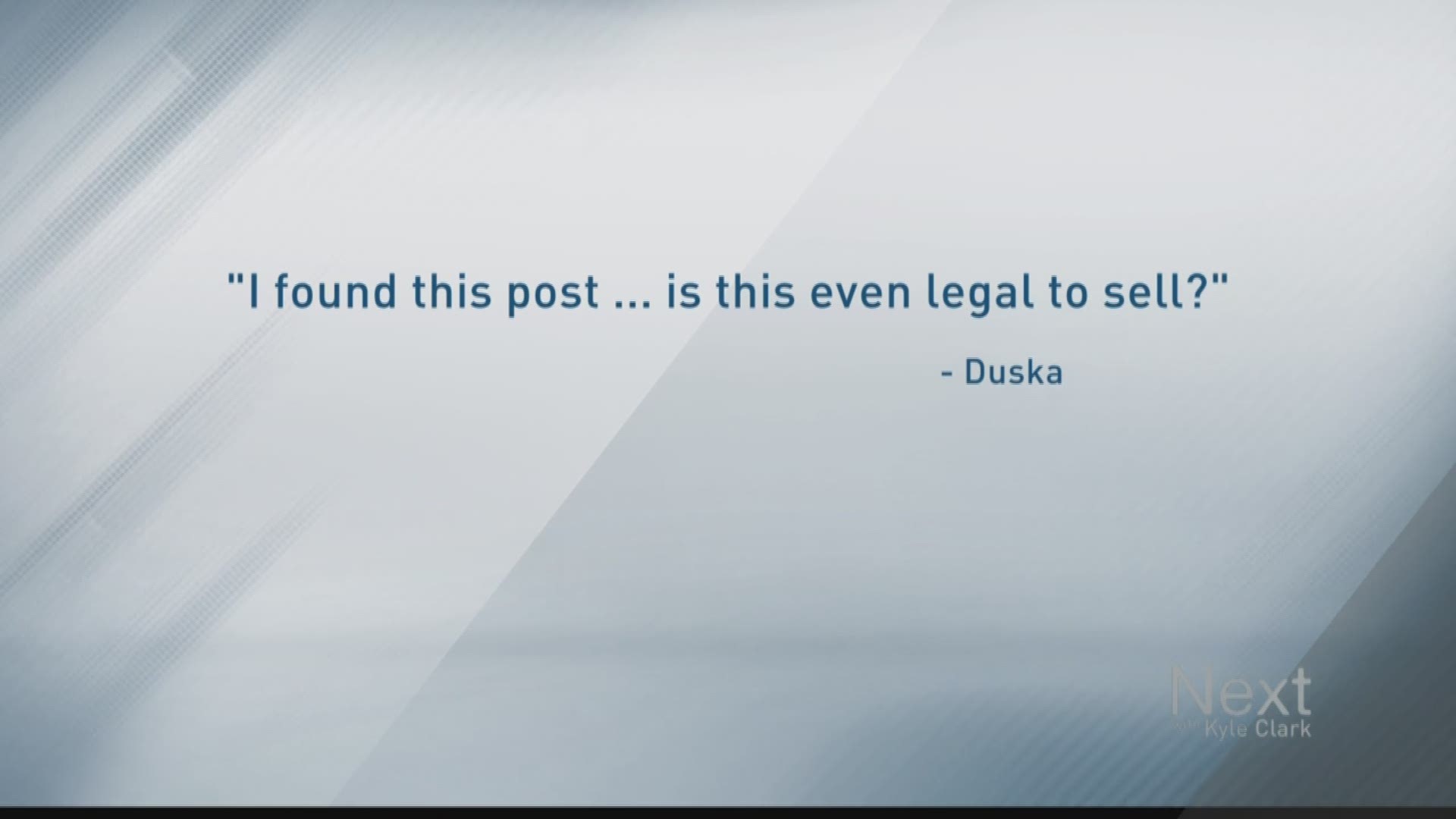 A viewer named Duska Dollar sent 9NEWS screenshots of a local Facebook group where someone appeared to be selling police badges, patches and handcuffs.

The ad tells people to call a number to buy “real police / federal gear” and shows what appear to be authentic badges from other states like Alabama and Florida.

That seemed fishy to Dollar, so she emailed 9NEWS with a question: “Is this even legal to sell?”

If the badges are real (not replicas), the legality of buying and selling them depends on what agency they’re from, how the seller came to own them and whether the design is still in-use.

It’s a federal crime to own a current-issue federal badge (think FBI or Secret Service), but you can legally buy shields in designs that are no longer in-use.

Websites like Cop Collecter are devoted to selling authentic badges from law enforcement agencies around the country. An outdated immigration officer badge will set you back $250.

Most current badges and patches from local law enforcement agencies are legal to own, so long as you don’t use them to impersonate an officer.

However, they might be illegal for someone to sell.

New York bans its active duty officers from selling their badges, while Illinois requires the written consent of the agency named on the badge.

Florida law only allows active or retired police officers to buy badges. And Texas bans the buying, trading and selling of its current Texas Ranger badges.

“Shipping current-design Texas Ranger badges or replicas by United States mail, or by any type of commercial carrier, is a separate Federal offense,” according to the Texas Ranger Hall of Fame and Museum.

There’s nothing in Colorado law that prohibits residents from collecting police and fire badges, according to the Denver Police Department.

“Sometimes retirees get a commemorative badge given to them by their department. Sometimes some departments may give civilians honorary badges as an award,” DPD spokesman Jay Casillas said. “These types of badges may sometimes be sold and traded.“

However, people who collect them need to keep them at home.

Impersonating an officer is a felony crime in Colorado.

It’s also a federal crime to be in possession of real or counterfeit badges and uniforms that could “would deceive an ordinary individual into believing it was a genuine police badge.”

The punishment is a fine and up to six months in jail, unless you own the items for one of four specific purposes:

If the badges are authentic and the seller obtained them legally, he or she can sell them in Colorado.

It’s up to the people who buy them to know what they can and can’t do with police badges and patches once they own them.