Denver International Airport is moving multiple pieces of public art due to construction, but Blucifer is staying. 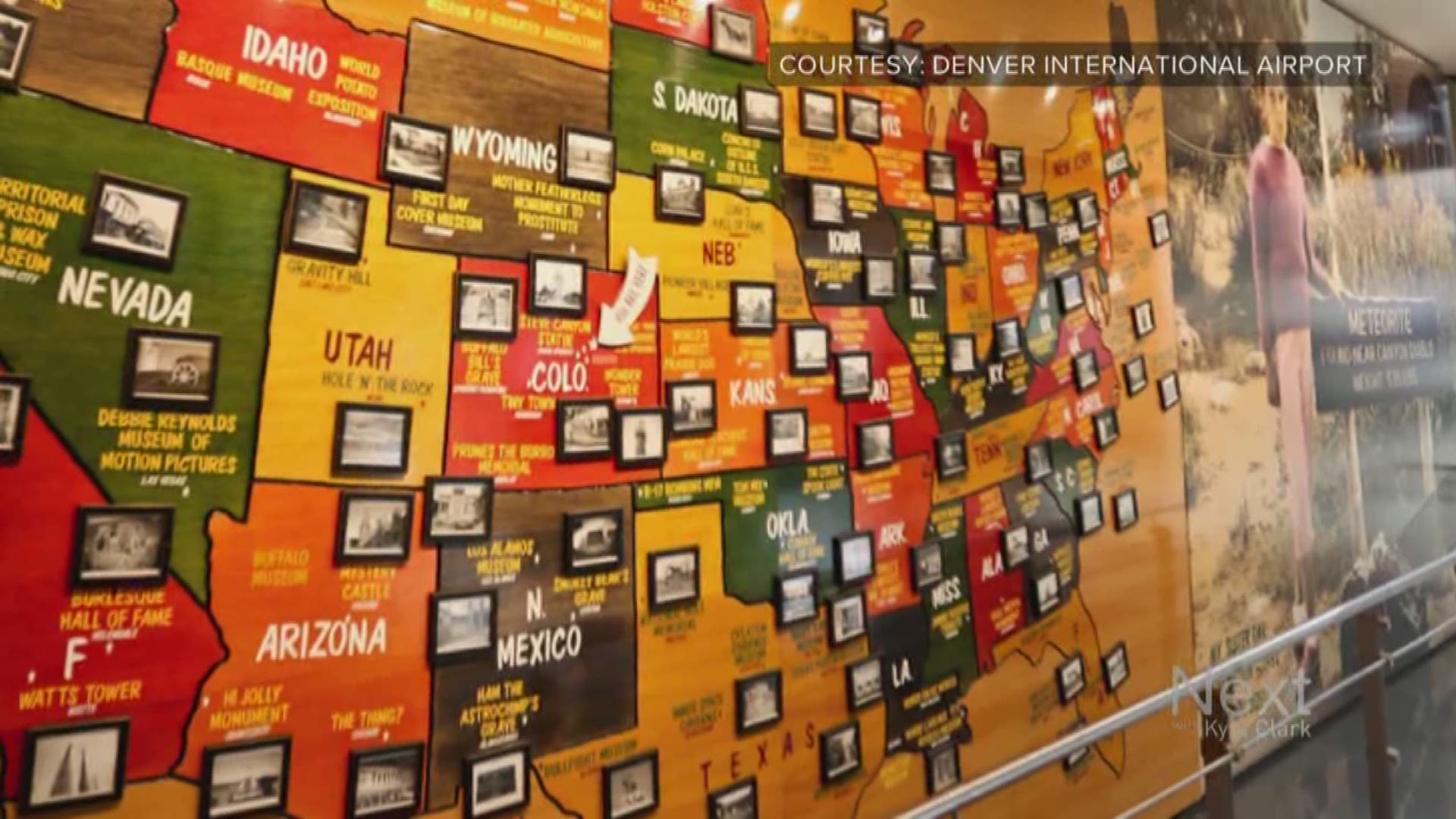 KUSA – If you’re heading to Denver International Airport, you might notice that some of the more beloved features that have absolutely nothing to do with a New World Order conspiracy are missing.

Yes, we’re talking about the totally normal and not jarring at all airport art that depicts what some argue could be a post-apocalyptic world that a gaggle of smiling kids are pretty cool with (for what it’s worth, the painting in question is actually called “Children of the World Dream of Peace” and the airport describes it as a “powerful mural expressing the artist’s desire to abolish violence in society”).

RELATED | Winners of DIA's conspiracy month tour of the airport

This painting and another called “America Why I Love Her” (it’s the big map you see talking into the terminal) were moved earlier this week ahead of the big renovations planned for the Great Hall, according to DIA spokesperson Jimmy Luthye.

Credit: Photograph provided courtesy of Denver International Airport
You might recognize this art from the DIA terminal.&nbsp;

Luthye says both of these works are being transported to a secure, clean and climate-controlled fine arts storage facility.

Is this arts storage facility code for the “secret” bunkers that some say are under the airport? Luthye says no, it’s actually off-site and eventually, all of the public art in the Jeppesen Terminal will be moved there during the $1.8 billion construction project in the Great Hall.

But don’t worry: the not-at-all creepy airport art that you know and love will be back in 2021 for you to enjoy and not analyze for hidden messages, since obviously there are none.

And Luthye says at this point, the airport hasn’t been contacted by any conspiracy theorists about the missing art (unless you count this journalist).

Later this summer, the following other projects will also be moved, according to Luthye:

Beyond the missing art, Luthye says you’ll also notice a few shops in the terminal will be closed for the summer, and some of the ground transportation booths are being relocated.

RELATED | Under Colorado: The secret tunnels of Denver International Airport

Before you ask, since Blucifer is nowhere near the terminal, he will remain to watch over all of us with his soothing gaze which again … has nothing to do with some conspiracy so chill, ok?

As for the Great Hall project, this undertaking is aimed at moving security out of the big open area where it is now, as well as to make way for new restaurants and check-in counters.

You can read more about the project here: https://on9news.tv/2LAcwCv