The iguana was on a roof north of US 36 and Sheridan Boulevard on Saturday. 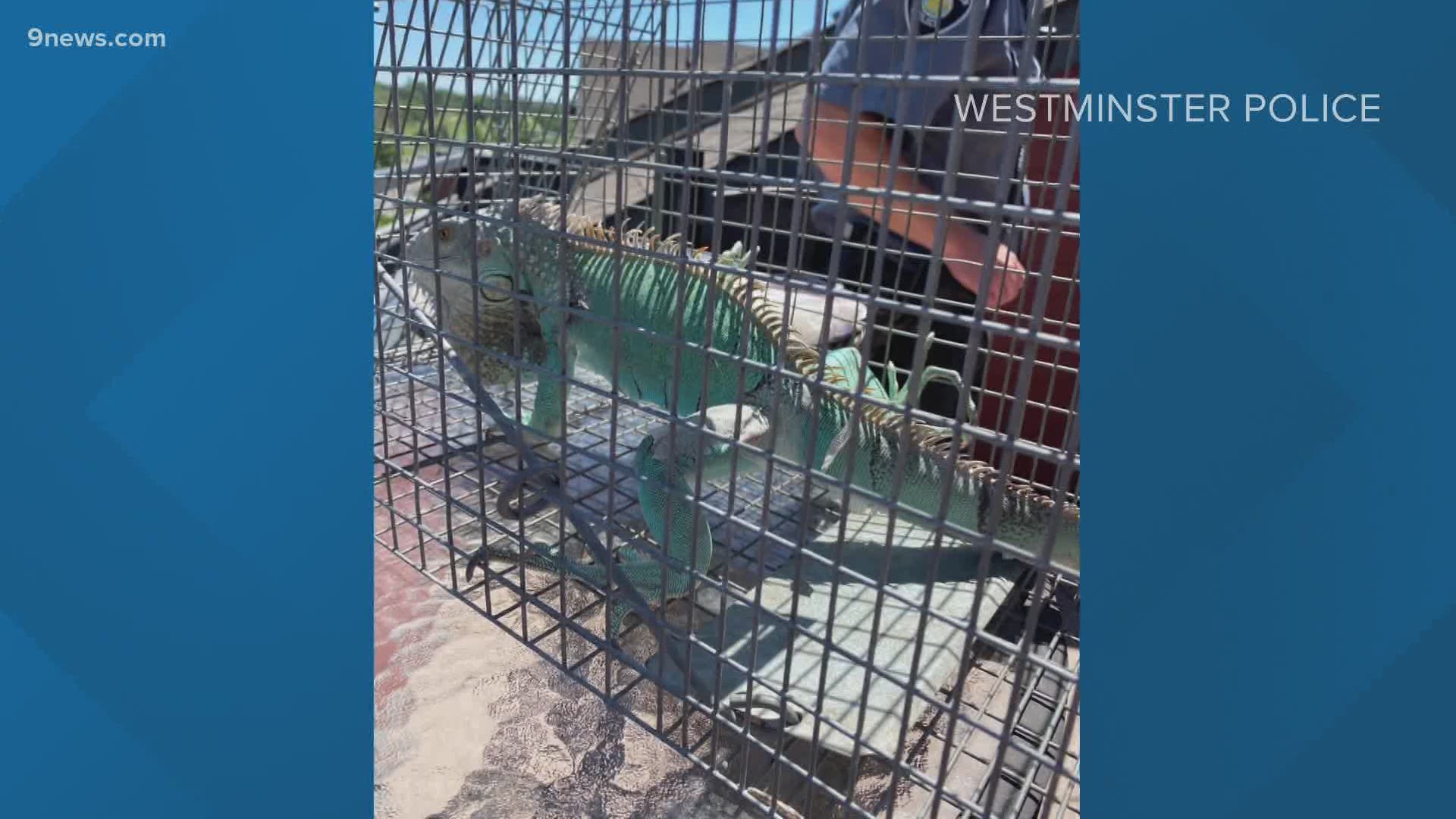 WESTMINSTER, Colo. — So far, no one has claimed an iguana that had to be rescued from a roof in Westminster Saturday morning.

Officers, as well as a helpful citizen, were able to set a trap with strawberries and lure the reptile to safety, according to Westminster Police spokesperson Cheri Spottke.

It helped that the helpful citizen, identified as William, had his roofing gear.

RELATED: Blue iguana ran away, found sunbathing in a tree

If you recognize the iguana and want to claim him, you can call Westminster Animal Management at 303-658-4360.

This likely goes without saying, but iguanas are not indigenous to Colorado, although they are popular pets.

Depending on the variety of iguana, they can be between 6 inches long to 7 feet. The reptiles prefer warm climates, and are often found in tropical or subtropical coastal areas. Although they aren’t native to Florida, some iguanas have begun to live there comfortably in the wild after they’ve been set loose by irresponsible pet owners.

Credit: Courtesy: Westminster Police
Photo of an iguana that had escaped its enclosure in Westminster this summer.

According to National Geographic, iguanas are pretty chill in the wild, and like to lounge in the sun. That’s likely the case of the Westminster iguana, which was spotted on the roof when temperatures hit 90s degrees.

For what it's worth, the iguana is not the only exotic pet unaccounted for in Colorado. A wallaby is on the loose after escaping from the Zoology Foundation in Larkspur.