For the second time in two weeks, city officials had to remove plungers from the streets of Boulder. 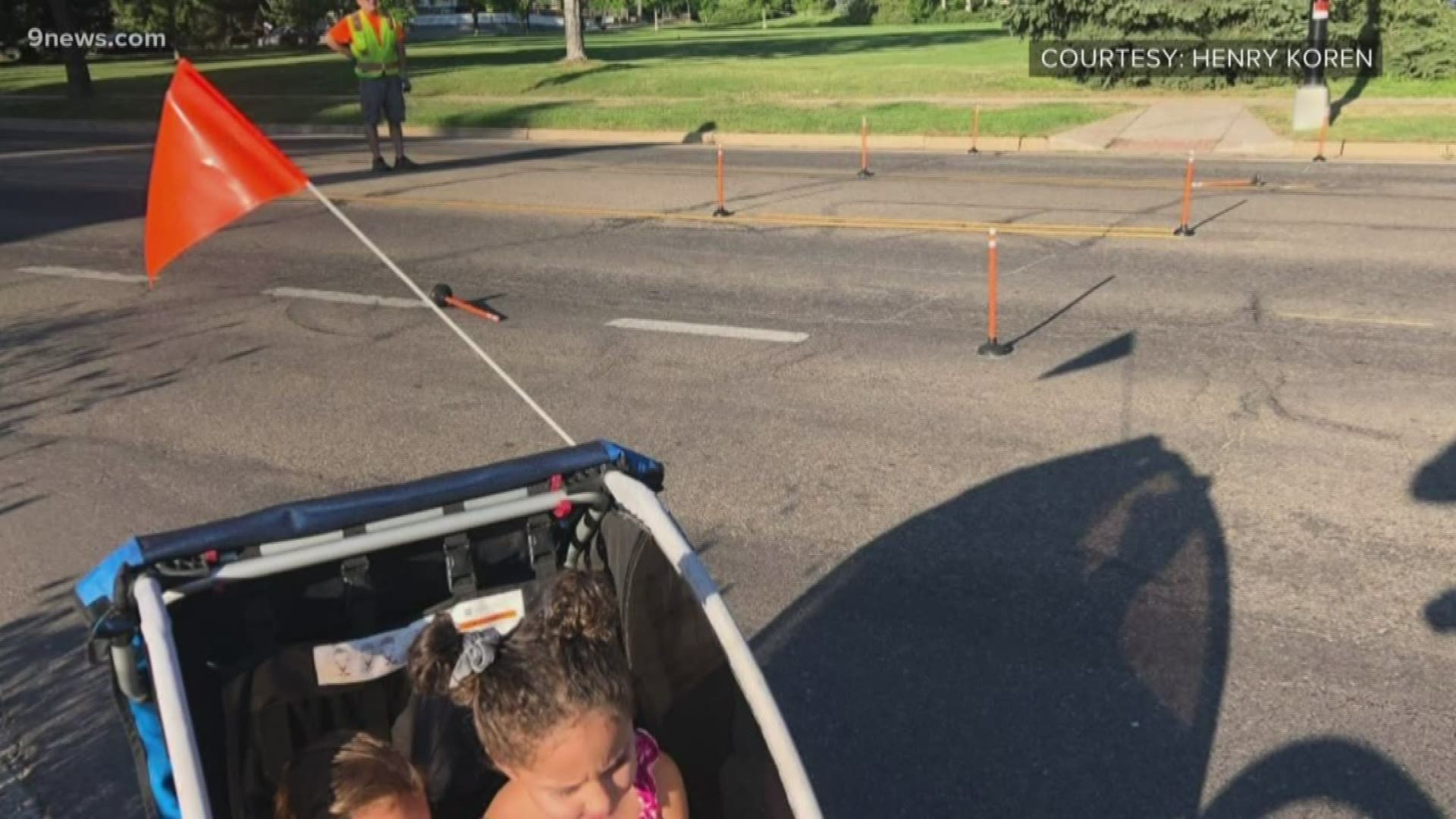 But the items placed in two Boulder roadways this past week were, in fact, toilet plungers.

Someone first left about 200 plungers along 30th street in Boulder last week. The road is a busy route for motorists and cyclists.

Then Thursday morning, another round of plungers showed up along Lehigh Street. It was the same spot where, one day earlier, Boulder Police said a car struck a 9-year-old girl riding her bike through a crosswalk. The child was taken to a hospital with minor injuries and is expected to survive.

Boulder Police said the driver was charged with failing to yield.

The source of the plungers remains a mystery to city officials and local cycle advocates, who say this isn’t the first city where this has happened.

“This is an action that’s been done all over the world, actually, as a way to mimic protected bike lanes similar to what you see on Folsom,” explained Sue Prant, the Executive Director of Community Cycles in Boulder.

“It’s a statement by cyclists who feel like it's dangerous to ride in the road.”

Community Cycles is an advocacy and educational group based in Boulder. Prant said she and her team are not behind the plunger display, nor does she know who is. But she said its led to more conversations about bike safety.

“We didn’t do it. We don’t know who did do it, but we understand how they feel they’re not safe in the road and we certainly have been working for a long time to make 30th Street safer for people who walk and bike,” she said.

In both plunger incidents, the City of Boulder moved quickly to remove the items from the roadway.

“We really care about the safety of our community, and we understand the intent of this action but unfortunately, anything placed in the roadway really creates a safety hazard for all users, especially pedestrians and cyclists,” said Boulder Communications Manager, Meghan Wilson, speaking on behalf of the Public Works Department

She said when city crews arrived to clean up the plungers, they found several knocked over, lying in the roadway.

“So we do remove them, anything, found in the roadway as soon as we can.”

Right now, city officials are updating Boulder's Transportation Master Plan.
Wilson invites people to engage with that process, rather than leave bathroom tools in the roadway.

“We have two public hearings coming up, we encourage community members to come out and make their voices heard and be part of that construction conversation,” she said.

“I agree that putting things in the roadway is not safe, and that’s not really the primary way we can seek change,” said Prant, with Community Cycles.

Instead, she said her team does engage with the city’s process. Currently, she said they are advocating for reduced residential speed limits.

“It’s a sad situation when people feel so uncomfortable that they’re putting things in the road as a protest,” she said. “But we really want to do is work together with the city to make our roads safer, because that’s going to get us the best solutions. And we’re hoping that our city transportation staff and elected officials see this as a time to take actions and let’s get really serious about Vision Zero and making our streets safer for everyone."