Most of the ground under the Boulder Turnpike is part of the Arapahoe Formation from the late Cretaceous period. 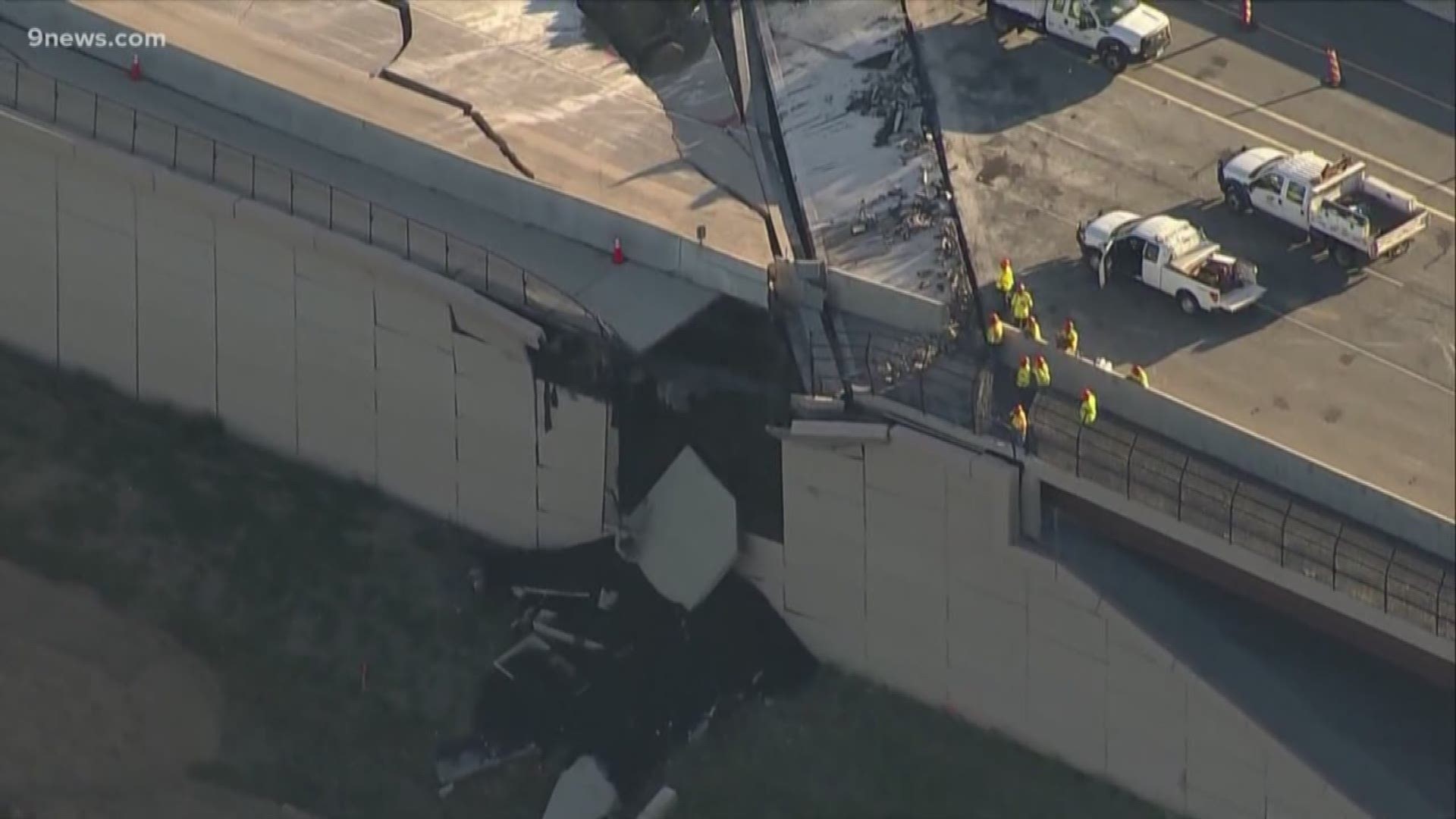 BROOMFIELD, Colo. — The ground underneath the section of US 36 that collapsed after a crack appeared on the highway late last week is comprised of a rock unit known as the Arapahoe Formation.

“The ground that’s below the turnpike itself, before humans put anything on top of it, is a rock unit known as the Arapahoe Formation,” Morgan said.

He said that Arapahoe Formation was created long ago during the late Cretaceous period, when the land near the US 36 was transformed from a deep-water seascape to more of a flowing stream system during the time of the uplift of the Rocky Mountains.

“I think in that area you’ll probably find a whole bunch of shale, that thinly beaded, real fine grained material that kind of looks like mud, but you might also find that embedded with little bits of sandstone where maybe a river channel migrated at one point,” Morgan said.

Morgan said that type of landscape does lend itself to small landslides, although not many have been documented in that immediate area.

"There have been several landslides out by the Jefferson County airport," Morgan said. "You get these gravel-topped mesas with shale under them. A lot of times, water will peculate in there, come across where there is a boundary between the overlying gravel, and you get little landslide.

RELATED: Ways to get from Boulder to Denver that aren't US 36 (because there's a huge crack in the road)

It doesn't even have to be very steep; it can be relatively flat. They're not huge landslides, but sometimes they're enough to cause damage to infrastructure."

“And we have it for that area," he said. "The trouble is, it’s so built on, that all you see is housing footprints. So it’s difficult to see if there is any type of scarp forming or anything like that."

RELATED: CDOT may have to reimburse tolls during emergency closure of US 36

So the trouble could have started with the geology, or the earth-based building materials, but either way Morgan said that gradual but powerful weathering may be to blame. He said running water can carve away rocks, the freeze/thaw cycle can break them, and the clay soils can even expand and contract as they soak and dry.

“You know my personal opinion is that we’ve had a whole bunch of rain. It’s been hot. It dries out and some of those materials just tend to fail. That’s part of living where we live and building on things like that," said Morgan.

CDOT has since converted the Express Lane and the shoulder into two eastbound lanes while they work to repair the highway.