American bullfrogs are out-competing smaller native frogs that are more susceptible to a deadly fungus the bullfrogs often carry. 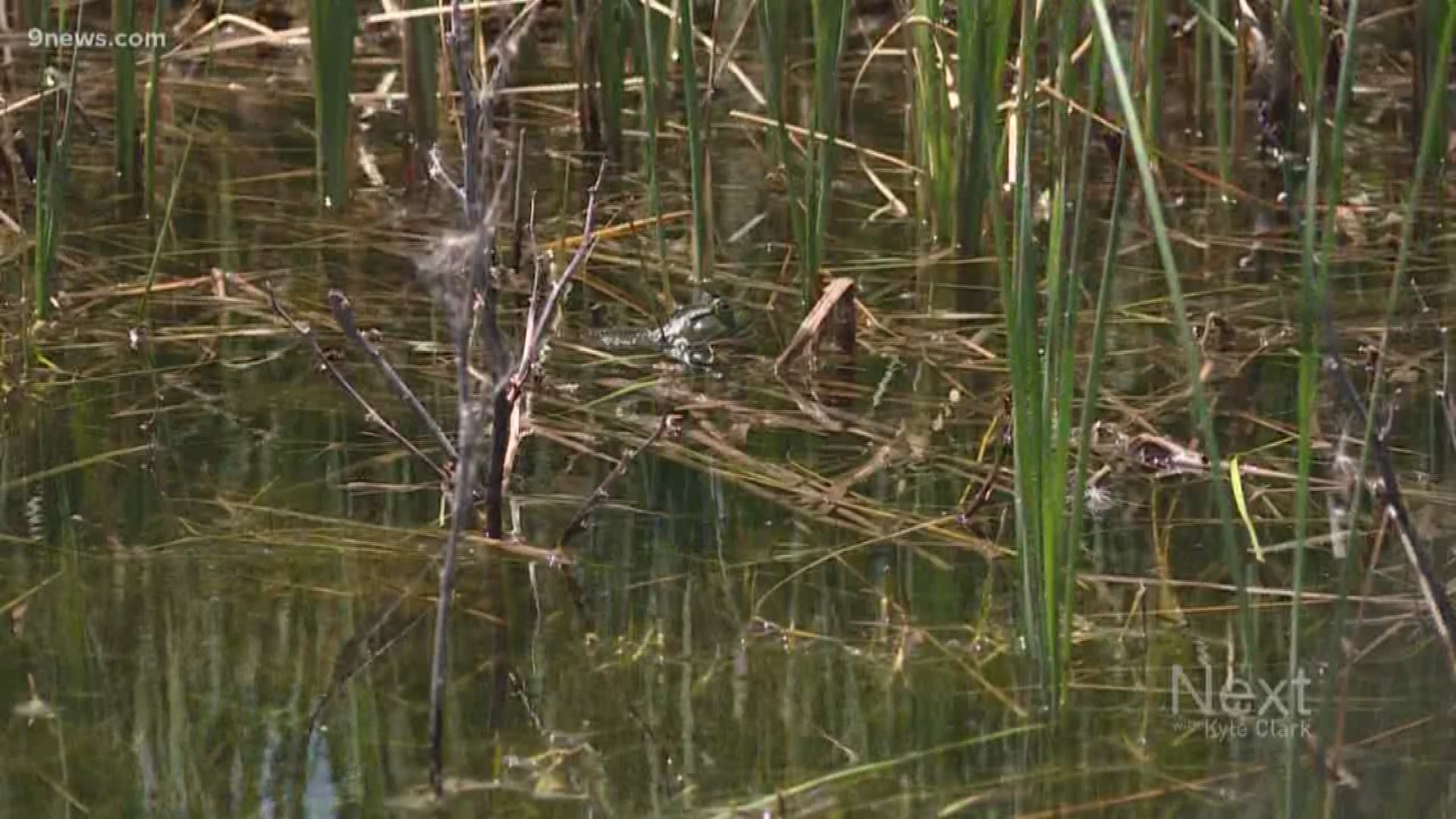 BOULDER, Colo. — Wildlife biologists along the Front Range are banding together against American bullfrogs, an invasive species killing off the native population of northern leopard frogs.

Boulder, Longmont and Fort Collins, along with Boulder and Jefferson counties, are working with a Denver-based environmental consultant and Colorado Parks and Wildlife to come up with a plan to kill the larger predatory bullfrogs in areas where the leopard frogs could make a comeback.

Biologists say the bullfrogs also often carry a fungus that can kill other frogs.

“Bullfrogs are resistant, and they carry chytrid fungus,” Boulder County wildlife biologist Mac Kobza said. "So, where bullfrogs are generally found, you’re gonna get chytrid fungus. So, not only is the bullfrog eating all the leopard frogs, it’s making them sick."

Until the arrival of bullfrogs, northern leopard frogs were among the most abundant amphibians in the West.

Meanwhile, the bullfrog population has exploded.

“The American bullfrog is now out-competing native amphibians,” Keeley said. “And we’re starting to see that in a lot of locations.”

Keeley estimates bullfrogs inhabit 70% of Boulder’s wetlands, and he admits completely eradicating bullfrogs might not be attainable at this point.

Instead, the City of Boulder is focusing on wetlands where they think there is a chance the northern leopard frogs could make a comeback.

Across all of Boulder County, Kobza says there are thousands of bullfrogs.

To catch them, Boulder County Open Space uses a Smith-Root Electro-frogger, which delivers a low-voltage shock that temporarily stuns the frog.

“And then we collect them in nets,” Kobza said. “Boulder County then euthanizes them with Orajel (typically used as a pain reliever for a teething child) – benzocaine – which puts them to sleep rather quickly. And then they’re preserved for donation to the St. Vrain Valley School District.”

RELATED: Denver won't round up and slaughter any more geese this year

The school district is free to use the bullfrogs for science lab dissections.

People who would like to help collect bullfrogs need a fishing license.

They should also make sure they’re picking off the right frogs.

“We do not want to harm native frogs or other amphibians,” Kobza said. “And there are certain methods that you need to use, such as hook and line with a fishing rod. Or, you can even use a net. Or, collect them with your hands.”

Biologists say bullfrogs have also been known to eat the Colorado native Preble's meadow jumping mouse, which is listed as threatened under the U.S. Endangered Species Act.