CUPD arrested 33-year-old Rebekah Krajacic, who was found at the Benson Earth Sciences building at the university. 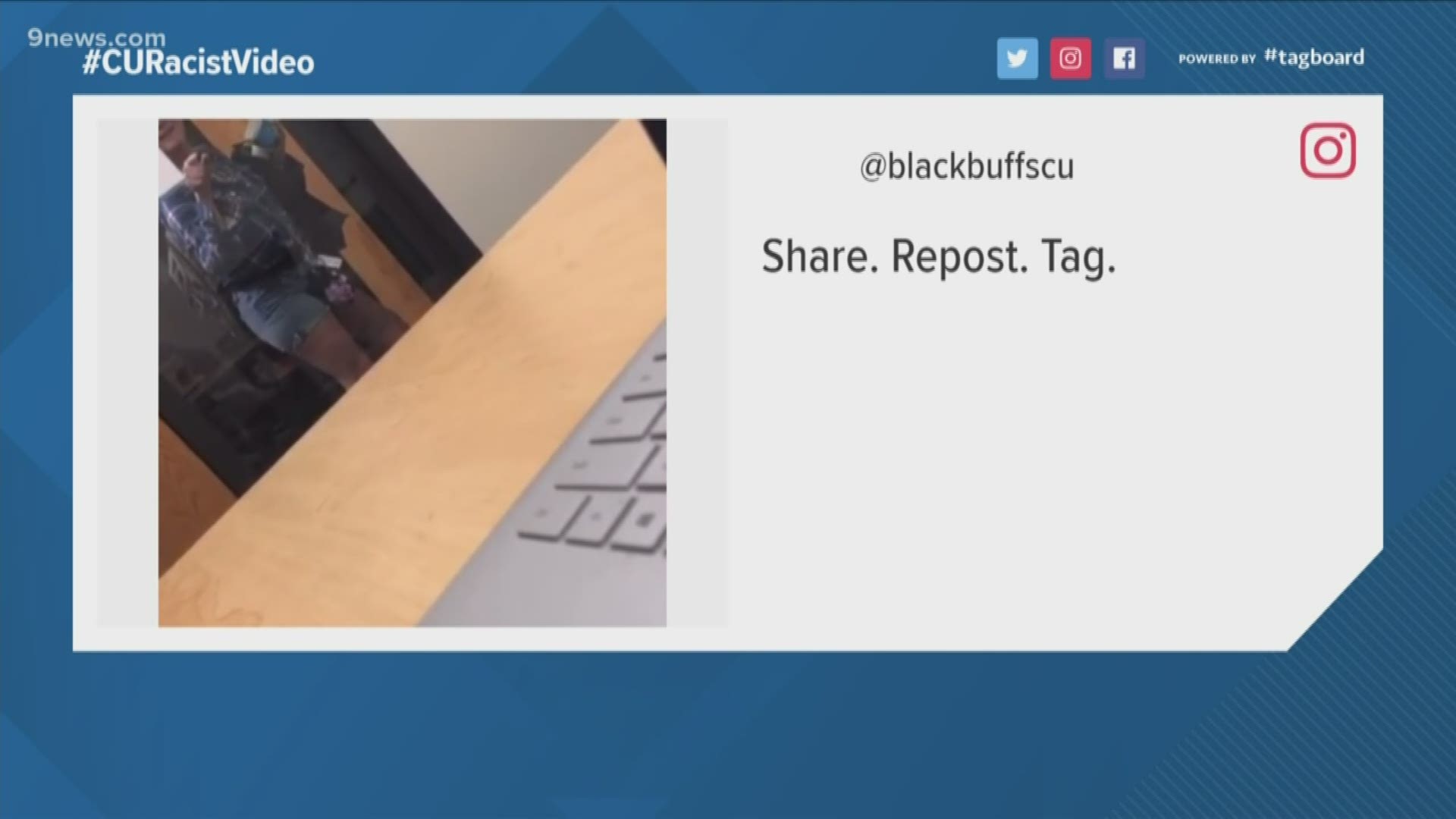 BOULDER, Colo. — The woman seen in a video posted on social media making racist comments toward a student was arrested Friday, according to a tweet from the University of Colorado Boulder Police Department (CUPD).

Police said 33-year-old Rebekah Krajacic was at the library of the Benson Earth Sciences building when she was arrested by officers. She was booked into the Boulder County Jail on a misdemeanor harassment charge.

Krajacic was also served with an exclusion notice from the school campus, police said.

“I want to thank the CU Boulder community for the tips they provided as we searched for Ms. Krajacic,” said CUPD Chief Doreen Jokerst.

On Tuesday, based on tips from the community and body camera footage from prior interactions, CUPD identified Krajacic, and confirmed she's not affiliated with the campus.

CU Chancellor Phillip DiStefano touched on the video ahead of his planned state of the campus address on Tuesday morning.

The incident occurred Sunday in the Engineering Center on the CU Boulder campus, according to a release from CUPD.

The video in question shows part of a verbal confrontation in which abusive language toward African Americans is used several times. The Black Student Alliance at CU posted it to Instagram.

"On Sunday, racist language was directed at two of our students by someone who we believe is not affiliated with our campus," DiStefano said. "And that was and is unacceptable. This racist incident reminds us of who we are as a campus community and the need for us to be vigilant, defending our values and each other on a daily basis. 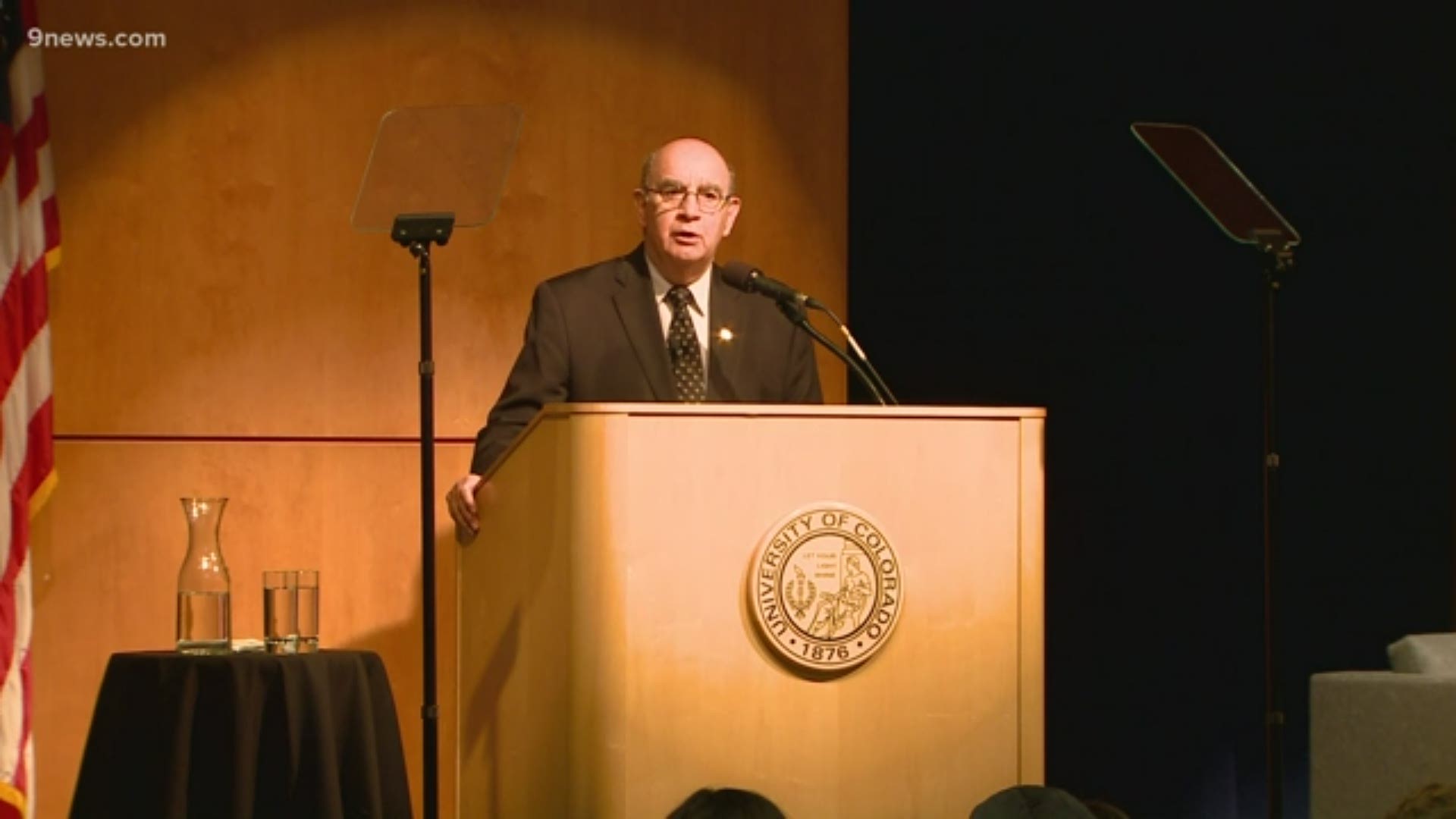 We are committed to an inclusive campus culture built upon the values of the Colorado creed, and incidents like Sunday's only reinforce the difficult work we have yet to do."

The Black Student Alliance also said in a social media post that it "categorically condemns" the actions and said her actions and the "university's centering politeness over the safety of its students has a created a hostile and unsafe environment for black students" on campus.

"You have told us loud and clear that you want real change on this campus, and I wholeheartedly agree with you," DiStefano said.

He said he instructed his leadership team to partner with student leaders to begin a review of policy, training and reporting practices.

"Through this review, our goal is to ensure that every person at CU Boulder, every person, has a safe welcoming and supportive learning environment and racism and harassment have no place to hide."

Prior to the list of demands, CU President Mark Kennedy responded to the incident in a statement on Twitter.

"I understand a verbal altercation occurred at  CU Boulder between students that included racially hostile language," the tweet says. "I support the chancellor and the Office of Institutional Equity & Compliance in immediately launching an investigation to determine what transpired.

"We will learn more in the next few days, but I want to be clear in unequivocally condemning racist and threatening behaviors. Across all of its campuses, CU must support learning and working environments that foster respect for all students, faculty and staff."

Chancellor Philip P. DiStefano also released a statement Monday saying, "This incident, in which bigoted language was directed at our students, was absolutely unacceptable. ... While we don’t believe she is affiliated with our campus, her actions are just as insulting to our values.

This incident reminds us of who we are as a campus community and the need for us to be vigilant in defending our values — and each other — on a daily basis."

CUPD officers believe Krajacic is the same woman they found camping on campus last month, in violation of CU policy. 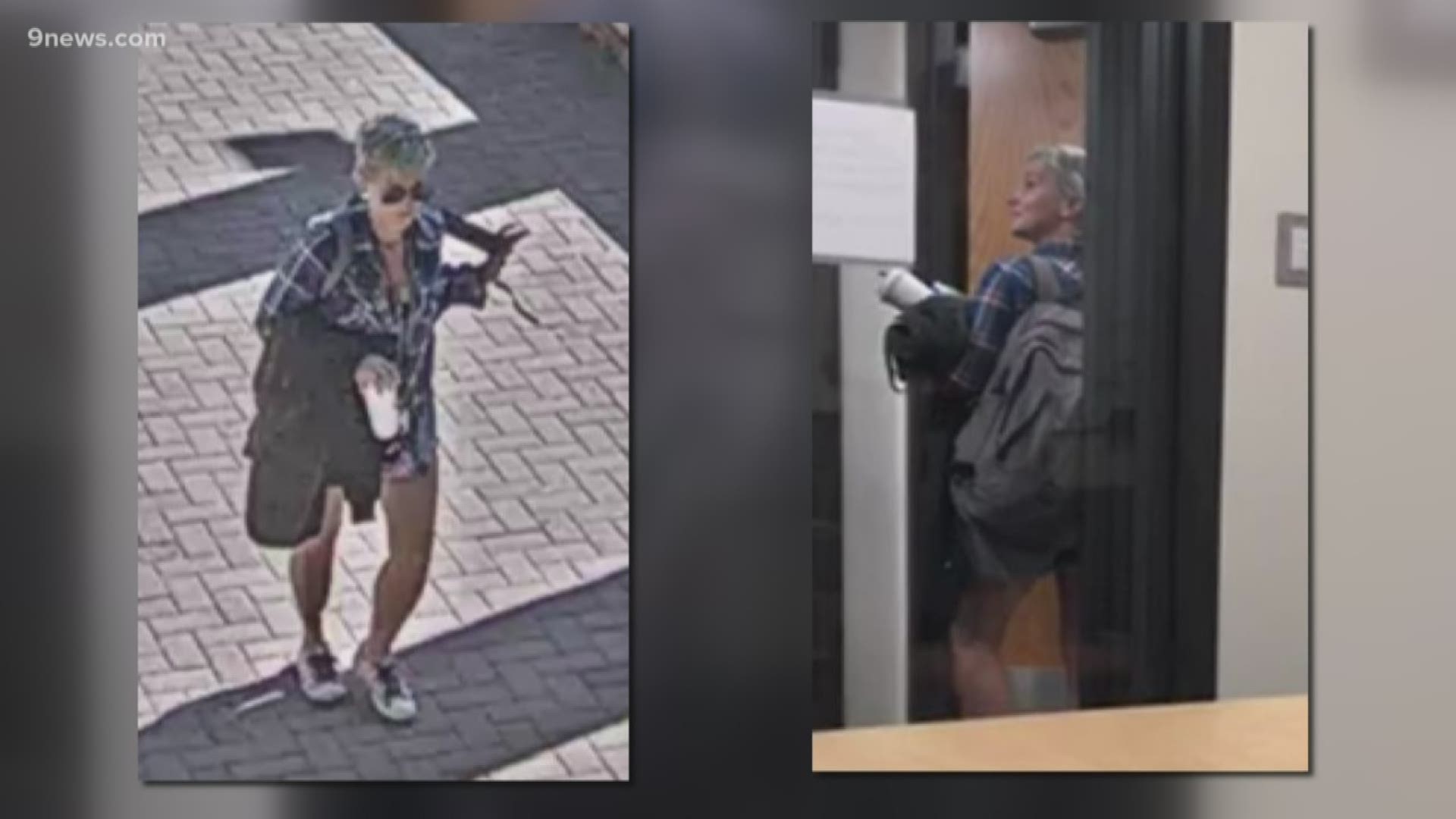