You're not alone: 9NEWS reporter on his own struggles with mental health

Reporter Jordan Chavez knows what it's like to struggle with anxiety. He shared his powerful story in the hopes that it will open up a continuing conversation about eliminating the stigma associated with mental health. 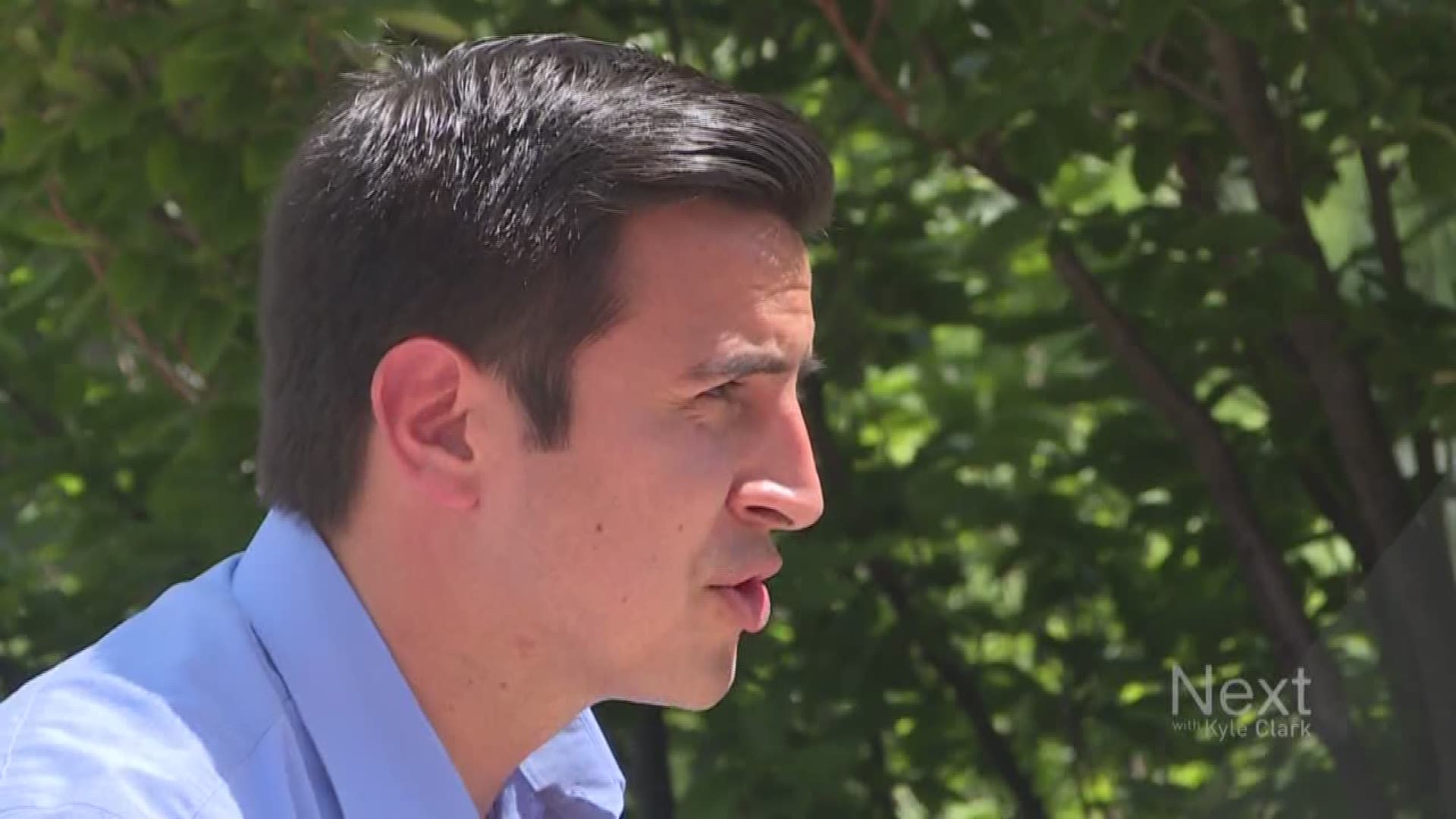 This morning, tears filled my eyes and my stomach was knotted. A news alert was sitting on my phone's screen telling me CNN's Anthony Bourdain died of an apparent suicide. It was the second big-named celebrity to die in an apparent suicide this week. The first was Fashion Designer Kate Spade.

Friends, it's time we have a serious talk about mental health. It's time we talk about it because it seems we almost never do. And that's a big problem.

Credit: KUSA
9NEWS Reporter Jordan Chavez shares his own personal battle with mental health in the hopes of removing the stigma associated with it.

Why have we made it so taboo? Why do we seem to be a society that isn't OK with not being OK? The truth is -- we actually are. You just don't know it because so many of us have remained silent for so long. Let's change that.

My initial bout with an extreme case of anxiety came shortly after I started working as a weekend anchor in my hometown of Amarillo, Texas. I thought it was just the stress of the job and told myself it would go away once I started getting the hang of things. And it did -- temporarily.

I made the drives each day to work thinking, "This isn't so bad. What was my problem?" For at least the next two years I felt I beat anxiety.

Fast forward to March 2017, when I started my new job as a reporter at 9NEWS. It's a dream station for TV journalists across the country, and I made it here as a 24-year-old. I embraced the move and the start of my new gig telling myself, "This will be nothing like the last time."

And I was right -- for the first month.

The tears streaming down my face and my mom's voice telling me to breathe were some of the first signs telling me my old foe was back. Sitting in my Jeep in the news station's parking lot, I was ready to call it quits.

RELATED | This is what battling mental health looks like

What was I thinking? This job is way over my head and maybe I'm just not cut out for this high-altitude living, I thought. My anxiety was crippling.

I didn't need to be staying by myself, my mom said. So she called some family friends and off to Littleton I went for the next few weeks. The feeling of being around people sure seemed to help.

"I'm definitely getting better," I thought.

See, that's the thing about my anxiety. It didn't care who I was around and what they were telling me. Its mission was to make me feel isolated and misunderstood. And it was working.

I'd get maybe four hours of sleep each night. My mind wouldn't stop turning. What mistakes am I going to make at work tomorrow? How many of my colleagues also don't think I deserve a job here? The self-deprecating questions seemed unending.

Eating breakfast was always a challenge. I couldn't keep food down and spent too much time with my head over a toilet. I lost so much weight the clothes I bought just a few weeks before were two sizes too big.

It felt like torture. Scratch that, it was torture.

I finally found some help from an over-the-phone therapist for the next few months. Together, we'd work on breathing techniques and pray. Nothing had ever felt so good. I couldn't wait each week for our hour-long sessions. It felt like a massage for my mind.

I was also working out regularly and learned of a guided-meditation app, Headspace (which I still use today), and started reading every self-help book I could find.

9NEWS Reporter Jordan Chavez shares his own story of mental health in the hopes of removing the stigma associated with it.

It's not that the books really gave me any tools, but it was nice to know someone else felt what I did -- even if they were a complete stranger. For the first time, I didn't feel so alone, even though I still kept my internal battle to myself.

I finally was in a good place, I thought -- living the life I was meant to.

Except I wasn't, not really. I was still plastering on a smile every morning and putting on a brave face so no one knew the thoughts I was trying to suppress.

But at least I was moving in the right direction.

A few weeks ago, a friend of mine invited me to hang out, but I had an appointment with my therapist. It wasn't until I texted back, "Sorry, I have a doctor's appointment," that I realized I was embarrassed of the help I was getting.

Why was I embarrassed? I am getting help. Shouldn't I be celebrating that success? But I was embarrassed because admitting to my friend I had a therapist meant admitting to myself I had a problem with my mental health.

Even to the ones who knew I was getting help, I'd use the word "counselor" because I thought it suggested something much lighter.

And why did I hide it? Because I was ashamed. No one had ever made me feel that it was OK to talk about it -- at least not so openly.

But I'm telling you now -- it is more than OK. In fact, we should talk about it regularly. We've raised awareness about subjects like cancer and autism comfortable because we talk about them. It's time we do the same with mental health.

Let's create a never-ending discussion about it. Since I've opened up about my struggles, so many people have shared their similar problems with me. It's been wonderful.

For the first time, I know I'm not alone. And you're not either. That's what we accomplish when we share what's on the inside with others on the outside. So, let's talk.