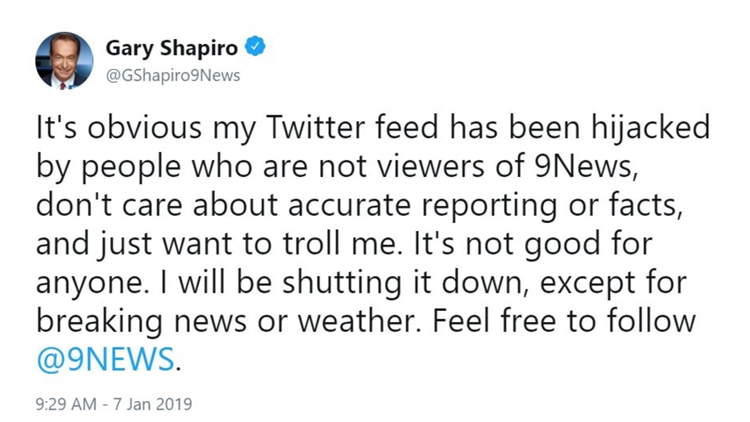 After many years of posting the top stories of the morning on Twitter, I have tweeted my final headlines. For the most part, I'm not going to post any news stories, unless it's an emergency or spot news.

I have enjoyed interacting with my followers, engaging in a little back and forth, discussing the news and how it affects people directly.

A lot of people asked me, why quit? My answer is simple: It's gotten way too difficult in this time of trolls, bots, allegations of fake news, and people who don't really care about anyone else's viewpoint but their own.

I started noticing about six months ago that my Twitter feed was being hijacked by people who are not viewers, not from Colorado, and most likely had no idea who I am. They just knew that I reported stories about President Trump, and more often than not they weren't what you would call positive stories. But they were accurate stories.

These people, many with no pictures on their accounts, with Twitter names like Trump Makes Walls, MAGA Nationalist, Deplorable and Proud, or Hilllary Hater - swamped my timeline with rants, conspiracy theories and insults.

Early on, I actually tried having a conversation with them, but it was useless. They didn't care about facts, they didn't want information, they had no desire to exchange differing ideas like many normal people do. They wanted to troll. They wanted to call me and my followers names. They wanted to spread hate and, in many cases, racism.

As crazy as they seemed, I didn't really feel right blocking anyone, because there is that First Amendment thing. But I usually muted the worst ones, so at least I wouldn't see the exchanges.

But they just kept coming. Hundreds of them, from far away and random places. It got to the point it was nearly impossible to engage with my real followers, those who agreed or disagreed with my point, in any meaningful way.

It just wasn't worth the hassle any more. So I quit, cold turkey.

I'm going to keep my account open, like I said, in case there's an emergency or spot news event that I really do need to get information out there fast. Plus I monitor lots of Twitter accounts from Denver Police to, yes, President Trump. It helps me report the news. We always try to double check or quote information we get off Twitter, because - you know - not everything you read there is accurate.

By keeping my account active, I noticed today many people are still going at each other, and including me in the exchange.

I didn't tweet this morning and it didn't make any difference. They're accusing me of reporting fake news over posts they found from yesterday, from last May and from stories I tweeted in 2016 on the presidential campaign.

I imagine they will be virtually shouting at each other in the echo chamber for days, months or years to come. It's what we've come to in this day and age. It's social media. It's too bad. 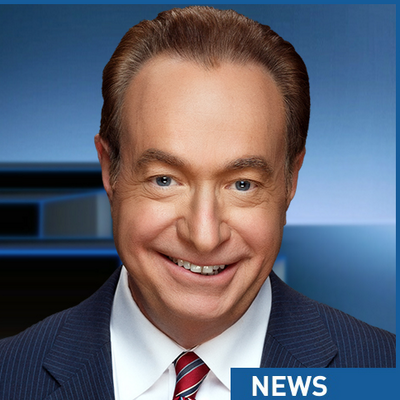