There have been times that Boise State would sub out three wide receivers and put three new ones in for formation and play-calling purposes—with very little dropoff. 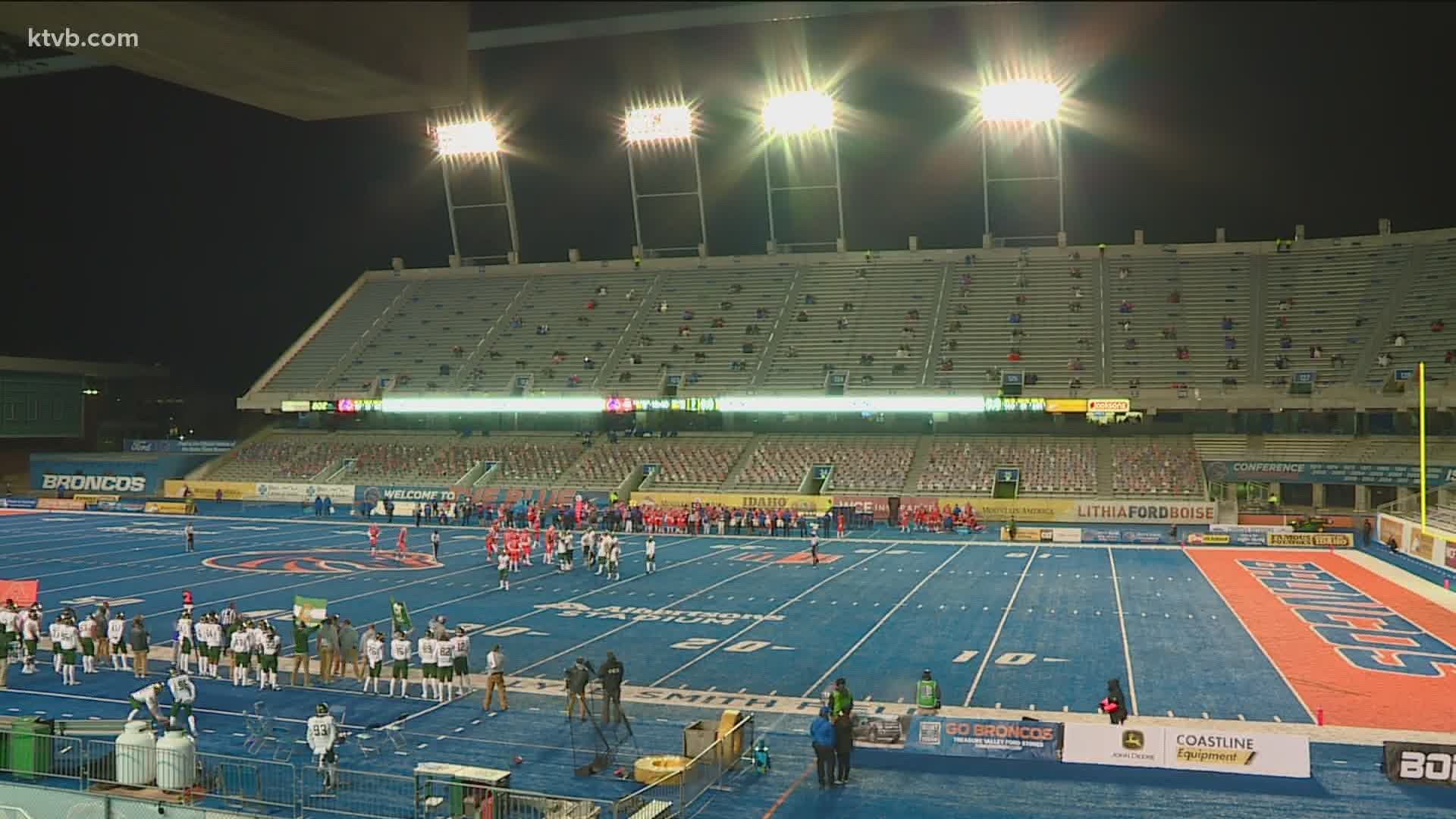 We’ve jotted down a lot of Andy Avalos-isms in his 2½ months at Boise State. This is one that stuck with me at the outset of spring football: “No question, we’ll have a six-deep (at wide receiver).” That’s quite a statement. That’s what Avalos remembers from his playing days, when the Broncos’ high-flyin’ offense under Dan Hawkins (and coordinated by Chris Petersen) would often shuttle in two waves of wideouts. The current situation? There’s Khalil Shakir and CT Thomas and maybe Octavius Evans in the first wave. When Avalos was asked what has surprised him the most as he’s evaluated this team, he said, “Team speed, especially at wide receiver.” That tells us there could be a second wave from the group that includes Stefan Cobbs, Billy Bowens, Shea Whiting, Davis Koetter, Mac Griffin and LaTrell Caples.

Even with all the great wideouts who have come through Boise State, a true “six-deep” at that position has been rare, at least in terms of statistical balance. Last year is hard to judge because of the COVID-reduced season, but we do know that Khalil Shakir and CT Thomas combined for 71 catches, and the rest of the wide receivers combined for just 15. There was one season in the Bryan Harsin era that did produce two waves at wideout, though. In 2018 you had Sean Modster, A.J. Richardson and Thomas combine for 163 catches, and right behind them were John Hightower, Akilian Butler and Shakir with 72 grabs combined.

Bill Connelly of ESPN was on Idaho SportsTalk last Wednesday talking about his Mountain West Mountain Division preview at ESPN.com, and one thing in his piece was striking to me. Even with Connelly projecting the Broncos to be “far ahead of the field” in the division, there was one major red flag. In 2020, “big plays suddenly went against BSU. Despite the threat of Khalil Shakir and slot man CT Thomas, the Broncos still averaged only 3.3 gains of 20+ yards per game (113th in FBS), while the defense allowed 5.0 (74th). The Broncos won the efficiency battle most of the time, but big plays flip games. Can a glitchy secondary smooth out the errors, especially without top cornerback Jalen Walker?” And, “Can (offensive coordinator Tim Plough) coax out more big plays without sacrificing efficiency?”

BIG SKY KNOWS HOW TO GET NOTICED

The smoke has cleared on a wild Saturday in the Big Sky. And out of it has come Idaho getting back into the Stats Perform FCS Top 25 at No. 24, and former Vallivue High star Lan Larison as conference Offensive Player of the Week. Larison carried 12 times for 95 yards and two touchdowns as UC Davis rallied past Idaho State 31-27 with eight seconds remaining in the game. And finishes like that were the main storyline in the league. Three of the four Big Sky games were decided in the final eight seconds or less. The Vandals beat Southern Utah 33-32 on a touchdown pass from Nikhil Nayar to Cutrell Haywood with seven seconds left, and Weber State beat Northern Arizona 28-23 on a 50-yard Hail Mary on the final play of the game. Idaho and Idaho State meet this Saturday in Holt Arena.

Derrick Alston Jr. is likely headed to the NBA Draft pool now. Did Alston do enough at Boise State as a senior to be selected in July? If you rewind to February 25, the answer would probably be yes. Alston was coming off a four-game stretch during which he averaged 26 points, including 29 in Game 1 at San Diego State. Then in the final five games of the season, Alston averaged less than 12 points, shooting under 33 percent from the field and going 7-for-34 from three-point range. It was a semi-invisible ending for one of the Broncos’ all-time greats. Alston averaged 1.5 turnovers per game as a sophomore and 3.2 as a junior—then split the difference with 2.4 this season. NBA scouts, of course, don’t care much about box scores. Did they see something down the stretch that will cut Alston some slack?

Boise State’s three-point defeat to Memphis in the NIT last Thursday was hardly a bad loss. That was magnified Saturday when Colorado State was routed 90-67 by the Tigers in the semifinals—and then Sunday when Memphis won it all, beating Mississippi State 77-64. So the Tigers went from 59 points against the Broncos to an average of 83.5 versus the Rams and Bulldogs. Landers Nolley II, held to eight points by Boise State, went off for 27 on CSU. Memphis is set up for good things over the next couple of years. There’s not a single senior on Penny Hardaway’s roster, and the Tigers won 11 of their last 13 games. The Rams, by the way, fell to Louisiana Tech 76-74 in the NIT third-place game.

Unless something crazy happens (and I don’t expect it to), Leon Rice will head into a 12th season as head coach at Boise State. No one else in the Mountain West is even close to that kind of tenure. Utah State is searching for a new coach for the second time in four years, as Craig Smith has headed down the highway to the University of Utah. Smith took the Aggies to two NCAA Tournaments in three years, and there would have been a third last year were it not for COVID. Tim Miles, who had Smith on his staff at one time at Colorado State, is getting mentioned at USU. Miles has been a broadcaster since being fired at Nebraska two years ago.

HAWKS SEASON IS SNEAKIN’ UP

The Boise Hawks’ season is less than two months away now, and the pieces are coming together as the club enters its new life in the independent Pioneer League. Gary Van Tol has long has his old Boise State coaching staff intact for the Hawks assignment, and he has already reached agreements with 19 of the 25 players needed on the roster. I’m told that the Hawks are “miles ahead” of most of their Pioneer League peers. The Hawks season begins May 22 on the road against the Ogden Raptors, and the home opener is Wednesday, May 26 versus the Grand Junction Rockies.

The Cougs in the championship game of the NCAA Tournament? Yes, the Washington State Cougars. That’s the day Wisconsin won it all, beating WSU 39-34 for the 1941 national title. And, of course, today many are saying that the Badgers’ style hasn’t changed much in eight decades. How about Wyoming in the title game? On this day in 1943, the Cowboys won the NCAA championship in New York’s Madison Square Garden, taking down Georgetown 46-34 behind College Player of the Year Kenny Sailors.

See all of our Boise State football coverage in our YouTube playlist: