“There will be a plaque of me,” Kristi Brown said. “My story will up forever, so for my future grand babies and everything to one day see. It’s just unreal.” 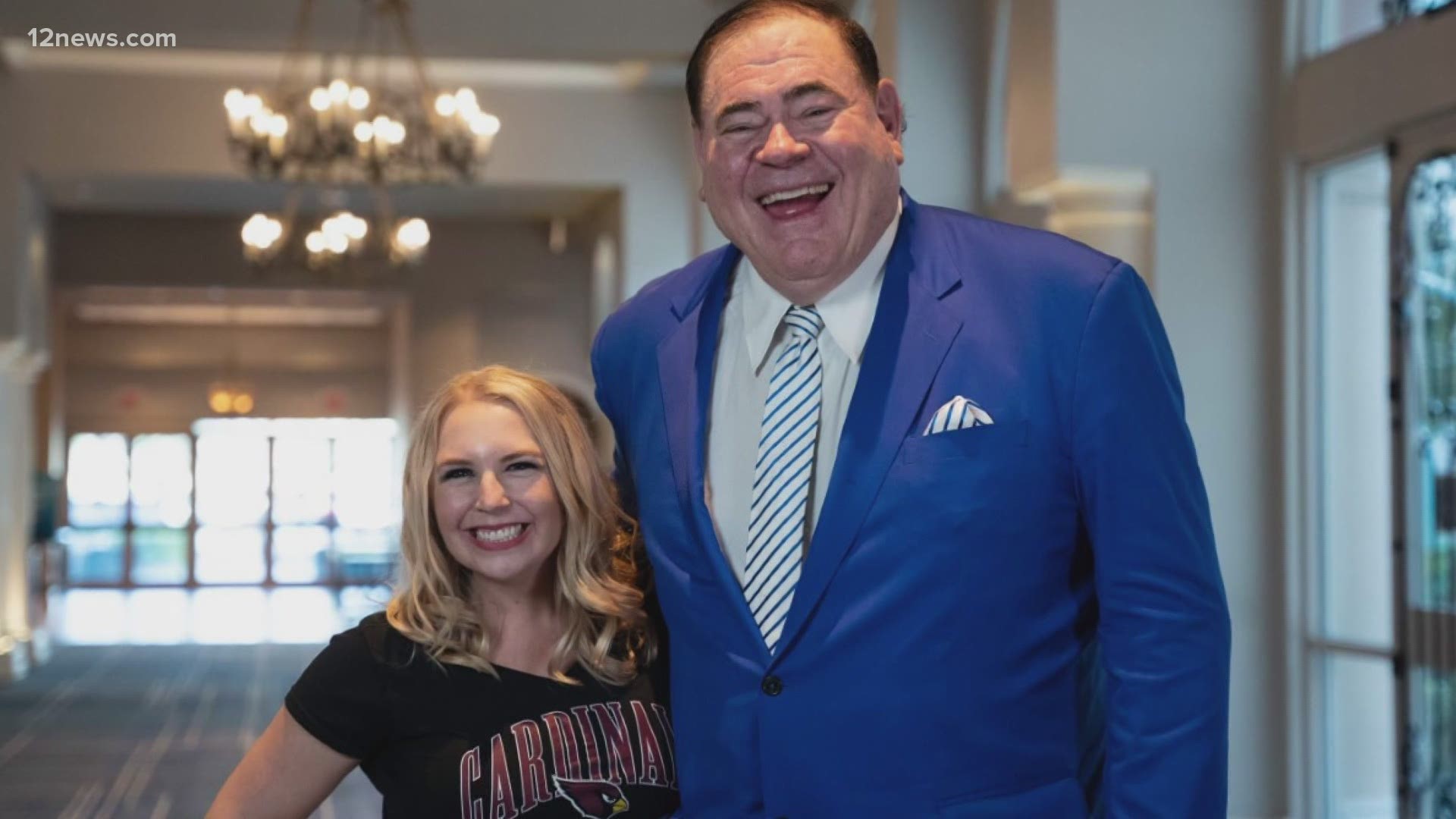 TAMPA, Fla. — Your votes paid off and it’s official: A diehard Arizona Cardinals fan and Valley health care worker will be inducted into the Hall of Fame.

We’ve been following Kristi Brown’s journey since she was first nominated for the Ford Hall of Fans contest.

Brown won an all-expenses paid trip to Super Bowl 55 and is one of three NFL fans who will be inducted into the Pro Football Hall of Fame in August.

“I was elated,” said Brown, talking with 12 News over Skype from Tampa just hours before Super Bowl 55.

Brown shared the moment when Hall of Fame President and CEO David Baker told her she’s going to be inducted into the Hall of Fans.

The mom of two and Banner Thunderbird nurse, along with two other NFL fans, were selected to receive tickets to the big game with an all-expenses paid trip.

Now they’ve learned they get to go to Canton, Ohio, to be enshrined during the Pro Football Hall of Fame, where they will be honored with their own display.

“There will be a plaque of me,” Brown said. “My story will up forever, so for my future grand babies and everything to one day see. It’s just unreal.”

Part of Brown’s drive to enter the contest? To raise awareness for a condition her 4-year-old son Brayden is living with. It’s called Chiari malformation, a condition where the brain tissue extends outside the skull.

When Brown attended the Super Bowl, she wore a shirt that read, “In this family, no one fights alone,” to continue raising awareness for Team Brayden and her ongoing fight to find a cure.

“This has all of his diagnoses on it,” she said.

Cheering on a familiar face while inspiring others

Even though the Arizona Cardinals aren’t playing this year, Kristi is pumped to attend the game to cheer on the Tampa Bay Buccaneers and head coach Bruce Arians.

“He did wonderful things on the Cardinals and he just has a special place in my heart,” Brown said.

Feeling blessed, Brown hopes to inspire others through this incredible experience.

When Brown isn't working at the hospital, she's helping administer COVID-19 vaccines at State Farm Stadium, a place near and dear to her heart as she was an Arizona Cardinals cheerleader years ago.