Sean Behrens was selected 61st overall in the 2021 NHL Draft by the Colorado Avalanche, and the freshman defender was already previously committed to move to Denver. 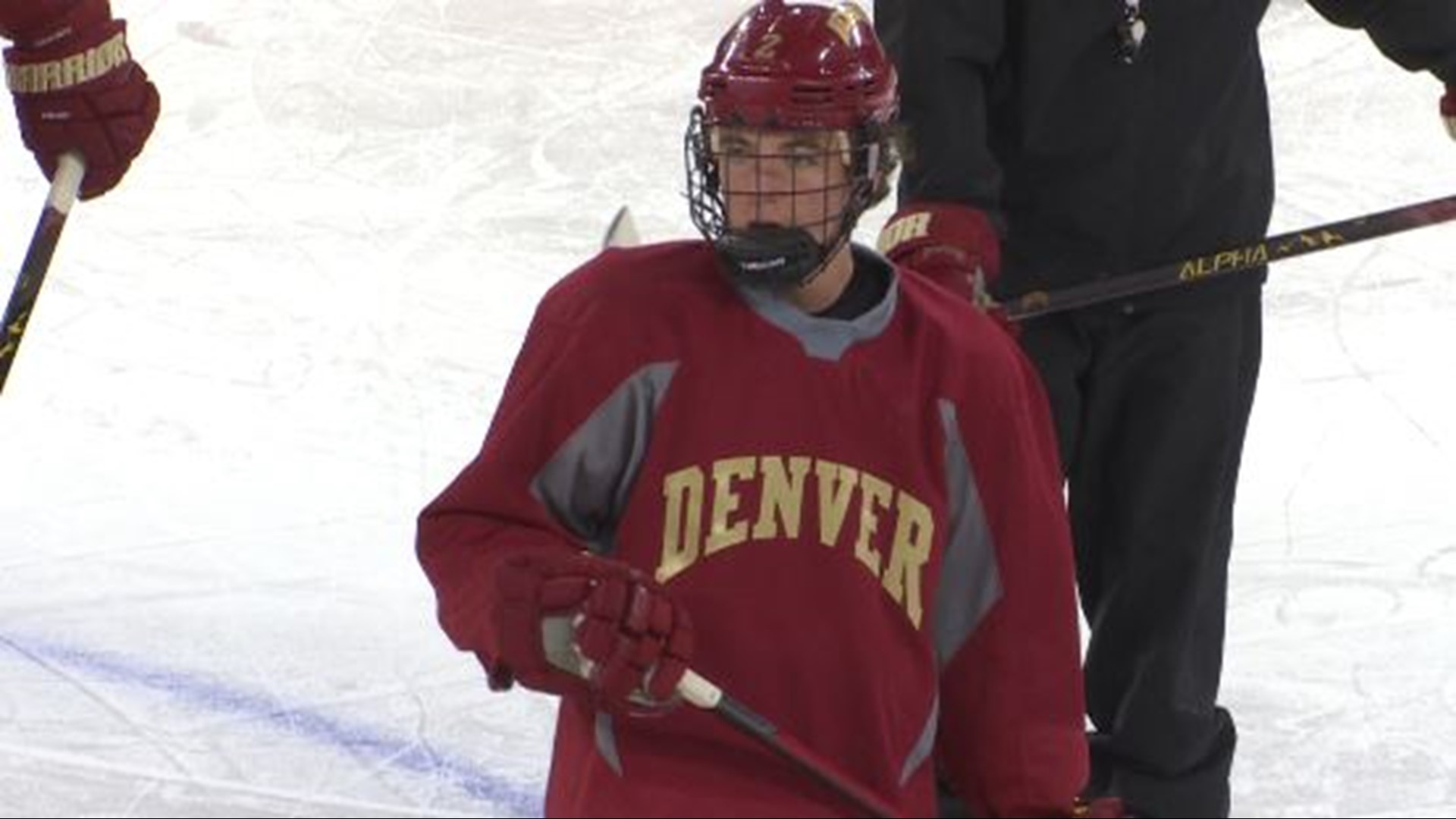 DENVER — No matter the team, no matter the city, Sean Behrens just dreamt of being an NHL player. But the team--and the city--made the moment even more special.

"With the 61st overall selection of the 2021 NHL Draft, the Colorado Avalanche have selected player Sean Behrens," the announcer said.

Behrens breathed a sigh of relief.

"On draft day, you don't really know what's going to happen so to finally get your name called, especially by an organization like the Avalanche, is super special. I wouldn't want to go anywhere else," he said.

Behrens won't have to go very far whenever he's eventually called up for professional duty. The defenseman starts his collegiate campaign Friday for the Denver Pioneers, only six miles away from Ball Arena.

"Denver is a great spot for my development and I wouldn't rather be anywhere else than here," he said. "I think this is perfect for me, having them in the backyard and then being able to make that jump. I think it's going to be super smooth when the time comes."

DU Hockey head coach David Carle is in his fourth year with the team. One of his former players, Logan O'Connor, went undrafted in 2018 and then signed with the Avalanche following an invite to rookie developmental camp.

"I think it's a really good thing that we're working together on a high-quality prospect. We have the same vision," Carle said. "We want Sean to win a championship here and be a big part of our team, and then ultimately one day, we want him to be lifting a Stanley Cup for the Avs."

In the meantime, Behrens is cherishing the unique opportunity to develop both his game and relationships in the same city he chose to set roots and spend his collegiate career.

"It's going to be really special to meet all of the people here and start making connections and kind of just always have DU here if I turn professional," Behrens said.

Denver opens up its 2021-22 season hosting Arizona State at Magness Arena on Friday and Saturday night. The Pios moved up one spot to No. 12 in the nation in the most recent USCHO.com poll, and entered the USA Today/USA Hockey Magazine Poll for the first time this year, ranking 13th in the country.