'This is going to be a real kickoff for us': Denver prepares for largest crowd in months

All-Star Game Weekend is one of the biggest events taking place since the COVID-19 pandemic hit last year. 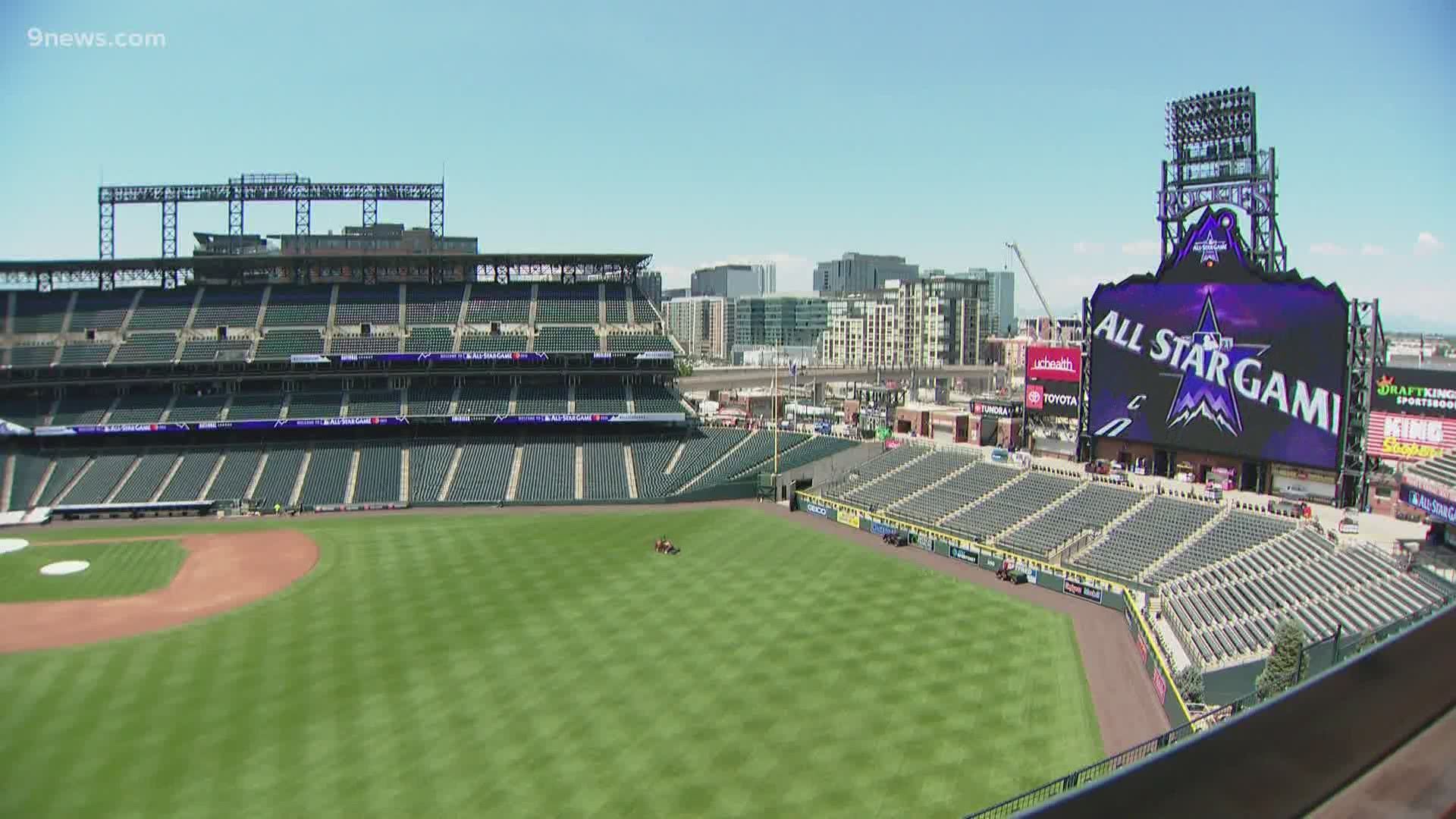 DENVER — Despite having just a few months to prepare, Colorado residents and visitors will be treated to a wide array of events leading up to the Major League Baseball All-Star Game at Coors Field on Tuesday.

"What normally takes two years to build, this phenomenal team got it done in 13 weeks," said Denver Mayor Michael Hancock.

The city and the Colorado Rockies had an eye on hosting the 2024 game but plans quickly changed earlier this year when MLB pulled the game from Atlanta due to a newly passed voting law in Georgia. The fact that the team was already bidding for a future game and their current out-of-town schedule were factors in bringing the game to Denver.

"But then it was the commitment of the Rockies to say we want to host, we're stepping up, and we're ready to do this," said Jeremiah Yolkut, MLB Director of Events.

The game on Tuesday is the main event but there are plenty of events taking place between now and then.

RELATED: All-Star Game-themed license plates are up for auction

One such event is the fan-friendly and interactive festival "Play Ball Park" at the Colorado Convention Center. It opens Friday and admission is free but tickets are required.

There are also outdoor 'lifestyle" events taking place at Civic Center Park which include a 5K event beginning at 9 a.m. Saturday. It will include a 1k fun run for kids and families with team mascots. After the race, there will breakfast, refreshments, music, and a beer garden.

Fans will be treated to a doubleheader on Sunday with the All-Star Futures Game at 11 a.m. followed by the All-Star Celebrity Softball Game at 4 p.m.

For the first time ever, the first round of the MLB Draft will be held as part of All-Star Week. It's at 5 pm. Sunday inside the Bellco Theatre at the Convention Center. The Home Run Derby is set for Monday night.

In addition, there will be events at the McNichols building next to Civic Center Park and murals placed around the Ballpark and Five Points neighborhoods.

The city will see a lasting impact from the game, according to Yolkut, who outlined some of the ways MLB is giving back.

He said they're working to refurbish ball fields and will provide assistance to schools and hospitals.

Given the challenges for businesses over the past year due to the COVID-19 pandemic, the event is especially welcome by those in the hospitality industry. 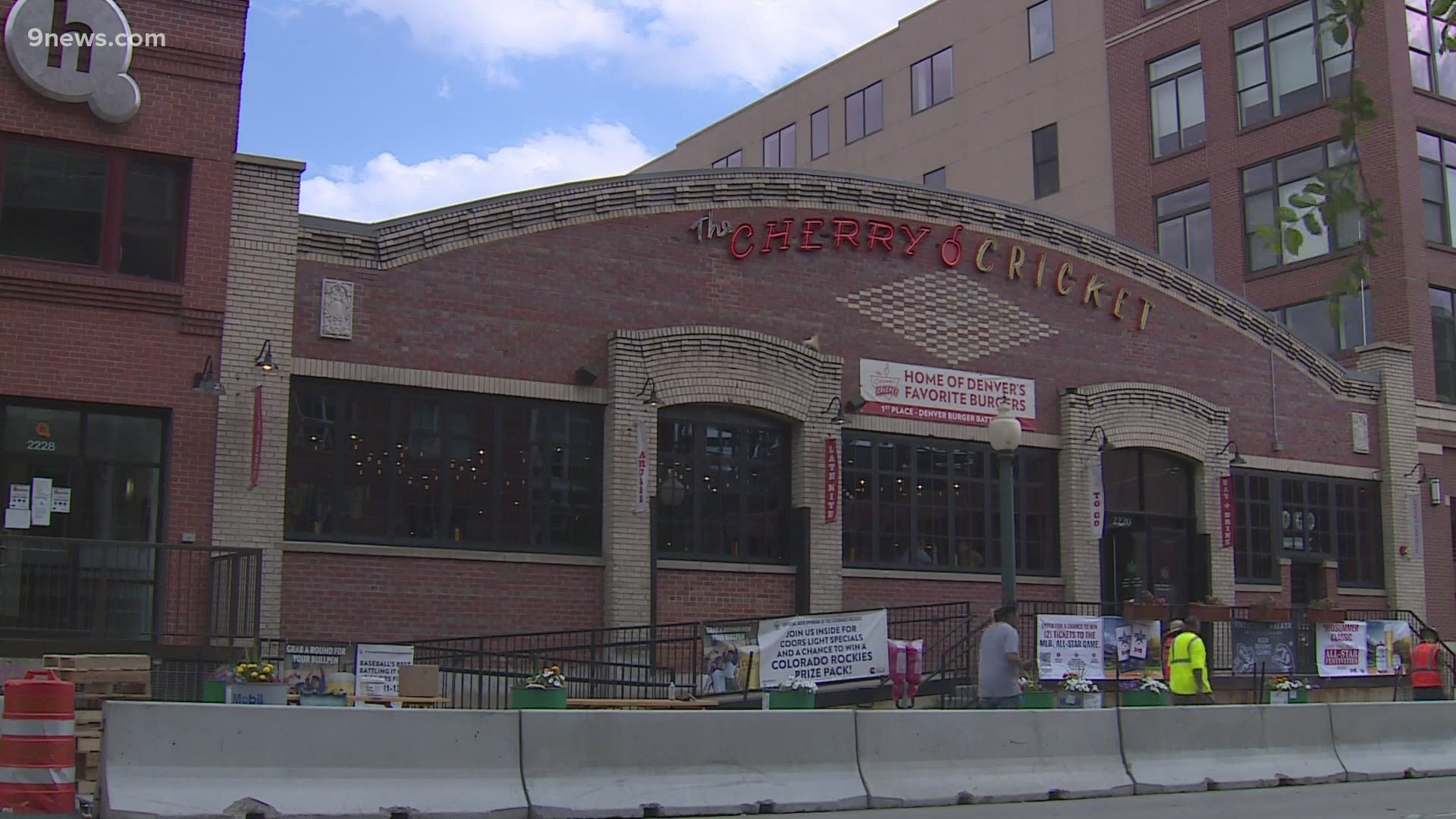 "We sat empty for nearly 16 months and a lot of jobs were lost," said VISIT Denver President & CEO Richard Scharf. "So this is really a coming out party. There is a lot of excitement around this. We are bringing back employees and there's a real hope that we can keep them employed from this point on, which is just something."

Scharf said he's confident they'll have enough staff to handle the extra crowds, but did urge people to be patient because staffing levels are still below where they should be.

"This is going to be a real kickoff for us," he said.

VISIT Denver, says previously the All-Star Game would generate anywhere from $60 to more than $100 Million for its local economy. Officials say it's hard to project after the pandemic, but they are still hoping to land somewhere in between. Atlanta was expected to bring in $100 Million.

Many business owners throughout downtown are thrilled to have this opportunity. Especially, Noe Magdaleno, the owner of Vices Sneakers and Hype on Welton Street.

"Not take any opportunity for granted and having something big like MLB All-Star Weekend coming basically soon as everything reopens, that's a huge opportunity," he said.

As a business owner, he's taking advantage by bringing out a mobile retail store and releasing new apparel surrounding the game.

"We did a World Series Style patch on our other hat.

Hancock, however, urged caution among those who have not yet been vaccinated against COVID-19.

"As with any situation, if you are not fully vaccinated, the variant, COVID in general, presents an extreme risk to you," he said. "It's important that as you come to engage with crowds you protect yourself and those around you."

Officials with RTD told us they plan to add service this weekend in the areas they believe will be the busiest. That includes areas along the 16th Street Mall. 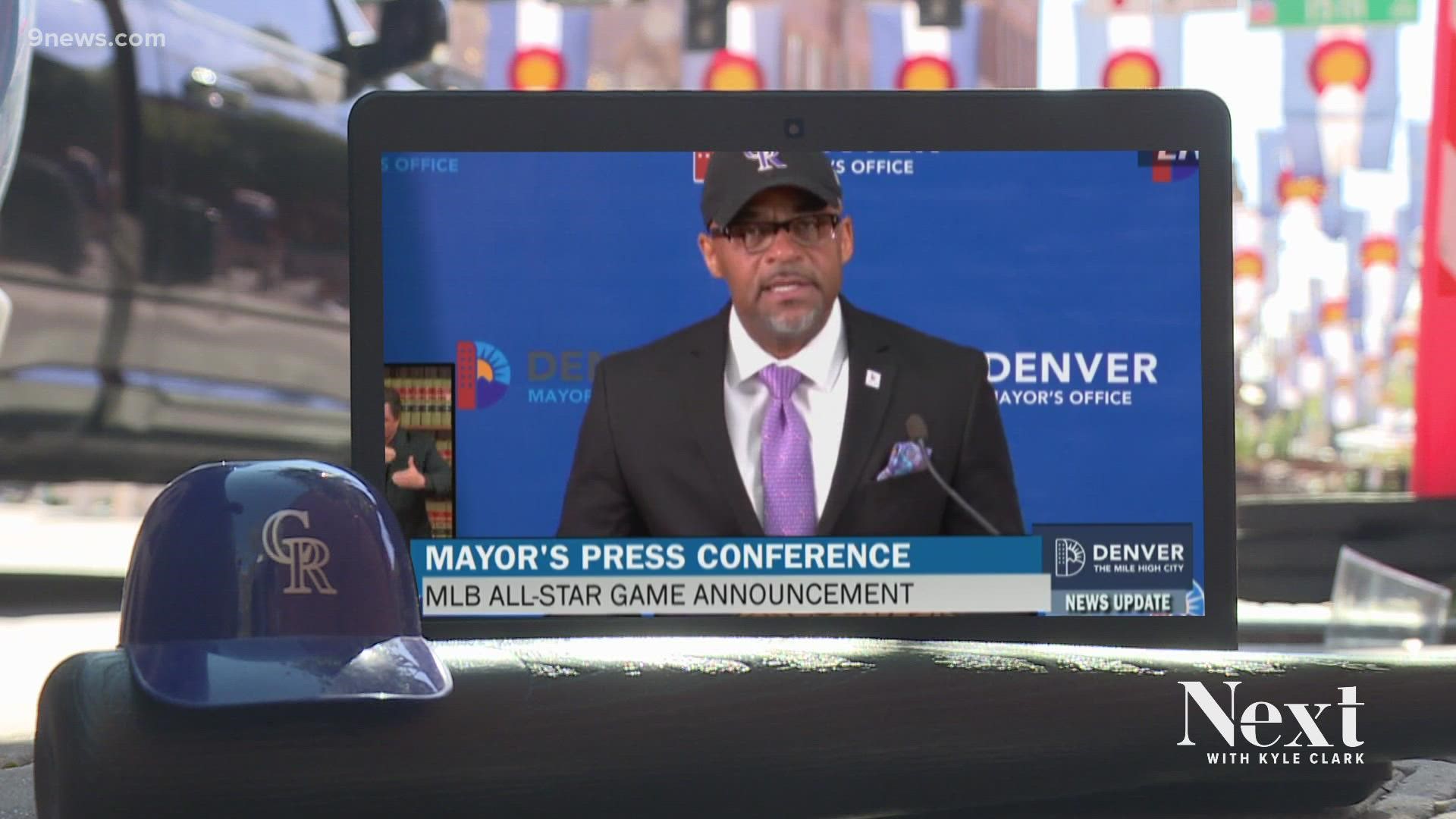