Kevin Gausman graduated from Grandview High School in 2010, before being drafted by the Baltimore Orioles in 2012. This is his first-ever All Star Game appearance. 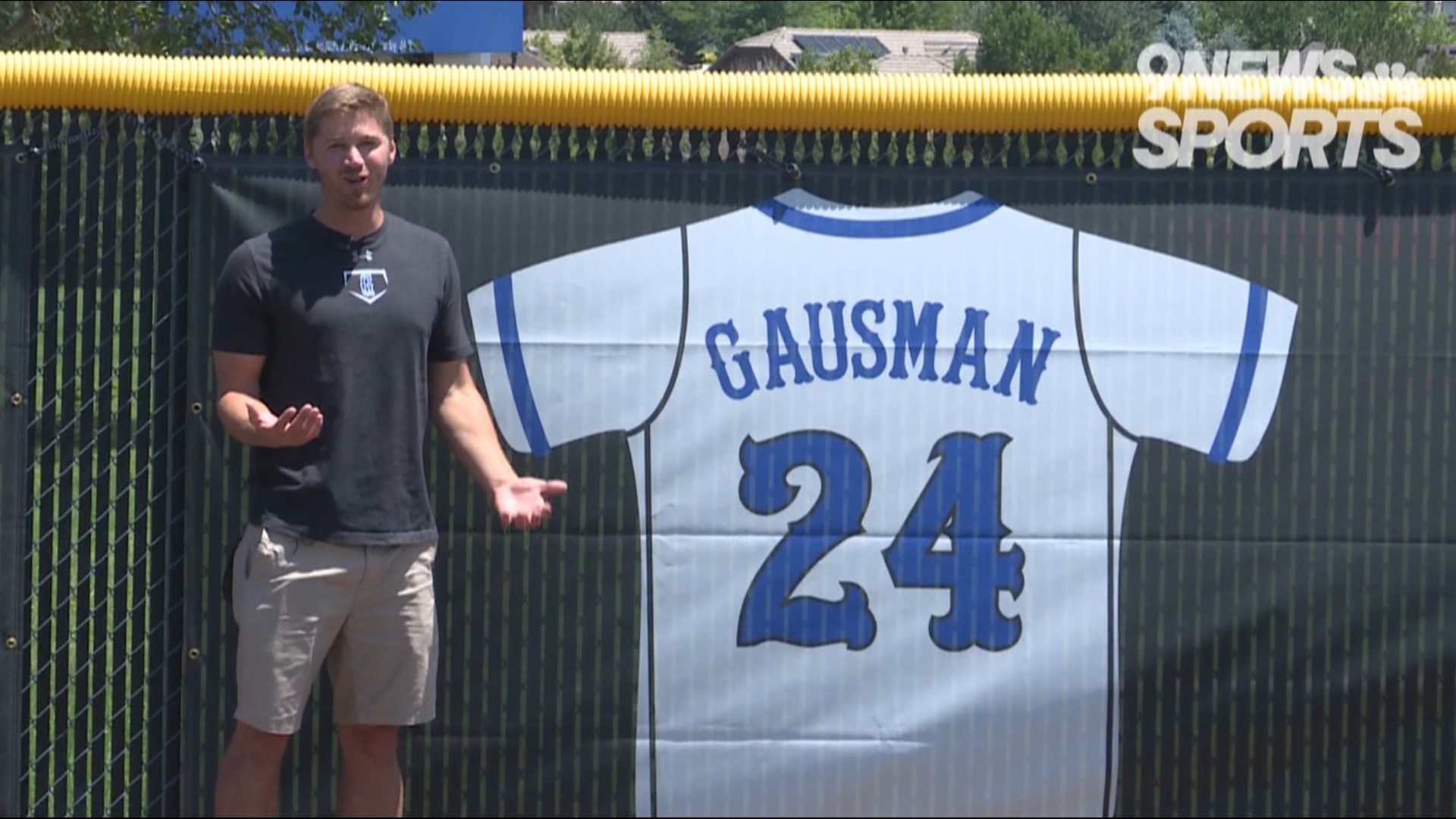 AURORA, Colo — The outfield of the Grandview High School baseball field is adorned with three jerseys: The Class of 2020, for their lost season; Greg Bird, for one of the most prolific hitters in Colorado high school history; and Kevin Gausman.

"My brother's number in high school was 24," Brian Gausman said. "The reason he's 24 is that he stole my number, which was 24. So it's kind of interesting to look out here and see the 'Gausman 24' thing."

Brian Gausman pitched at Grandview until 2003, before becoming a four-year player at New Mexico State and playing two seasons in the Kansas City Royals system.

"We both just kind of took naturally to that," he said. "It's kind of the one point in baseball where the spotlight is kind of on you and we both kind of gravitated to that."

Kevin Gausman gravitated toward the mound about seven years after his big brother, Brian. As a freshman at Grandview, it was already obvious that he had "the stuff."

But Adams knew he needed a bit of humbling first.

"Kevin had kind of run astray and so we had a man-to-man, coach-to-player talk and I put him on the freshman team to let him know that I wasn't playing around," Adams said. "He took that challenge."

A challenge that eventually eventually propelled Gausman to a first-round draft pick, and nine years later, his first-ever All Star Game selection.

"Even to this day, seeing him on TV, and we were just in Anaheim seeing him a couple of weeks ago, and it's just like 'that's my little brother,' like that just doesn't make any sense," Brian said.

Coach Adams said he hoped he had an impact of growing him into the stellar man he turned into, since Gausman was already a star player early.

"The baseball stuff, they were so god-blessed, that a tweak here, some mental stuff there, but not very much coaching," Adams said. "I'm really proud of him. The amount of work that he's put into it, it's really cool."

A feeling shared by Brian, but one mixed with emotions of wishing he had reached the same potential.

"There's some jealousy and envy there," Brian admitted. "I just think some of the experiences that he has had."

Brian left baseball after minor league rookie ball in 2007 and is now the freshman coach at their alma mater. He said his brother's All Star Game appearance will leave a lasting legacy.

"The 10, 11, and 12 year olds that are going to be Grandview Wolves here in a couple of years. They're going to be talking about my brother, walking onto this field. Thinking that those things are true possibilities."