Holy grail of baseball cards is on display at McGregor Square

The 1952 Topps Mickey Mantle card arrived at the Hall of Legends exhibit by armored car on Saturday. 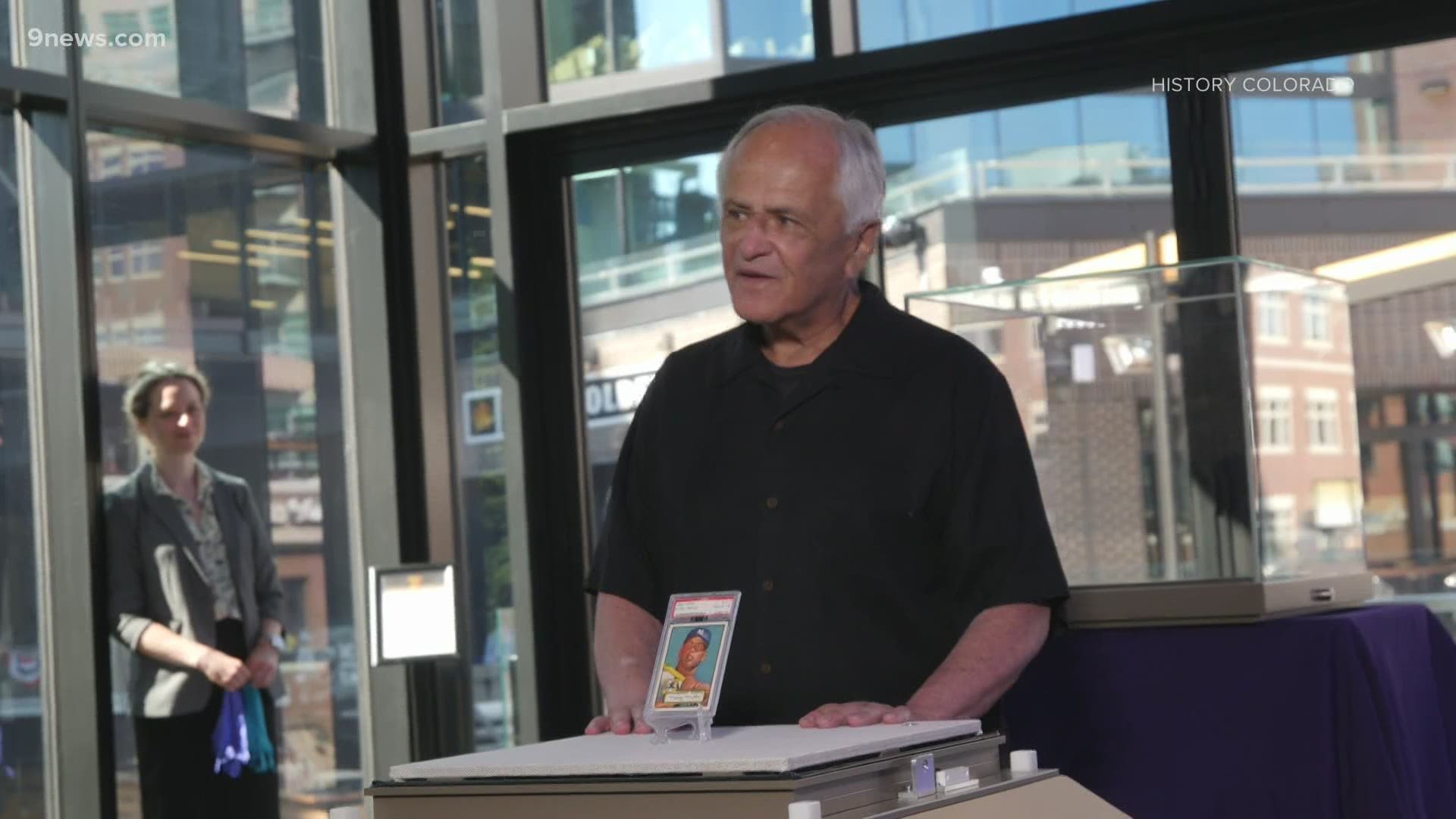 DENVER — It's been called the most sought-after baseball card in the world, and it got an entrance worthy of its status.

The mint-condition 1952 Topps Mickey Mantle card arrived by armored car, escorted by around 15 Denver Police officers, on Saturday morning at the Rally Hotel at McGregor Square.

Usually the card is kept in a bank vault, but for three days, it will be on display in the Hall of Legends exhibit at the hotel. Private collector Marshall Fogel, of Denver, has owned the card since 1996.

Baseball historian Jason Hanson is the chief creative officer at History Colorado and the organizer of the Hall of Legends exhibit. He and Fogel met the armored car outside the hotel. The card, in a black box, was set on a cart that Hanson wheeled through the hotel.

Hanson then opened the box, donned a pair of purple gloves, and carefully set the card in its display case.

Credit: Colorado Rockies
Jason Hanson removes the Mickey Mantle card from a box for display in the Hall of Legends exhibit.

The display case is the same one that housed President Thomas Jefferson's Bible and the inkwell that Gens. Robert E. Lee and Ulysses S. Grant used to sign the surrender at Appomattox, when those items came through Denver, Hanson said.

"We thought it was the right case to put this card in," Hanson said.

Fogel said he was honored to be a part of the exhibit.

Credit: Colorado Rockies
Baseball memorabilia collector Marshall Fogel stands with his 1952 Topps Mickey Mantle card as it's put on display in the Hall of Legends exhibit.

The Mantle card will be on display from Saturday through Monday.

The Hall of Legends exhibit is part of the city's All-Star Game events and is a collection more than 30 pieces of legendary baseball memorabilia, like the jersey worn by Joe DiMaggio when he hit his last home run in his final game in the 1951 World Series.

Advance tickets for the exhibit are $10 and available at rockies.com/halloflegends, and in person for $20 at The Rally Store, at 20th and Wazee streets.

Credit: Colorado Rockies
The Hall of Legends exhibit is at McGregor Square this weekend as part of the events around the All-Star Game.

RELATED: All-Star Week: A guide to the Midsummer Classic in Denver