Grandview High School alum Michaela Onyenwere was selected by the New York Liberty with the No. 6 overall pick on Thursday night. 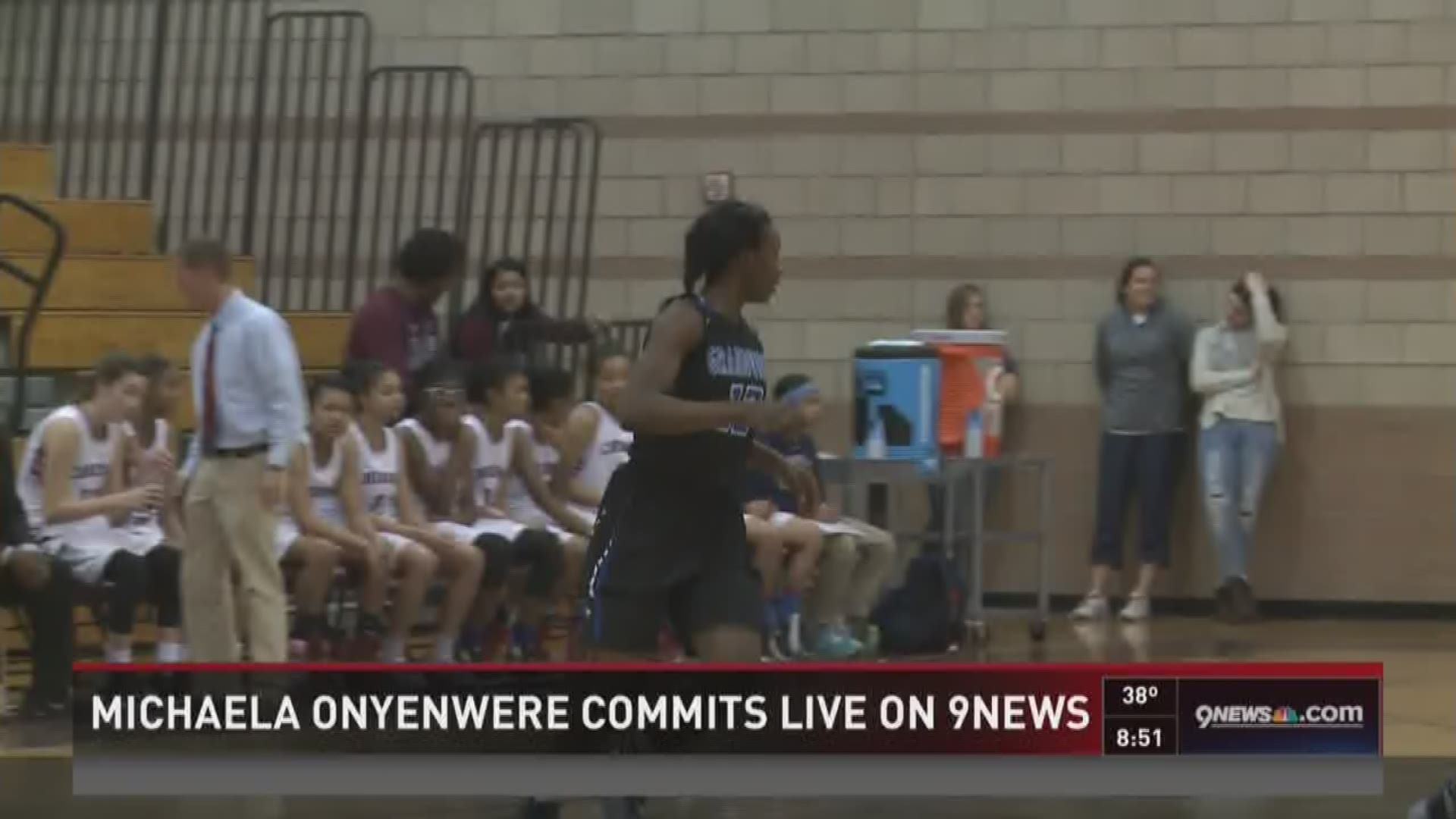 The Grandview High School alum became the first player from Colorado to be selected in the first round of the WNBA draft on Thursday night.

Onyenwere, a 6-foot forward, was drafted by the New York Liberty with the No. 6 overall pick.

She graduated in 2017 from Grandview, where she was a standout for the Wolves' girls basketball team.

Onyenwere led Grandview to the Class 5A state championship title her senior season and was honored as a McDonald's All-American. She became Colorado's first three-time Player of the Year, earning the title from Gatorade her sophomore, junior and senior seasons.

>>Video above: Michaela Onyenwere commits to UCLA live on 9NEWS

Onyenwere went on to play her college career at UCLA.

She earned All-Pac-12 honors by averaging more than 19 points, seven rebounds and two assists per game for the Bruins.

Mesa Ridge alum Kylee Shook had been Colorado's highest-drafted player until Thursday. She was selected 13th overall (second round) by the New York Liberty in the 2020 WNBA draft.