Black swimmers currently make up only 1.4 percent of all USA Swimming athletes in the nation, with Coloradans far behind at .4 percent. 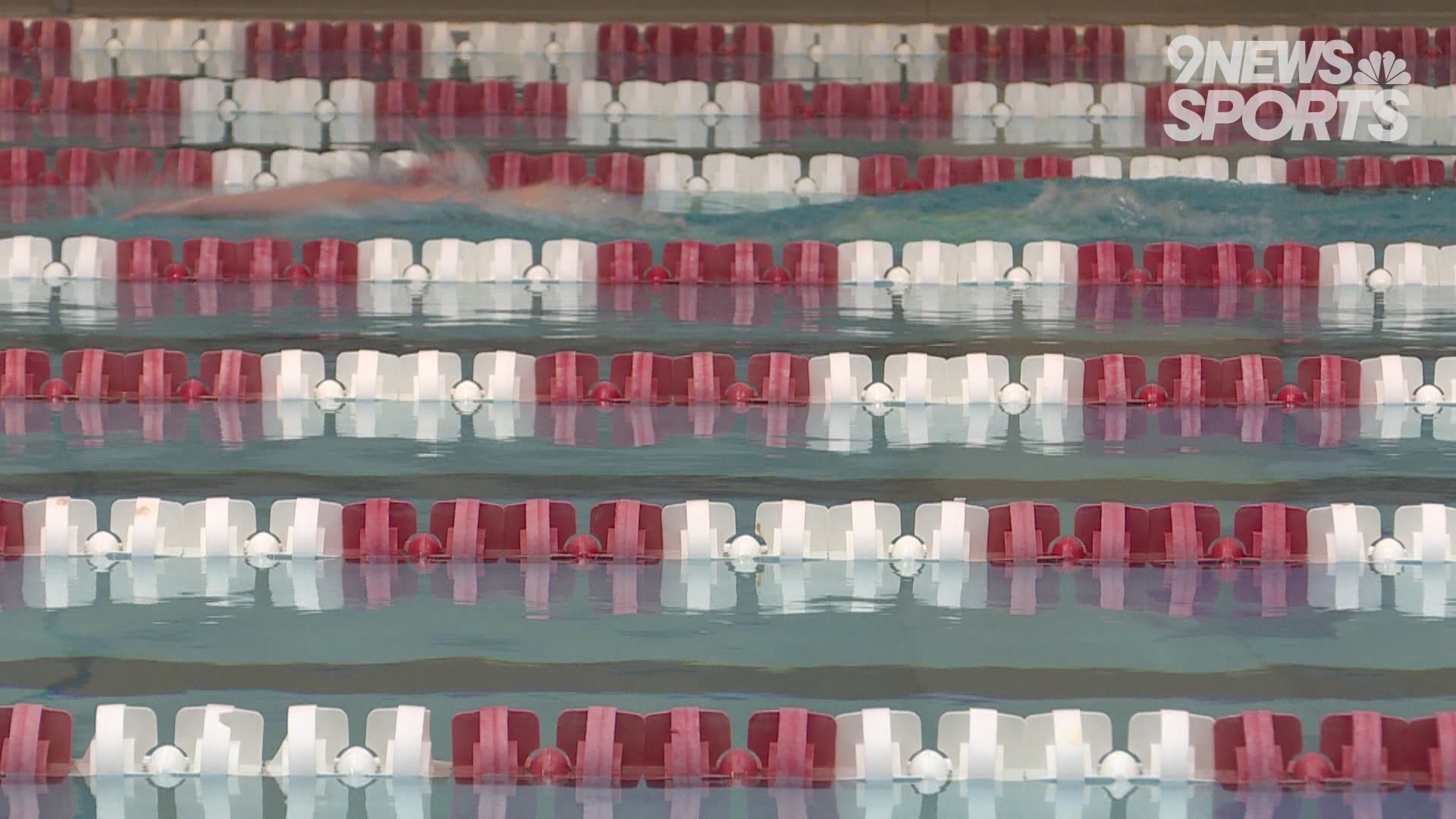 DENVER — When Avry Kennison stepped onto the deck at the 3A Swimming and Diving State Championships, she wasn't just alone in that competition, she had never competed alongside another black swimmer all year.

"Not once during my season actually," the Thompson Valley junior said.

That's not uncommon. According to USA Swimming in 2019, only 1.4 percent of year-round swimmers in the country identified as black. In Colorado, the total number was only 30 swimmers, accounting for only .4 percent of the overall swimming population.

"So it's pretty hard to fit in, but I find it as an opportunity to shine and stand out," Kennison said.

Up in the 5A ranks, Lyndsey Wehr at least has her own Arapahoe teammate Harris Galvin by her side. On her club team in Highlands Ranch, she also has three Asian-American teammates, but said the non-white representation stops there.

Wehr was a top recruit in the 2021 class, and said her Division I recruiting process was predominantly white.

"Looking at teams and looking at their rosters, there weren't very many, if any, black people on their teams in general," Wehr said.

Kennison mentioned that the lack of opportunities for some families can be a key issue for some potential black swimmers. According to USA Swimming, 64 percent of African American children either have low swimming ability or no swimming ability, compared to 40 percent of white children.

It's a systemic problem that dates back to the early 1900's, where white families had more access to public and private pools to learn how to swim. That has led to some hurtful stereotypes that "black people can't swim," which these two women still hear today.

"Of course, there were some jokes about 'you can swim?' but at the time I couldn't," Kennison laughs off the jokes kids made about her when she was first learning to swim in the sixth grade, after joining her middle school swim team. "It definitely can be [the most hurtful stereotype], especially adding in the entire black community, and it's kind of hurtful, but that's what I like to prove different."

Wehr said she heard the same one at the same point in her early adolescence.

"The first time I ever heard it and actually thought about it was in middle school when I actually started missing school for meets and people would say, 'you swim? That just doesn't sit well in my brain.'"

They can clearly swim, but it takes representation at the highest level to help erase decades of painful stereotypes.

"There's a lot of power in the fact that she won and it just inspired so many black girls and little boys to swim," she said. "It's important to have somebody out there to shed an example, as well as being a part of an image that other people can say, 'I can do that, too!'"

As a University of Minnesota commit, Wehr hopes to be a part of that next generation of inspirational black athletes.

"It's impactful when people see people of color competing at bigger levels and higher levels," she said. "I think it just shows them that they can do it too."