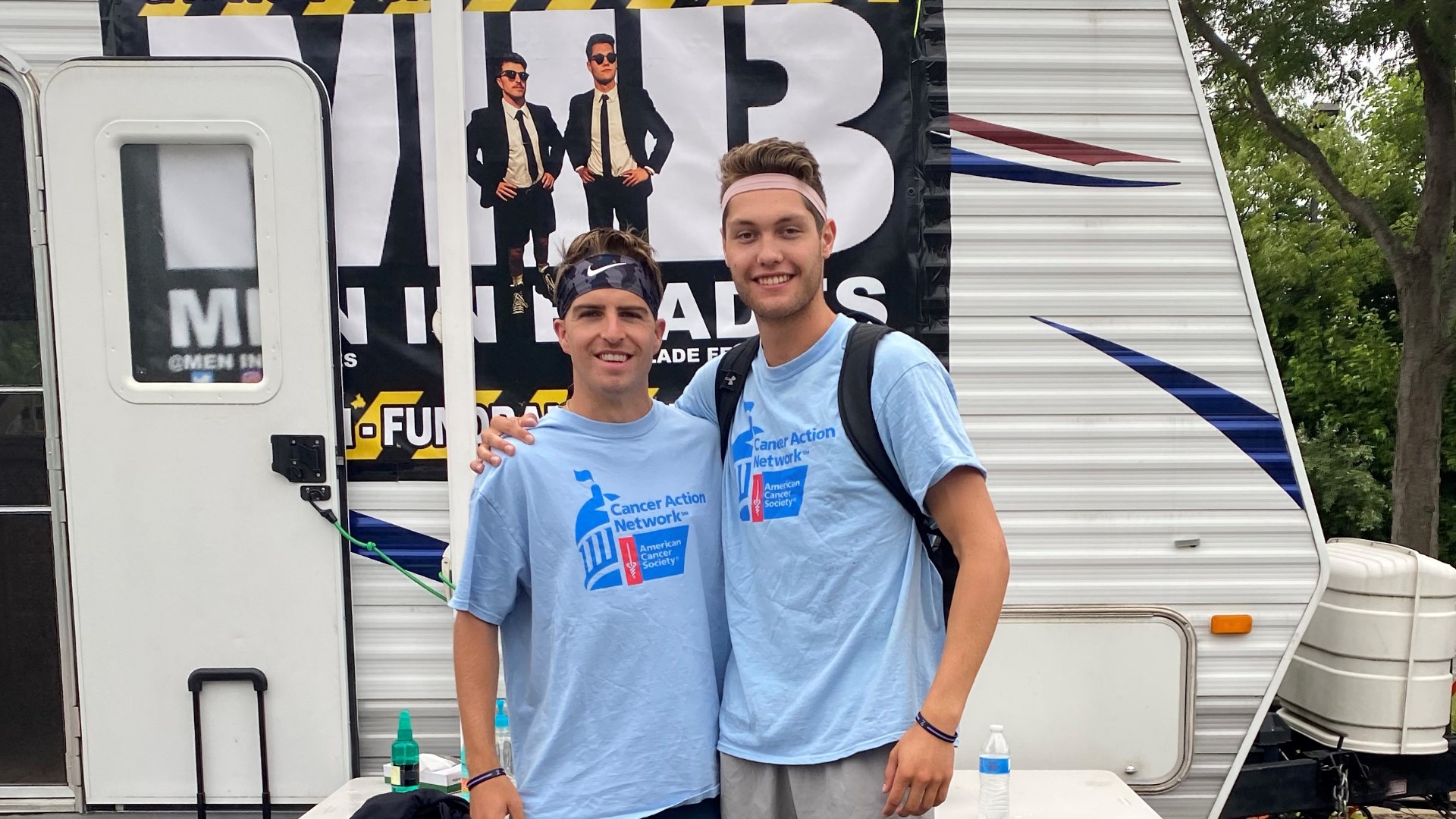 DENVER — 1,000 miles: it's often used as hyperbole, but for two best friends, it was a fundraising goal.

Jake Adkins and Andy Walker call themselves the Men in Blades.

"We've had this poster on the RV the whole time. It says 'Caution: Fundraiser in Progress.'"

The rest of the poster is exactly what you'd imagine: Men In Black typography with both Jake and Andy standing dead center in suits with sunglasses. The difference, however, the two are adorned with inline skates on their feet.

The poster was meant to attract attention during the 1,000-mile journey, but it wasn't all fun and games. The Cherry Creek graduate said this adventure took months of preparation.

"I can't even believe, it's so surreal that we pulled it off, and now it's over, everything we worked for all summer."

Jake and Andy are used to strapping on the skates for UMass Boston, but inline skates are something new to them. Without any team practices all summer, they needed some way to stay active.

Andy first came up with the idea to skate coast-to-coast from Massachusetts to California, before realizing truly how far that would be. He then readjusted the plan to finish in his home state of Michigan. But to where would the funds go?

Andy explained that most fundraising is going directly toward COVID-relief funds at the moment, and other charities are feeling the pain.

"The American Cancer Society has a great quote that says, 'cancer hasn't stopped, so neither have we,'" Jake added.

They used that slogan to push through the hard times during the journey.

It was a whole team behind the Men in Blades, including a chef, a trainer, and Jake's father pulling an RV to set up camp each night. When it came down to the final stretch though, it was up to Jake and Andy to push each other.

"There were a lot of times during the trip where we looked at each other and were like, 'I don't know if I can do this,' and the other would be like 'we have to,'" Jake said.

Finishing the trip on Andy's front lawn, brought their entire journey into perspective.

"It really did bring tears to our eyes. We kind of collapsed in the front lawn and we knew we made it," Andy said. "We knew once the journey began, quitting wasn't an option. Just reassured our love for each other and our determination together, how we share that mindset."

As of Thursday July 30, the GoFundMe had already eclipsed $27,000 of the $100,000 fundraising goal. To donate to their fund, go to https://www.gofundme.com/f/blade-ferdarona.