When she asked the student-athletes if they wanted to play, they responded with a resounding, 'Yes.' 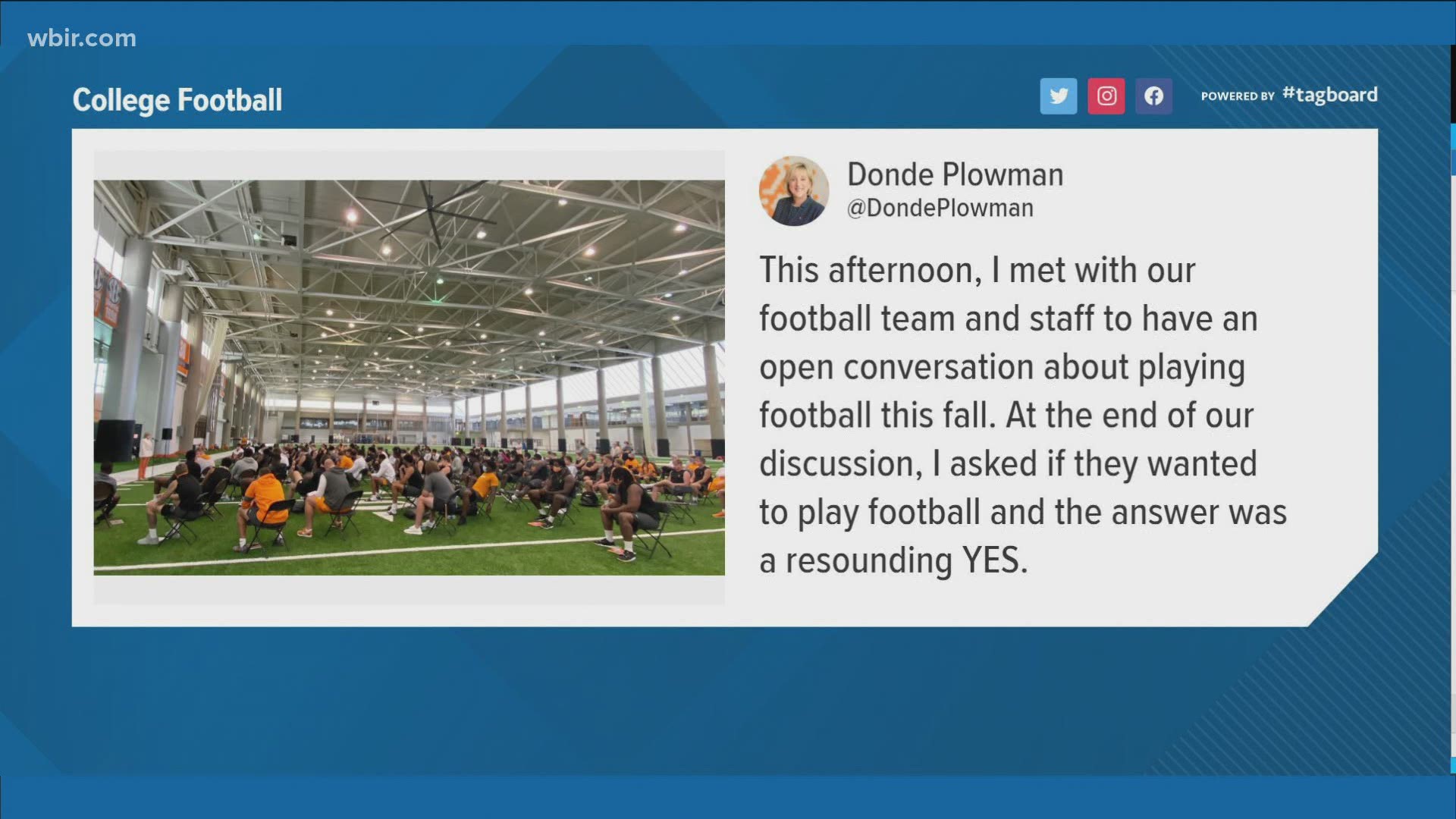 Amid uncertainty due to COVID-19, college football has continued to be a question.

SEC Commissioner Greg Sankey posted a message on Twitter Monday that seems both cautious and optimistic.

"We have never had a FB season in a COVID-19 environment. Can we play? I don’t know. We haven’t stopped trying," he wrote.

RELATED: "Can we play? I don't know." SEC commissioner Greg Sankey on uncertainly of fall football

Players have spoken out in support of starting the season on social media using #WeWantToPlay.

At the end of the open discussion with the team, Plowman asked the student-athletes if they wanted to play this season, which they responded to with a resounding, "YES!"

This afternoon, I met with our football team and staff to have an open conversation about playing football this fall. At the end of our discussion, I asked if they wanted to play football and the answer was a resounding YES. pic.twitter.com/cg9AFw4J86

Plowman took to Twitter in praise of the work the team has put forth since returning to practice, and she said she cannot wait to see them take to Neyland Stadium this fall.

This group of student-athletes have worked hard to prepare for the season amidst detailed and strict healthy and safety protocols. I can’t wait to see them on the field in Neyland Stadium. pic.twitter.com/1vX7FV9IMO