No. 1 Colorado Academy takes down No. 4 KIPP Denver Collegiate to advance to 3A soccer state championship

The Mustangs continued their undefeated season on Wednesday night. 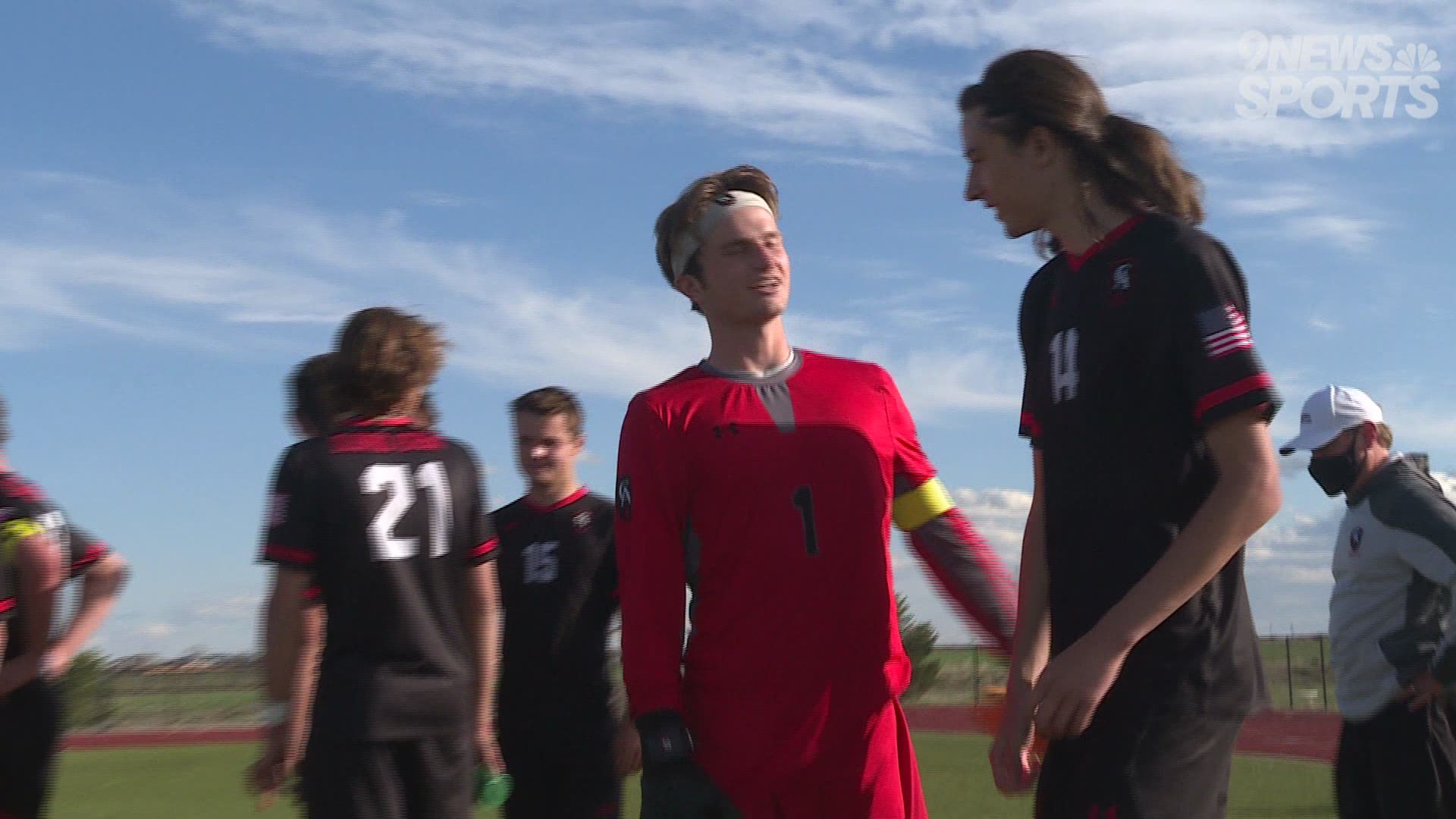 LONGMONT, Colo. — The 3A Colorado state championship soccer game is set as No. 1 seed Colorado Academy will take on No. 14 Frontier Academy on Saturday night in a battle of the academies.

In the first 3A semifinal game on Wednesday night, Colorado Academy continued an undefeated season, taking down KIPP Denver Collegiate 2-1 in a back and forth battle.

Frontier Academy shocked the state and took down No. 3 Lamar then No. 6 Manitou Springs followed by a wild victory over No. 2 Liberty Common in the second game to also earn a spot.

Colorado Academy jumped ahead to a two-goal lead a few short minutes into the second half in the first game. Although KIPP Denver was able to find the back of the net once they could not tie things up as CA will head to Colorado Springs Saturday night for a chance to close out their 2021 campaign a perfect 14-0 as state champions.

This will be their first trip to the state title game in the last four seasons.

>> Watch the extended video above that includes an interview with Colorado Academy's Nick Maffei and see the highlights on the 9NEWS Prep Rally on Saturday morning!

Catch the 9NEWS Prep Rally with Scotty Gange Saturday and Sunday mornings at 6:45, 7:45, and 8:45 for highlights and feature stories from around Colorado in the high school athletics community.